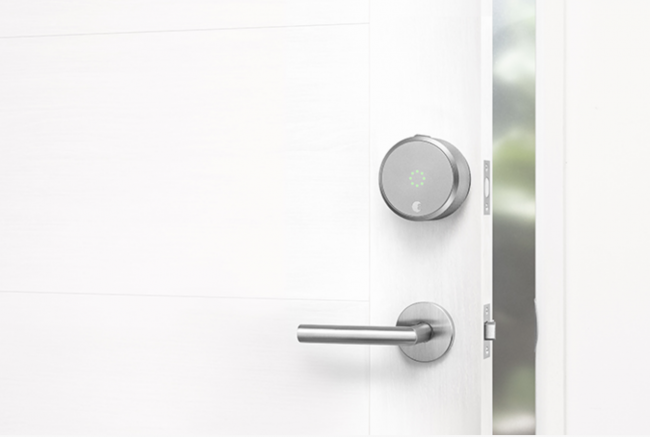 I once bought a car in part because the concept of a push button ignition made me feel like I was living in the future. However, nothing feels more futuristic than the August Smart Lock + Connect I installed in my apartment recently —it’s not quite as futuristic as the magic doors in Star Trek, but it’s pretty darn close!

The really amazing part of the August Smart Lock Pro + Connect is that doesn’t require you to alter your existing locks. It fits over the hardware for your existing deadbolt, which means that even if you rent (like me) you can still install it. Someone can still use a key like normal, but on the inside, there’s a motorized lock that can magically unlock the door without a key. And best of all, setup took next to no time! 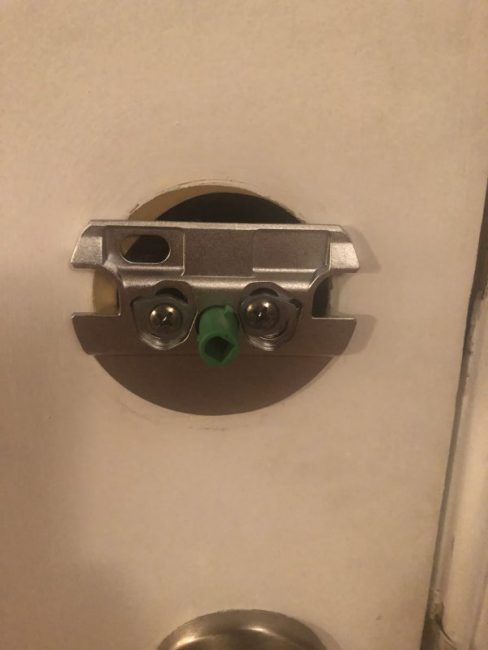 Installing the lock was insanely simple, and aside from a screwdriver, everything came in the box. First, I put the tape August provided over the outside to hold the lock in place, then I unscrewed the back plate and installed the special attachment plate for the lock. August included adapters for the center post in most common locks, and from there it was just a matter of attaching the actual motorized lock. 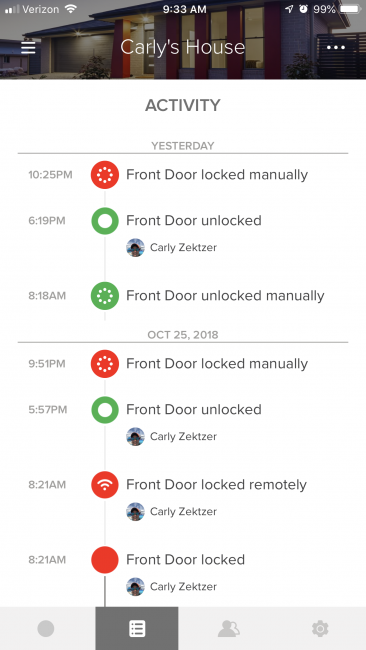 Setting up the app was an absolute snap. It found the lock with no problem, and the lock/unlock interface is very clear and easy to use. August also included the Connect WiFi Bridge, which was also very easy to install. The WiFi Bridge lets you remote lock/unlock from anywhere, which saves that nagging “Did I lock the front door?” feeling. The app did tell me my first choice for installation location was too weak, but the outlet literally 5 feet to the right was fine. I’m assuming it was some weird quirk of geography and architecture, but be prepared for more than one potential location for the bridge. In total, I had the entire lock installed and up and running in about 20 minutes. It would have been 15, but I had to find a screwdriver and move a cabinet to access an outlet for the WiFi bridge. 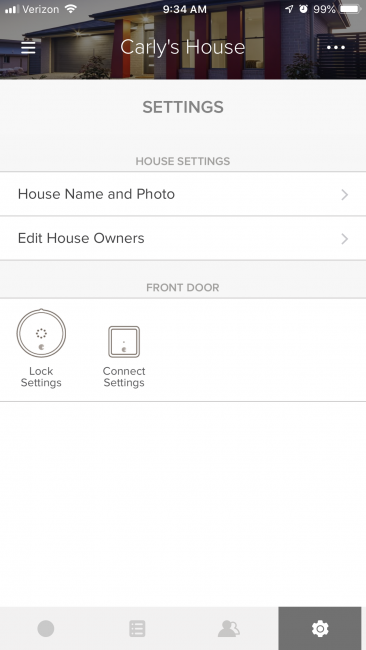 I set up the lock for both Homekit and Google Home, which delights my 5-year-old son to no end. He likes asking Google Home to lock the door at the end of the night, and if he’s a good listener when getting ready in the mornings, it’s his job to ask Siri to lock the door when we leave the house. Note that we only really need to deal with locking the door, because August has a super handy feature where you can set your door to unlock when you return to your home area. It’s sort of like having an electronic butler on my door. I pull into my parking space, and my front door conveniently unlocks itself for me. I don’t have to juggle groceries, a small child, the small child’s random collection of sticks he found while on a hike, and other miscellaneous items that seem to always get carried from place to place AND unlock a door. At $279, it’s not an impulse buy, but it offers so many features in terms of ease of use and peace of mind that it’s a worthwhile purchase. 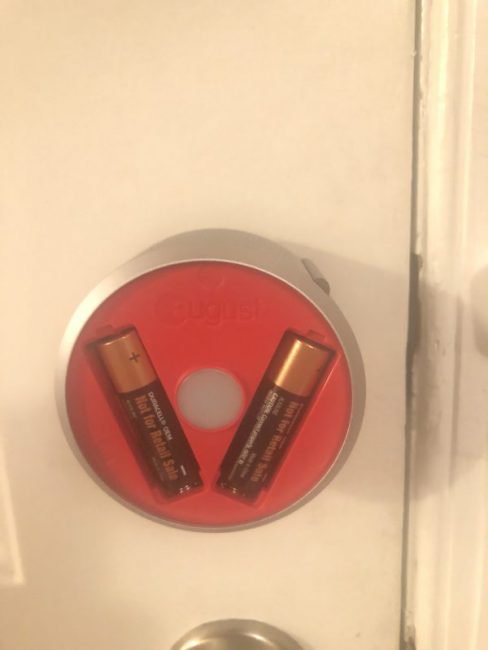 August locks are compatible with Alexa, Google Home, and HomeKit; since I don’t have an Alexa device I can only comment on how it behaved with iOS and Google devices. Homekit was a little more confusing to set up, and confusingly every few attempts Siri will inform me she’s not authorized to unlock or lock my door. Usually while doing the unlocking or locking. This means either Homekit is slightly buggy or Siri is trying to gaslight me. Or both. Google seems to be pretty solid and has yet to try to confuse me, so I’d give the edge to Google if you were seeking one AI assistant over another. 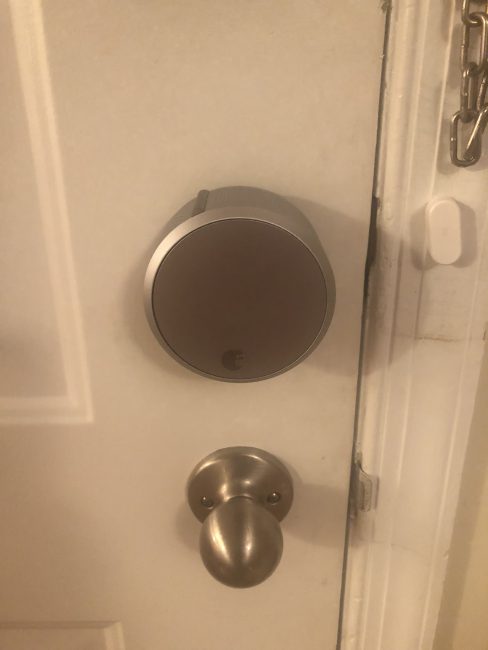 Overall, I’m super impressed with the $279 August Smart Lock. It was ridiculously easy to install, and it makes my life better in little ways. I also used it to convince my son his “sonic screwdriver” was real by activating the lock while he aimed his screwdriver at it. All jokes aside, everyone who sees it is rightly impressed with it; you can’t go back to a regular deadbolt after you’ve experienced an August Smart Lock Pro + Connect! You can learn more and order here.

What I Liked: Incredibly easy to install; works with multiple AI assistants; does not alter the lock in any way; can be used manually or electronically; remote locking brings peace of mind; can share lock access without making new keys.

What Needs Improvement: Homekit compatibility is buggy; much more expensive than buying a slew of spare keys.

Want an August Smart Lock Pro + Connect for your own home? We have one to give away.