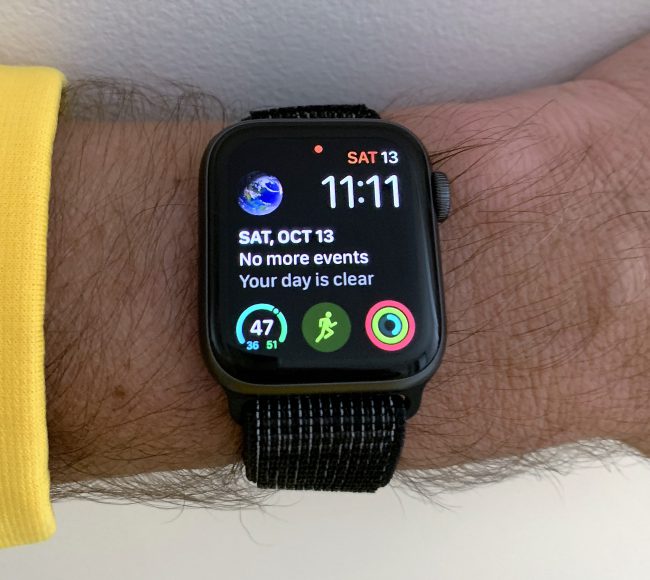 In case you haven’t heard, the Apple Watch Series 4 has been released – and it is getting rave reviews, which it deserves because it is really an excellent smartwatch. I will detail some of the features I love about this watch later, but first I have to express some annoyances.

I am a runner, so I got the Nike+ edition – which was the same thing I had done for the Series 2. However, overall I found the Nike features to be a complete failure, including:

The Requirement to Pair the Nike Run Club App

You get your new watch, pair it to your phone, go through setup, get ready to run and … you aren’t done yet. I found this out the hard way. Even though I had already installed the Nike Run Club app on my phone and logged into my account, I still had to register the watch with that specific app, because … well, frankly I have no idea. It is a stupid and frustrating time-waster, but at least it has the effect of transferring my settings, right?

You Still Have to Change Settings on Watch

Oh – I guess not. I had gone through and customized the run settings on my phone, which didn’t save as part of my account from my previous watch for some reason. So once I had those all set and everything was synchronized between phone and watch, I figured I would be all set – so away I went. And after one mile I discovered I was mistaken – none of the defaults were changed, so the splits, voice-overs, auto-pause and other settings were all wrong. Totally annoying – and I ask again, WHY did I need to register my watch separately with the app?

The Inability to Use Nike Workout as a General Complication

While Nike has some cool looking new watch faces – well, really it is the same stuff I had with the Series 2 Watch but now in more colors – Apple’s new Infograph watch faces are incredibly detail-rich and offer considerable flexibility and customization. Sadly, among all of the cool complications you can select, the Nike workout is NOT one of them. So immediately you have to choose – watch face or workout. I chose watch face, and therefore also the Apple Workout app.

The Lack of Proper Integration with Apple Health / Activity

OK, so I KNOW this sounds wrong, and in some ways, it is – you can choose Nike Run Club as a source for Apple Health, and you will see the results of your activities in your Activity app. But despite being done ON the Apple Watch, this data is treated as external, similar to when I run using my Garmin GPS watch through Garmin Connect. This inherently limits what you can see and do with the data – and therefore makes the Nike Run Club app more like a second-class citizen on the Apple Watch.

The Inability to Send Data to MyFitnessPal

Yes, I log my food into MyFitnessPal every day – it keeps me accountable in terms of both over AND under-eating, and helps me understand where my calories and macros are going. Because I run long distances, it is pretty normal for me to get a 50% ‘bonus’ calorie bump due to exercise – and I know that to maintain my weight it is important to hit my input targets.

So what is there that I LOVE about the Nike+ Apple Watch?

For the Series 4, I chose to get the ‘Sports Loop’ (read: Velcro) band. I had no idea if I would like it, but I ended up loving it! It is easy to use and very comfortable – and it is very breathable, something I definitely notice since I use the watch for sweaty workouts and then wear it into the shower.

The sad reality is that since the Apple Watch arrived in October, I only got a couple of runs in short sleeves to try it out and it will be several months before it gets the chance to reflect headlights again.

The Ability to Use All the Basic Apple Watch Stuff

I had really hoped to love all the big changes and advances Nike made over the last couple of years since the launched their first special edition watch – but sadly aside from new watch face colors and a logo hidden on the back, there is nothing to enjoy.

Thankfully you can still just ignore the fact that this is a Nike+ ‘Special Edition’ and use the new Infograph face with all the cool complications, use the Apple workout app, and otherwise just ignore everything that Nike added. And since it costs the same, it isn’t like there is a value loss.

The hype is real and everything you’ve already heard from a variety of tech sites is true – the Apple Watch Series 4 continues to be the very best smartwatch you can buy – and it isn’t even close. The screen is amazing, the watch is incredibly responsive, apps launch quickly, phone pairing is flawless, and on and on.

Since this is a fitness-focused version which I bought as a fitness-centric device, let me just be clear: while Apple is still not up with Garmin in terms of being a runner’s best option … they are MUCH closer. Here are a few things:
– The auto-pause is nearly instantaneous, and very accurate.
– GPS is fast locking and dead-on with my various other devices.
– Battery life is excellent, even with my two-hour GPS runs in the morning and constant use all day.
– I know that the Series 3 Apple Watch started ‘Flights Climbed’ – but my wife’s watch had pretty mediocre accuracy. The Series 4 matches my Garmin results very well.
– Perhaps because of tracking flights and better heart-rate monitoring, the estimated calories per workout now more closely match between the Apple Watch and Garmin. I really didn’t care much about which was ‘right’, but consistency is key.

So how about you? Have you taken the jump into the Apple Watch Series 4? Normal or Nike+ edition? What are your impressions – good and bad! Let us know in the comments!