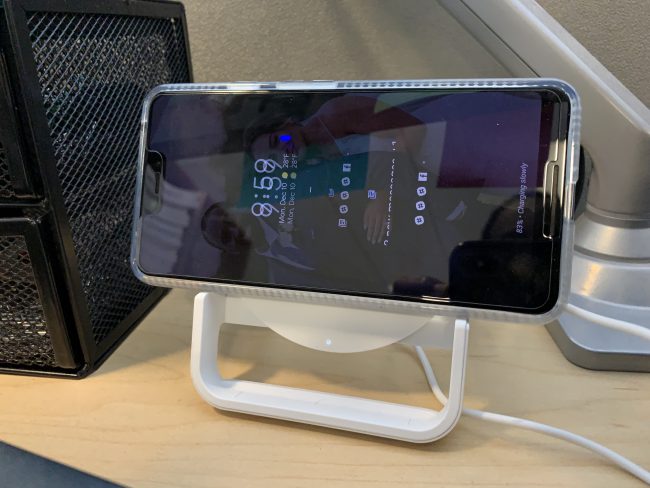 Belkin’s Boost Up Series is their latest group of accessories that allow you to better enjoy charging your devices in an innovative new way. We received the Boost Up Wireless Charging Stand 10W, as well as the Boost Up Charge Lightning Power Bank 10,000mAh. There’s a lot to love about each, so let me tell you why. 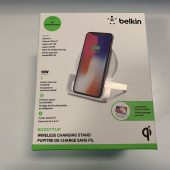 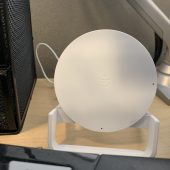 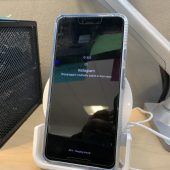 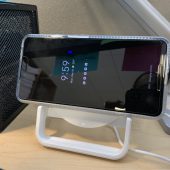 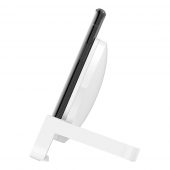 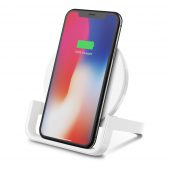 First up there’s the Boost Up Wireless Charging Stand 10W by Belkin. Available in black or white, the stand-up charger is compatible with all wireless charging devices, so as an iPhone XS Max as well as Google Pixel 3 XL user it’s great to be able to wirelessly charge my devices at work. I’ve used multiple chargers, however, thee Boost Up is the first that allows me to stand my smartphones in not just one, but two different views — landscape or portrait. It’s the fastest charger on the market, giving you up to 10-watts of wireless charging, which is leaps and bounds above the standard 5-watt charging I’ve used on the competition. 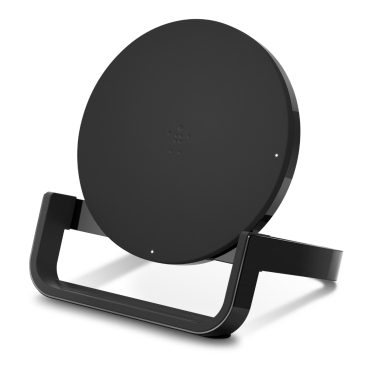 There are two LED lights on the stand, one to the right, and another at the bottom that illuminate white when charging a device. What I love the most is as someone who tends to watch videos at the office, I can actually turn the device in landscape mode to watch my movies all the while charging at the same variable speed. I change cases often as well, and every single case, from Lifeproof, as well as Otterbox Defender cases, have worked in charging. I’m currently using a Speck case on my Pixel and it charges perfectly fine. As of right now, this is my favorite multi-purpose wireless charger, especially for places like the home or office. The issue with the stand is that there is no way to fold the stand down for transporting for a travel. Outside of that little caveat, it’s perfect. You can purchase the stand today for $69.99 directly from Belkin. 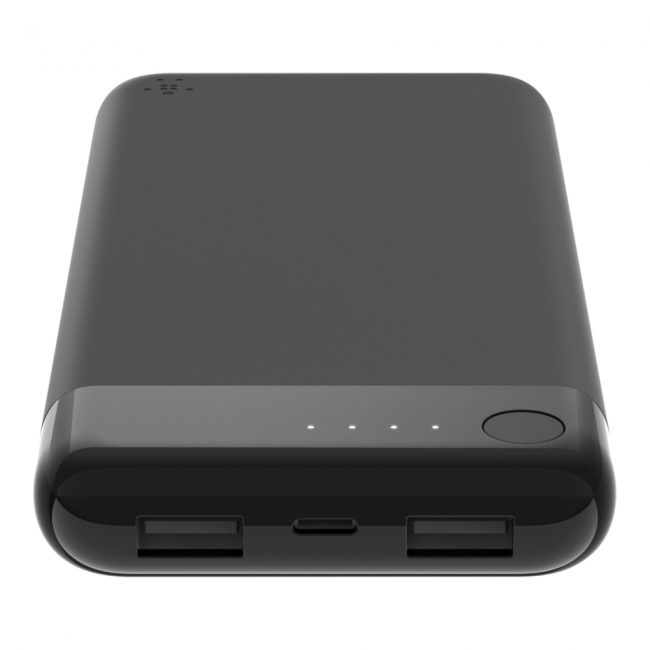 Finally, there’s the Boost Up Charge 10K Power Bank by Belkin. Over the past few years I’ve used and accumulated endless amounts of Power Banks, but Belkin’s 10k Power Bank is the first that I’ve truly enjoyed for more than its ability to charge my devices when the batter is low. For the first time, I can charge my battery pack with the same cable I use to charge my smartphone, thanks to the Boost Up Charge being able to be charged via Lightning Cable. Coming complete with two female USB ports, you can charge two devices separately, perfect for someone who carries two smartphones, but also great for charging my Apple Watch when the battery is low. Being able to travel with one individual cable is great, although now my new iPad Pro charges through USB-C so I’ve been carrying two around, but the Boost Up Charge is the standard for me when it comes to charging up quickly on the go. There’s also a 5k version (5000mAh) which is better for purses and back-pocket carrying, but for me, being able to charge my iPhone 7 times without bothering to charge the battery pack is more worthwhile. For more information on the Boost Up Charge Power Bank, you can head over to this link directly.

What I Like: With the dock, I can watch movies while fully charging in two different views; Battery Pack charging with a single cable is genius!

What Needs Improvement: I still would like to see a version of the Power Bank with an integrated cable