Every time it seems like we’ve hit peak “internet of things”, something comes along to shatter that perception. One of latest household devices to gain sentience and WiFi is the lowly toothbrush, newly reborn by Grush as a Smart Toothbrush. If you hate only getting that disapproving dentist face once every six months, Grush is here to give it to you every day.

The Grush Smart Toothbrush has WiFi and an AI Dentist that tracks how you brush and provides tips and suggestions to better clean your teeth. Basically, this is an adult version of Grush’s existing products, which aim to gameify brushing for children. They also state the WiFi inclusion means you don’t need to look at the app while brushing, so presumably the brush will … yell at you to get your molars better? Gently encourage you to spend more time near your gumline? Chastise you if you stop brushing after 10 seconds? It’s hard to say. They also haven’t said how they created an AI dentist, but I’m secretly hoping it involved polling 4 out 5 dentists and aggregating their agreements. 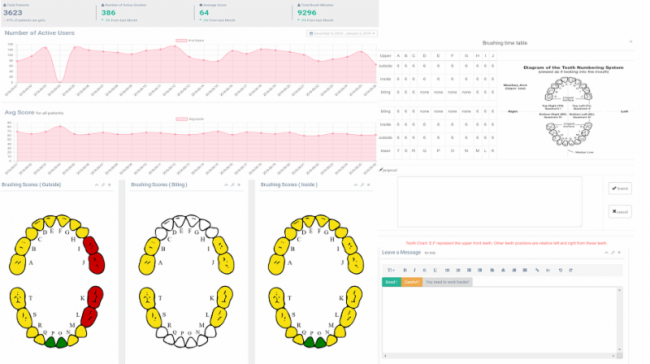 It really does make sense to include WiFi in it, but I just feel like an Internet-connected toothbrush is taking things a bit far. Also, I’m just grateful it doesn’t include a camera because I had a dentist that made me look at pictures of my teeth once, and that’s how I learned I have a mild case of odontophobia.

Grush hasn’t released much information about pricing or the cost of replacement toothbrush heads, but since their kids’ toothbrush retails for $39.99, it’s safe to assume this will probably not be a super expensive device. Keep your eyes peeled for it in the next few months, and don’t use waiting for it as an excuse not to brush in the meantime!