Shure’s new MV88+ Video Kit is an all-in-one on-the-go video system. At $249, it includes a digital stereo condenser microphone, a Manfrotto PIXI tripod, phone clamp, mount, Lightning and USB-C cables. Just plug it into your iPhone or iPad, and you have a mobile studio no matter where your travels might take you. 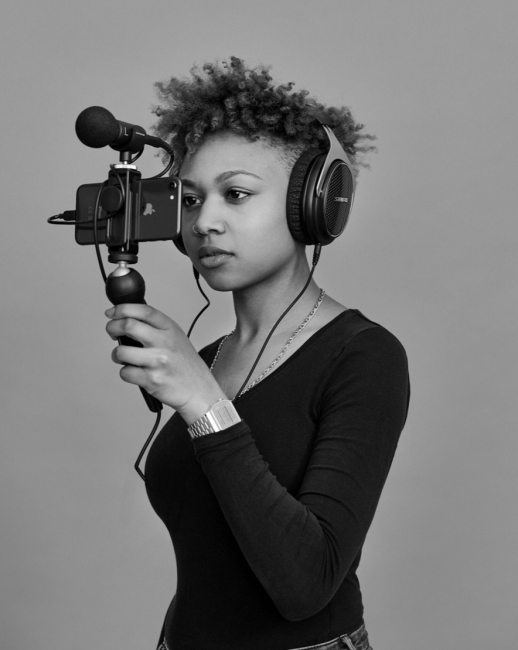 The system builds on the company’s successful MV88 iOS Digital Stereo Condenser Microphone and is the latest addition to Shure’s MOTIV line of digital microphones and portable recording solutions. As Shure puts it,

The MV88+ accentuates the power of flexibility, enabling you to transform your smartphone device into a professional-level mobile audio and video rig.

The kit was designed with podcasters, videographers, content creators, field recordists, and musicians in mind. Anyone looking to record high-quality audio on the go will find the MV88+ Video Kit an easy way to get the job done. I’ve used Shure’s iOS-compatible microphones in the past and can vouch for the fact that they deliver superb audio quality.

Matt Engstrom, Senior Category Director, Global Product Management at Shure has this to say about the new offering:

The MV88+ Video Kit provides multiple configurations straight out of the box. You shouldn’t have to buy half a dozen products to film a high-quality piece of video content one day, and then an audio interview or field recording the next. With the MV88+, you don’t have to. We listened to you and worked to develop a superior microphone with superior accessories. This package gives you everything you’ll need to film in your studio, on-the-go, at home— or wherever life takes you.

The system is compatible with iOS and other selected devices. The fact that it not only includes a Lightning cable but a USB-C cable as well speaks to the fact that Shure understands where mobile audio and video has gone. By including the latter cable they guaranteed it would work with the new iPads and won’t become obsolete when, I suspect, iPhones go USB-C too. Of course, it offers plug and plays compatibility so you won’t need to fuss around with too many controls or settings when getting ready to record.

In addition to capturing great audio, a headphone jack lets you monitor the audio being captured in real-time, so you know you are getting the results you want. Moreover, the included phone clamp and tripod stand mean you can use the system pretty much anywhere.

Whether jamming in your studio, filming your next YouTube video, or live streaming an interview on a crowded trade show floor, you can easily thread your devices into a mounted platform for uninterrupted and stable recording. And it doesn’t end there. The MV88+ can also be used for standalone audio capture, replacing the need for field recordists to carry a portable audio recorder. 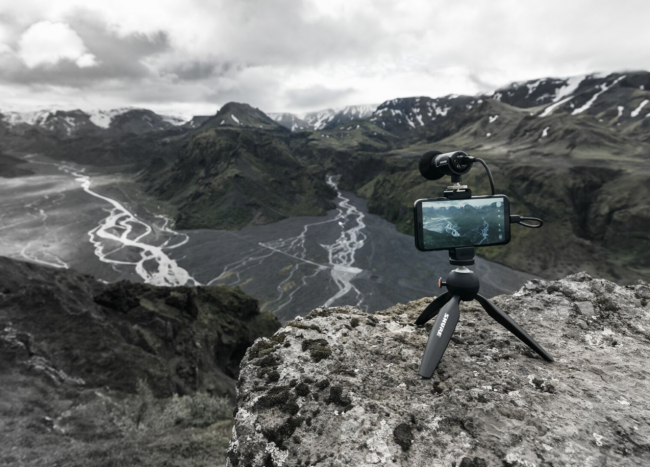 The MV88+ takes into account the little things, too. We understand the value of efficiency and improved the design to seamlessly record with or without a protective smartphone case. The included phone mount is also compatible with your existing setup, allowing you to connect to any tripod with a ¼” connector. This empowers you to use the setup that best suits your needs. You’ll also be able to tap into the capabilities of the free Shure MOTIV Video and Audio Recording applications to access our state-of-the-art audio quality in tandem with the microphone. 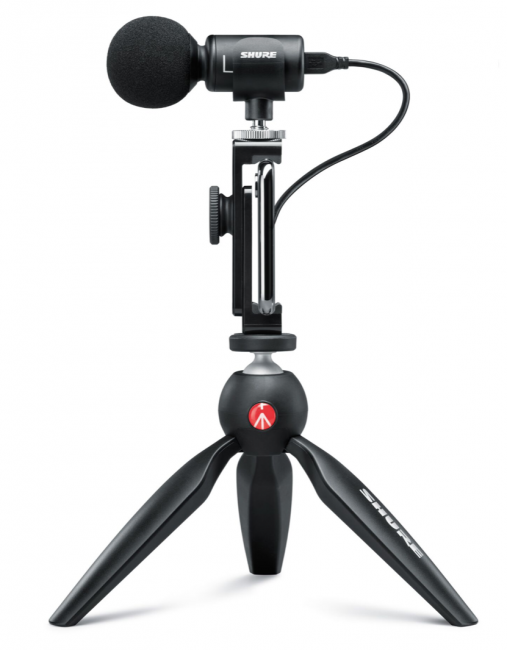 As I previously noted, I reviewed the Shure MV88 and was impressed. It remains my go-to microphone for capturing audio on the go. And while I’m a huge fan, I’ve found that having a microphone that plugs directly into my iPhone rather than connecting by cable, can be an issue. The MV88+ solves this by taking the same microphone technology and building it into a mic that connects via cable. I seriously want to pick one of these up! The Shure MV88+ Video Kit will have an MSRP of $249 and is available for pre-order. Learn more here.