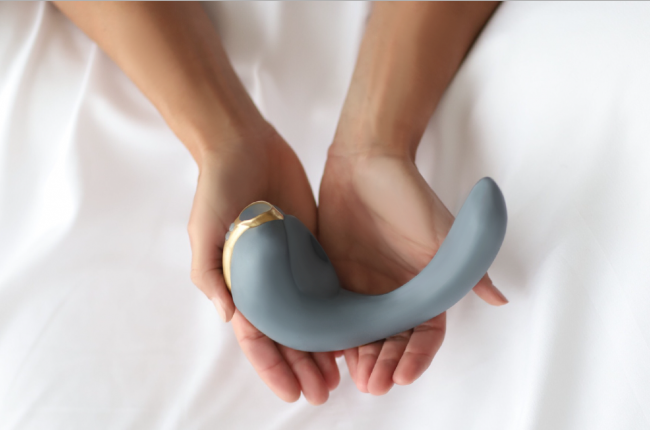 We want to believe we are an evolved society, but the reality is that evolution is always incremental, not revolutionary. We can accept sexuality, but only to a point, and apparently, CTA, the ruling body behind CES, thinks women’s self-pleasure crosses that line.

At Gear Diary, we deeply disagree and protest the removal of Lora DiCarlo’s Osé from a Best of CES Robotics Award as well as the show floor.

Osé is a hands-free device designed to pleasure a woman. It is still in prototype, and it has some serious technological advances under the hood. If you redacted the stated purpose, you’d find the concept of a device that can adjust to different users and their needs — with little intervention from the user — to describe much of what is being shown this year at CES.

There’s really only one conclusion here: despite years of playing to women in tech, despite countless amounts of lip service, the tech world still fears an empowered woman. Osé was extremely upfront about what they offered. They understood and communicated that they were ok with a booth or display that was tucked away. No one in the company or the PR team disputed that this was an adult product. But the CTA believes that the adults attending CES will be unable to handle this concept. Lora DiCarlo has a number of further examples of CTA being hypocritical, so it’s worth reading their full open letter for more information on this controversy. Suffice it to say, the fact that CTA has allowed sex dolls and virtual reality porn into CES makes their rejection of Osé even worse.

CTA says this fell under their policy that immoral and obscene items, as well as unsafe items, are not allowed in the show. Women and their personal pleasure is not obscene, nor is the marketing for Osé risqué or offensive. And as far as unsafe items, we’ve seen a tremendous number of items at CES that are far more dangerous than a sex toy. In past years there have been companies who claimed their devices could sense allergens and alert someone before they consumed an item that they were allergic to. The consequences of that device failing could quite literally be deadly. Every year there are heart rate monitors, fitness trackers, and other health-related items on display. Many of these fall into the gray area of not being regulated by anyone, but the consequences of them not working would be far more dangerous than a ‘sex toy’ failing. So the CTA’s paternalistic view that Osé was immoral, obscene, or a safety risk is fairly ridiculous given their laissez-faire attitude towards any number of more potentially harmful health claims.

Note that Picobrew is fine; there’s no problem with drinking at CES! Likewise, Vapium is fine — apparently, cannabis is totally cool with CTA … but women having orgasms absolutely terrifies them! This isn’t a judgment on adult companies being allowed on the CES floor — we think it’s great, and we love the two companies we just mentioned! We’re just pointing out that adult-aimed products are a non-issue, but women are not allowed a device to help them feel pleasure? All this while the casinos hosting CES have scantily clad cocktail waitresses serving drinks and the billboards around the strip offer burlesque shows and topless revues. Yes, this is in Vegas, not specific to CES necessarily, but it still raises an eyebrow that female sexuality for the male eye is a given in Las Vegas, but women’s sexuality for themselves, in private, is simply inappropriate.

CES is a varied enterprise. There isn’t one show floor; there are multiple floors across many venues. The Sands in particular hosts startups which include questionable medical products, health tech, and wearable tech that is still in the earliest stages. There is no reason that Osé would not have fit right in among the other health and personal care items in this area. They would have been one booth out of many, and if someone did not like what they were showing, it would be simple to take 4 steps to the left or right and move on down the row. The Eureka Park area is absolutely wall to wall packed with new and prototype devices, and there are plenty of areas where Lora DiCarlo could have had a booth. Sands also has booths in/around more private areas for demonstration and space reasons. There were many ways to display an adult product in a place where it would not cause controversy. The only logical explanation comes back to the idea that CTA does not feel comfortable with addressing women as sexual beings with autonomy.

What Lora DiCarlo and Osé are offering is exactly what CES was designed to showcase. They’re taking an existing product, but shaping and improving it to incorporate the best of modern technology and engineering.  In the end, Lora DiCarlo and Osé are benefiting deeply from the controversy; as they say, “any press is good press”. But we should, as tech journalists, take careful note. If CTA holds to this idea, gets rid of booth babes, keeps other adult items quarantined, and generally treats CES as a family friendly affair, then Osé is just one of the first victims in a shift for CES to fit a very mainstream audience. On the other hand, if CTA targeted Osé but has no issues with other 21-plus innovations, then it reeks of misogyny and a deeply patriarchal approach that shows CES needs to innovate before it becomes a dinosaur.