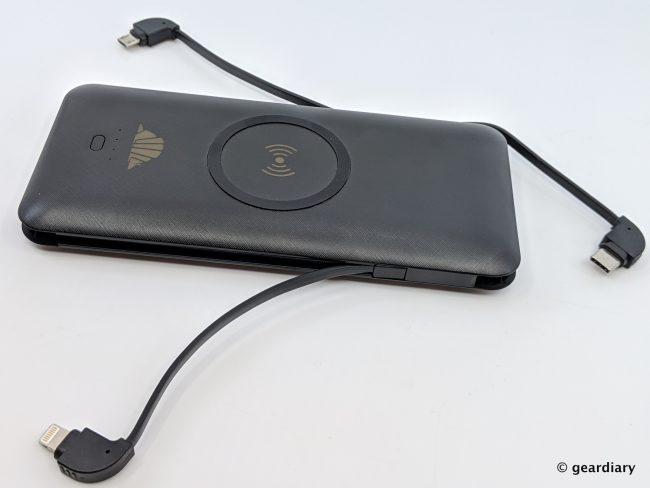 If you don’t mind using a portable battery pack without built-in charging cables, you’ll have plenty of options. If, however, you want a battery pack with built-in charging cables, your choices will be much more limited along which particular devices that work with that particular charger. Unless you get the intelliARMOR Scout Wireless Charger; it works with everything.

Originally an Indiegogo campaign item that successfully funded, intelliARMOR made two Scout portable battery pack models which both sell for the same price.

I was sent the Scout Wireless, which has three charging cables built-in (Type-C, microUSB, and Lightning); it also has a wireless charging pad in its center top. Measuring ~6.25″ long by 3″ wide, by 0.5″ thick, the battery pack weighs 7 ounces and is composed of matte black plastic with a crosshatch pattern. There is a rubber ring around the wireless charging spot to keep your phone from sliding when placed there. 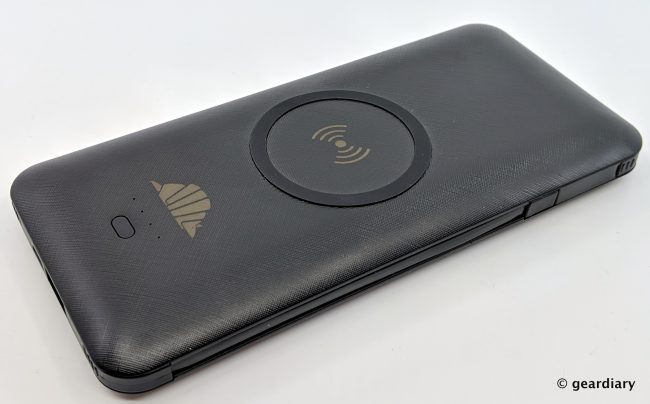 On the bottom of the front, there is a button that when pressed will show the remaining battery charge in 25% increments. It is necessary to press the button before connecting a device for charging to start — including when you want to charge wirelessly. 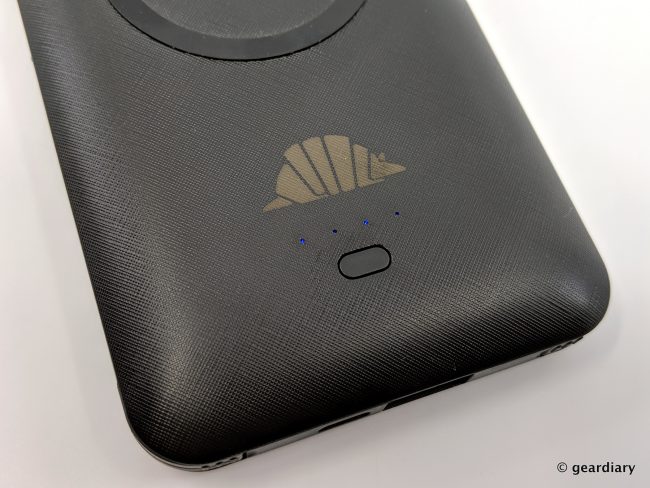 Built into three of the corners are separate charging cables. 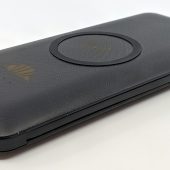 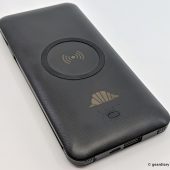 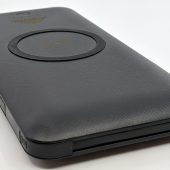 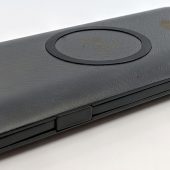 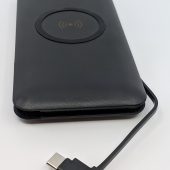 At the bottom left, there is a microUSB, on the bottom right, there is a Lightning charger, and at the top right there is a Type-C charger. Each cable and tip fits neatly into the body of the battery pack when it is not in use. Each has ridged at the top of the charging connection to make it easier to slide them from the Scout Wireless’s body when needed. Each of the built-in cables puts out 5V with 2.1A for faster charging. The wireless charging pad puts out 5V with 1A max, so it’s not quite fast charging but it works well.

On the back, there is a built-in wall charger; you’ll never have to search for a charging cable to keep the battery topped off. 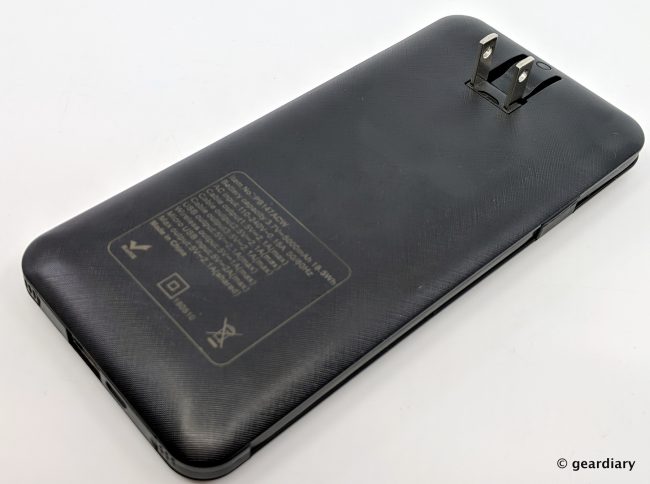 At the bottom of the battery pack, there is a 5V USB Type-A port that will put out 2.1A for faster charging. There is also a microUSB port for charging the battery pack from a cable when plugging it directly into a wall outlet isn’t feasible. 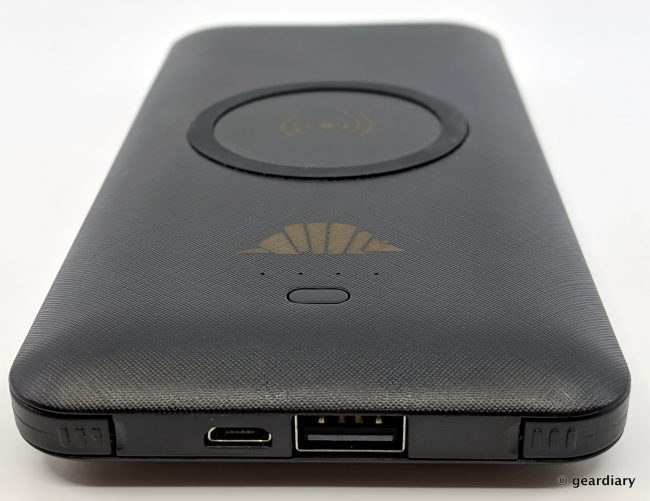 I have zero complaints about this battery pack; it is working perfectly, and I love that it is a single battery pack that can handle any device I need to charge. While I do wish that the mAh was higher for this particular battery (10K would be ideal), 5,000 mAh is more than enough to keep my phone topped off and going throughout an exhausting day on the go.  The thinner size of the Scout Wireless means it is possible to carry in my slimmer bags.

IntelliARMOR makes two Scout portable battery pack models which both sell for the same price. The 5,000 mAh Scout Wireless like I was sent, and the 10,000 mAh Scout Max which is exactly the same device with this main distinction: you get 5,000 mAh plus wireless charging with the Scout Wireless, and you get 10,000 mAh but no wireless charging with the Scout Max.

If you carry devices by multiple makers or switch between iOS and Android regularly, you have probably grown used to having to carry at least a few extra USB cables to make sure that your battery pack will work with all of your electronics. Using the Scout Wireless means you no longer need to worry about that — whatever phone or tablet you carry will be accommodated by one of the three built-in charging cables or the wireless charging pad on its top.

The intelliARMOR Scout Wireless retails for $39.99; it is available on Indiegogo, and it will be shipping soon.

What I Like: Every charging cable you might need is built into the battery pack; Wall charger is also built-in; Slim battery pack; Wireless charging; Extra Type-A USB port on the bottom if you ever do need to attach a cable.

What Needs Improvement: I wish the wireless version was available in a 10,000mAh