You have to hand it to Samsung, they are nothing if not persistent in sticking with their AI assistant named Bixby. They even continue to have dedicated physical buttons on the new Samsung Galaxy S10 devices like the S10e I recently reviewed. Now there’s an easy way to take back the button and use it for an actually useful Assistant – Google’s.

Let’s be clear, I’ve owned Samsung phones in the past including the Note 8, and I’m all too familiar with Bixby. To me having a button on the side of your device to launch your own assistant is a huge vote of confidence in how good you think your assistant is. Samsung seems to have gotten carried away a bit because honestly, Bixby is just not that great. I can’t figure out why I would use it over Google Assistant or even use both. You may be able to figure out a use case — and for that, more power to you — but I would say for most people, the first thing you should do is to reprogram the side button on your Samsung Galaxy/Note phone to launch Google Assistant so you can easily launch it and avoid having to deal with Bixby altogether.

Now keep in mind, Samsung makes it impossible to completely avoid Bixby, so a double press of the button will continue to launch Bixby which is fine. There is a smaller chance you will accidentally double press the side button, and if you do so, you are consciously summoning Samsung’s assistant. Also of note is that Samsung actually blocks Google Assistant from being in the list of applications that you can assign to launch with the button which is just … well, very Samsungy of them.

There are many hacks and applications that supposedly do this, but I’m going to show you an easy way to do this without installing anything else and ironically using Bixby itself to launch Google’s Assistant. Poor Bixby. 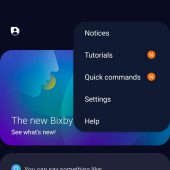 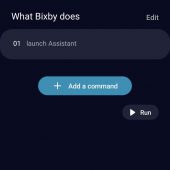 Step 2: Create a new Quick Command with the following values and save 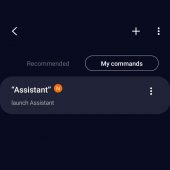 Step 3: You should see it show up in My Commands 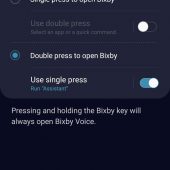 This should work on any Samsung device that is running Android Pie with One UI but I have only tested and confirmed this to be working on the Galaxy S10e. If you run into issues please report them in the comments. If you’ve done the steps correctly, you will end up with a simple single button press opening Google Assistant ready to go without any hacks or apps installed as the quick video below shows. The way it should have been from the beginning, Samsung!