Prior to using Netgear’s Orbi Voice, I suffered many excruciating days using Verizon FiOS terrible home router. It cost me a pretty penny but offered up absolutely NO perks, and truth be told, my internet felt SLOWER using its Gigabit internet. This isn’t the case since I’ve got Netgear’s new Mesh WiFi System. So let’s dive in. 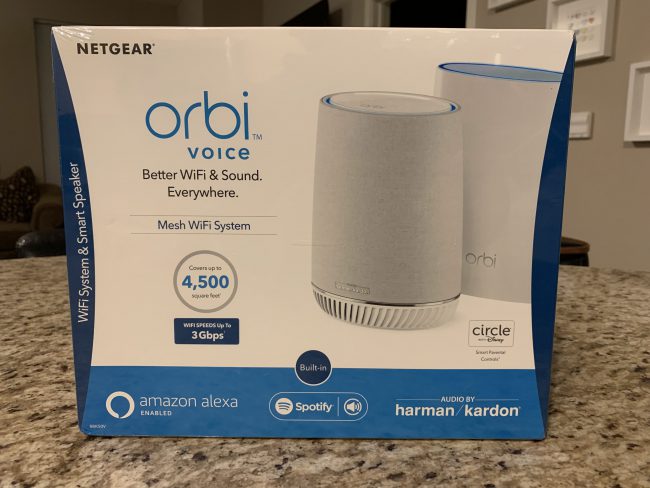 Labeled as the first and only WiFi System with technology that automatically pairs your Orbi Router with the new “Orbi Voice”, which is a smart speaker created in partnership with Harmon Kardon that allows you to get a full gist of your home’s internet usage, regardless of where you are. The innovative creation not only allows you the ability to do things such as test your internet speeds to make sure you aren’t paying for Gigabit internet and getting less than that quality, but the Orbi voice is an insanely powerful smart speaker that will go great, even with your existing Orbi setup. So let me tell you how I have my Orbi set up. 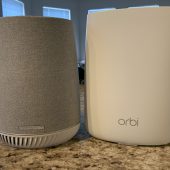 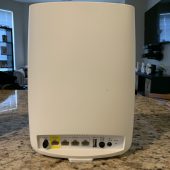 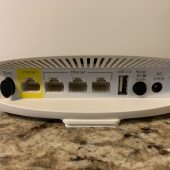 In my home, my router sits in the laundry room, which is a less-than-ideal place to set things up, especially in an apartment. Outside of that, I do not have another ethernet port in my home. This makes connecting devices that work more reliably on a constant connection such as an Apple TV a breeze as it will extend your wireless connection all the while looking great while doing it. It doesn’t hurt that Harman Kardon created a built-in speaker that comes complete with Alexa support as well. To the point I’ve actually removed my Amazon Echo from my living room and store it now in another. 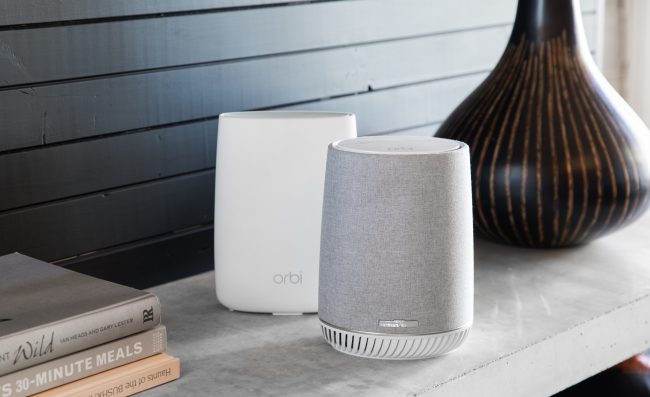 Before we get into more details about why I love the Orbi Voice, let’s get the price out of the way. At $299 it’s certainly not the cheapest speaker on the market, but your options could be much, much worse (HomePod). I mean sure there’s the Sonos, but last I checked, that doesn’t sponsor a network kit built into it, thus, you’re already getting more bang for your buck just in the ability to listen to music and tell your speaker to order you Dominos. 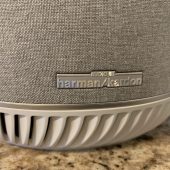 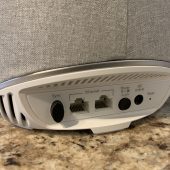 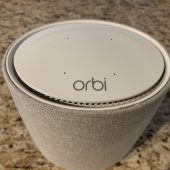 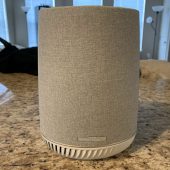 Let’s take a break from the network aspect of the Orbi Voice to shine a light on the speaker functionalities. While this isn’t going to replace any soundbar in your home, and it’s not the most elite when it comes to bass, the Orbi Voice speaker is simply “just okay”. Prior to the Orbi Voice Speaker, I had a surround sound speaker sitting in its place, and honestly, I miss it, just for the audio. I’ve read other reviews where folks have considered the Orbi Voice to sound muddy, but for me, it’s passable. I wouldn’t throw a house party and rely on just that to get the party started, but if you’re casually listening, it wouldn’t hurt to turn up the volume a little bit. So it’s safe to say it gets the job done at this price. (And no, it’s not better than Sonos when it comes to complete audio experience). 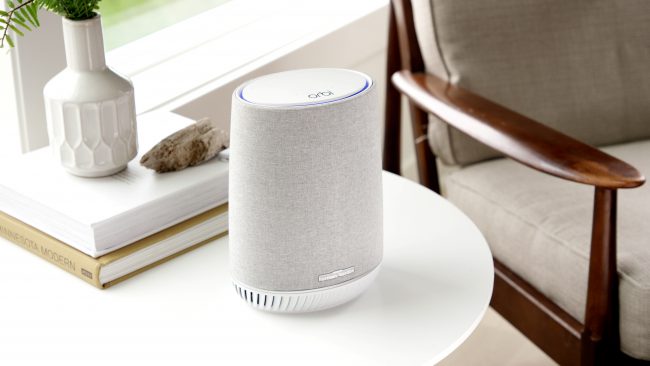 With that out of the way, what you came for: The Router itself. The Orbi Voice is about as big as it’s previous models, with a more cylinder frame which honestly eclipses other WiFi mesh systems in size. Internally, the Orbi Voice comes with the signature trio-band 802.11ac Wifi you’ve known to love, but the trade-off with the new size comes due to the fact there’s now an amplifier, a woofer, tweeter, and passive bass-reflex port. All of this sounds great, but I would’ve MUCH preferred the Orbi Voice in black (if we’re just talking about things nobody will truly care about). For what it’s worth, Netgear managed to include four microphones atop of the Orbi Voice so It can clearly hear your Alexa requests. 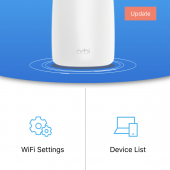 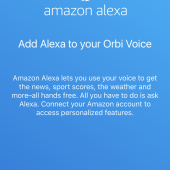 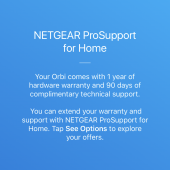 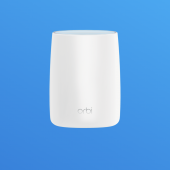 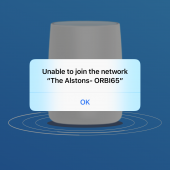 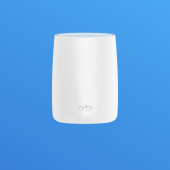 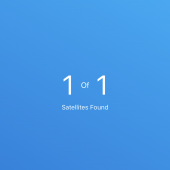 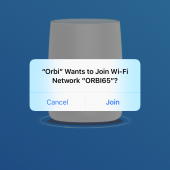 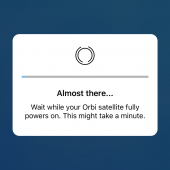 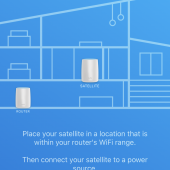 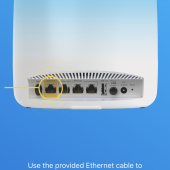 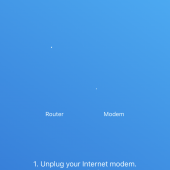 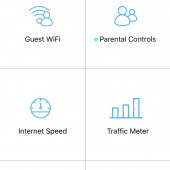 I have to actually circle back to why I prefer this OVER what I used before it: The FiOS router. While I still have to have my FiOS router set up in my laundry room, essentially tethered to the Orbi Voice system (because Verizon never truly gives you full control), I spent roughly four hours on the line with Netgear attempting to get the internet working through porting with the Orbi, the FiOS router, and the companion Harman Kardon speaker Orbi in my living room. I was surprised by how good and patient Netgear was even after all of my curse words and threats to “be done and over this entire thing”. Needless to say, their patience paid off for me as once we were able to get things going, the Orbi seems to work flawlessly. There are little things to the Orbi Voice I simply wouldn’t get with others, including the ability to share WiFi with guests for a particular set time (I typically say a week); Parental control that neglects your children from browsing the web, as well as monitoring overall data usage which could be truly helpful if you have capped data storage. Netgear managed to partner with Circle with Disney, however since I am void of children, I breezed right past this mode. 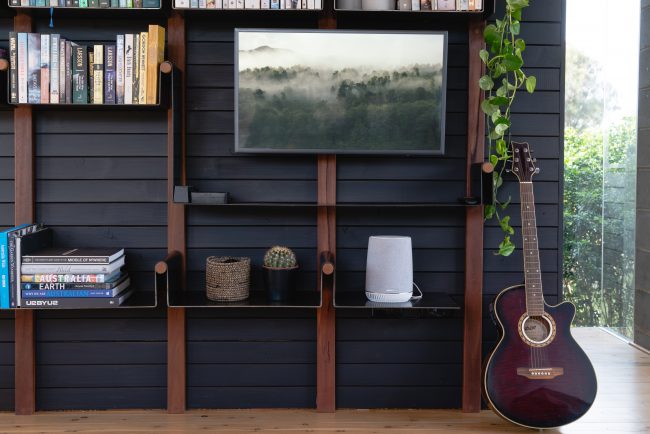 There are other functions you’ll love though, including the ability to manage devices, checking your Internet speed courtesy of SpeedTest, and a more recent Security monitoring tool called “Netgear Armor” that’s powered by Bitdefender that will make sure your router and internet are not being tracked by spammers and hackers. Not many WiFi mesh routers can claim this to be true for their products, so the fact Netgear includes this, at no additional cost, it amazing to me.

As someone who uses a LOT of data (I’ve just topped 1270.58 GBs in a month thanks to my usage of over 15 devices, and downloading every possible thing you can imagine (only to upload it to the cloud so I never lose it). I honestly can’t say that I would even be interested in using another WiFi mesh router unless they could match what the Orbi Voice has given me. It’s been 90 days, and not a single drop spot, no dead spots in my house, and most important, when I plan on moving to a bigger place, my money is already invested in Netgear so all I’d have to truly do is purchase an additional Orbi for even more coverage, at faster than average speeds (thanks to Gigabit internet). I’ve finally found a router that works to my liking and not the other way around, and I no longer have to suffer from talking to a FiOS customer service rep who knows nothing about why the internet I overpay for doesn’t work. 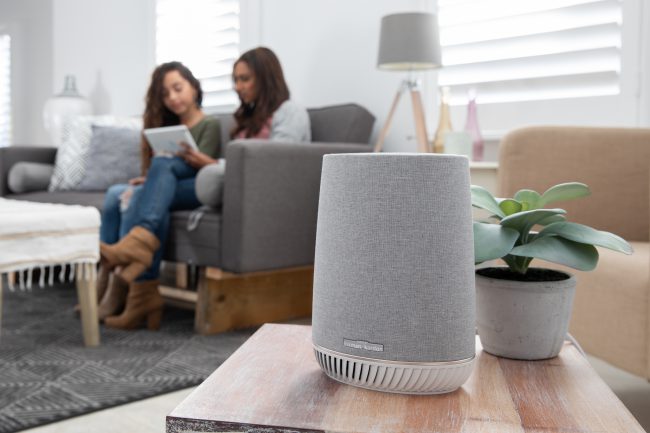 If you want to double your WiFi strength, you’ll be hard-pressed to find a better option not named Netgear Orbi. Get yourself the Orbi Voice by Netgear not just for the internet connectivity, but for the pretty dope speaker that will look great, amaze your friends, and grow with you no matter how small or large your home is.

For more information on the Netgear Orbi, head over to Netgear’s site.

What I Like: Seamless setup (depending on your internet carrier. Verizon can be wonky); Look impressive on any decor and the speaker is serviceable

What Needs Improvement: Making sure you have the right about of Orbi’s for the coverage of your home. For my apartment, two suits me fine, but may not be the same for actual larger homes