We are in a golden age of smart wrist-based devices. You can have what amounts to a teeny tiny computer strapped to your wrist, or you can have a basic pedometer. There’s also the in-between, the devices meant to do one thing very well and that do ancillary items as a bonus. The Runtopia S1 exemplifies that type of device. 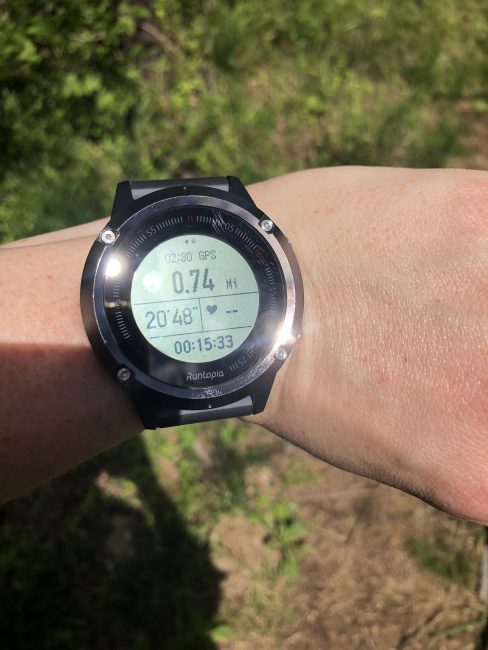 The S1 aims to do one thing very, very well, and several ancillary things as a bonus. It aims to be an excellent GPS running watch, acting as a companion to the Runtopia app and providing all sorts of running details at a glance as you go. It also tracks your steps, tracks indoor runs, tells the time, notifies you of calls and texts, can track your heartbeat, and sports a bonus compass mode. All this plus a long battery of 25 days without GPS and over 8 hours on continuous GPS. I’ve had the S1 for about 3 weeks, it came with a partial charge and I charged it once since then, so their battery estimate seems pretty accurate.

Before we get into the specifics of the app and software, it’s important to first address the aesthetics. Taste is variable, but in my opinion, the S1 is a really good-looking watch. The screen is monochrome but clear, and there are two buttons for navigation and activating the backlight. The body of the watch is plastic, but there is a metal ring around the face that’s secured with four screws. The face itself also has hourly markers on it, which look cool but seem a little vestigial since the watch faces are all digital. The band is soft rubber and feels quite comfortable to wear all day. The S1 is waterproof so I’ve worn it in the shower and have not felt like any moisture was trapped beneath the band.

My one tiny quibble is that the side buttons can sometimes be activated by accident. A long press triggers the watch to start getting ready for an outside run, which means a few times I’ve almost activated the GPS-this is something to watch for since a constantly searching GPS indoors could be a battery killer. The watch does buzz when this feature gets activated, but it stuck out for me when I accidentally triggered it while climbing-needless to say, it had to wait until I was off the wall to turn off the search! Still, that’s my one minor complaint on an otherwise attractive and fairly tough watch. 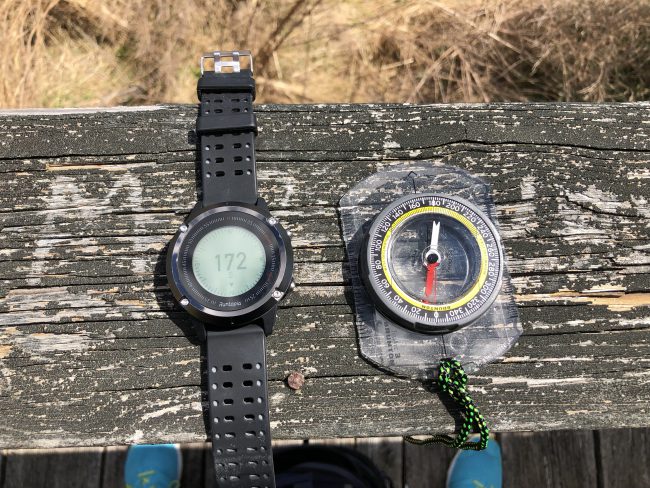 Now before we get to the laundry list of other things it does, I want to start with Runtopia’s running features. The watch has a phenomenal interface when you set it for running, which is good because you can’t really customize it. But it gives you the time of day, time you’ve been running, distance, pace, and heart rate, all at an easy to see glance. The GPS is reasonably quick to grab a signal outdoors, the longest it took me was about 20 seconds once. It is also quite accurate; I tested it on a hike (I can’t walk and chew gum, aka I couldn’t run AND record/photograph the various features without tripping over something), and the numbers came back very close to the AllTrails app on my phone as well as the stated distance on the trailhead. If you’re the type that likes audio motivation, you can pair it with the Runtopia app and get audio coaching as well. The watch buzzes every mile, and you can also get a squiggly picture of your run if you want (since there’s no map or anything, it just looks like a weird squiggly line, but if that’s your thing, it’s an option). 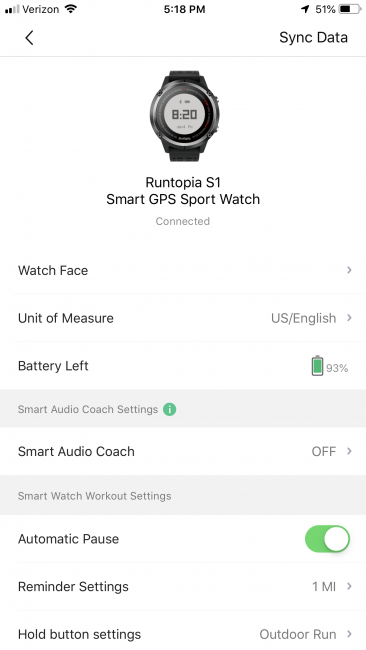 Basically, as a GPS running watch, the Runtopia is a home run. It also offers a laundry list of ancillary features. First, it tracks your steps, just like almost every device these days. I had an issue with it significantly overestimating my steps, but that went away after I updated the software and re-paired it to my phone. Since then, the step counts have been right in line with what I have gotten from the Honor Band 4, my go-to for fact-checking step counters. Whether or not you’ll like or take advantage of the step counter depends on how much detail you like in your everyday fitness tracking. The steps get saved to Runtopia, but there’s not a lot of data there; no sleep tracking, no elevation measurements, etc. Think of it as a gentle reminder to move more, rather than something mandating it. I know fully well I work at a sedentary office job, so I don’t need a tracker that gives me breathless updates on how few steps I take sometimes, but if you’re after that kind of motivation this might not be the best fit. Again, the steps are a bonus, not the main focus.

There’s also an alarm clock feature, which has a pretty strong buzz to it. It’s not enough to wake you from a dead sleep, but if you’re bad with the snooze button it provides a nice extra nudge. If you’re looking to clock laps at the track, there’s a stopwatch feature as well. And if you make a wrong turn on a hike or trail run, the S1 also comes with a compass feature. I compared the compass on the watch to a real compass as well as the compass app on my iPhone, and the S1 seemed right in line with the other two. In order of survival choices, if you didn’t have a real compass handy I would reach for the S1 over a smartphone compass, based solely on battery life concerns-the S1’s screen draws so much less power than a smartphone that if you were absolutely lost, you’re better off running the (slight) risk of draining your GPS watch rather than draining your phone. It’s a very cool inclusion because while it might not ever be needed, it doesn’t hurt to have it! 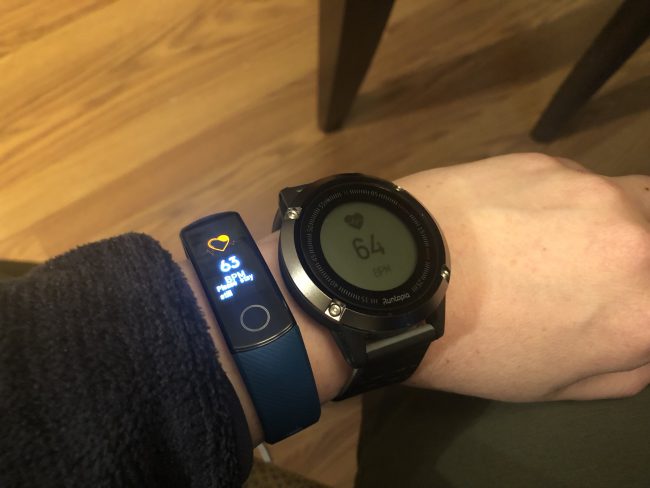 The heart rate monitor also seems to work very well. Again, I used the Honor Band 4 as my baseline, and both devices came within 1-2 bpm of each other, so I was pleased with the accuracy. Unfortunately, there’s no way within the Runtopia app to record or view a log of your tracked heartbeat. It checks automatically while running, and you can go in and manually check it if you want to assess how hard you’re working, but none of that is saved anywhere. 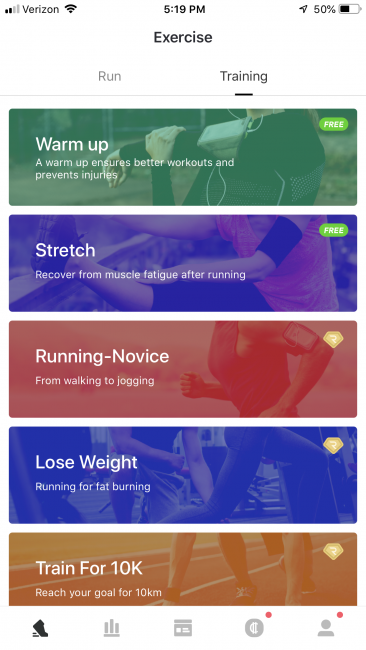 Here’s the bottom line: the Runtopia S1 is a fantastic running tool. It has a great companion app and community, it grabs onto satellites quickly and gives you a ton of easy to read information right on the main screen. As a bonus, it offers a compass, step tracking, and heart rate measurements, but those aren’t the main attraction. If you’re a relatively avid runner or walker and you want more information on your workouts, this is a lot cheaper than a Garmin and in my personal view is quite aesthetically pleasing. For $99 normally, and as of this writing on sale for $69 at Amazon, this is a slam-dunk running watch. If you’re looking for a budget version of a full-blown smartwatch or fitness tracker, you might be frustrated, but it accomplishes its main goal as an athletic watch very, very well. 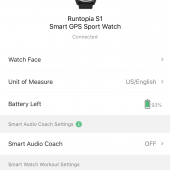 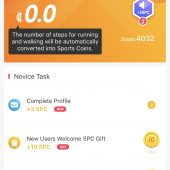 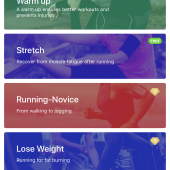 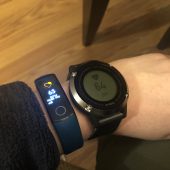 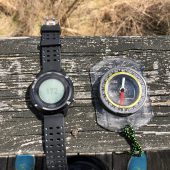 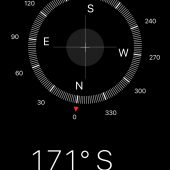 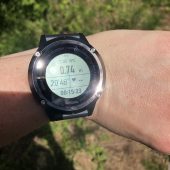 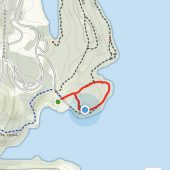