The idea of an “always-on”, “always connected” computer has been around for a while. Unfortunately, the available technology wasn’t quite ready to make such computers possible. Thanks to the just-announced new Qualcomm Snapdragon Compute platform portfolio, the “always computer” may finally be at hand. Long battery life, AI, and cellular connectivity are just the beginning of this revolution. 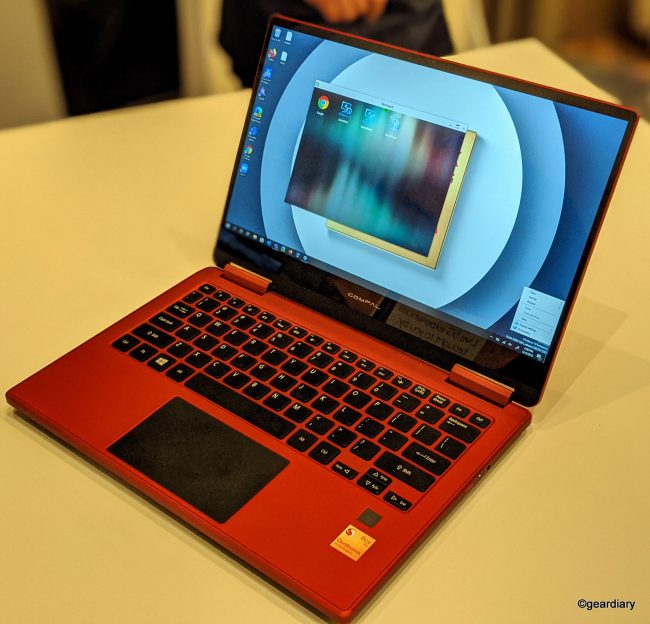 The long battery life, cellular connectivity, and AI accelerated the performance of the new Qualcomm Snapdragon Compute platform will pave the way to a new generation of fanless, thin and light computers. Development of the new platform focused on the needs of those who are on the go while also recognizes just how quickly the demands and expectations of mobile consumers have evolved.

The Octa-core Qualcomm Kryo 468 CPU and Qualcomm Adreno 618 GPU deliver responsive performance AND impressive battery life in the entry-tier. The numbers are impressive. For example:

The platform intentionally bridges the gap between smartphones and computers through its focus on instant-on responsiveness and multi-day battery life. It not only delivers amazing battery life but the integrated Snapdragon X24 LTE modem also enables multi-gigabit connectivity speeds so access to the cloud simply happens. Moreover, thanks to the Qualcomm AI Engine which dedicates six TOPS to accelerate machine learning applications, the platform will make mainstream devices with an ultra-thin, fan-less design that is optimized for mainstream use possible. 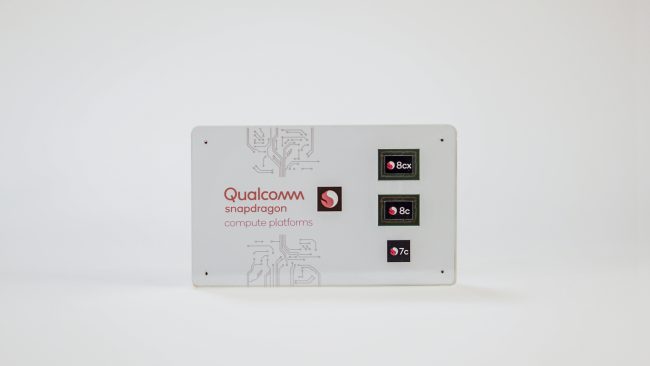 Qualcomm Technologies’ innovation in smartphones and connectivity placed the power of your desktop PC in your phone, now the phone is returning the favor by bringing thin, light, always-on, always-connected, all-day battery life experiences to your PC. The mobile-first consumer wants an experience on par with a smartphone, and we have the innovation, the inventions and the technology to enable this experience for customers across price points.

The full Snapdragon Mobile Compute portfolio promises to give Qualcomm’s partners greater flexibility to create products that meet the ever-changing demands of their customers.

Here are some highlights …

Miguel Nunes is going to present the Snapdragon compute session. Ah, it appears that the Project Limitless PC from Lenovo will be 5G enabled. See the far right. #Snapdragon #SnapdragonSummit pic.twitter.com/QjyLlRJnHh

In case anyone watching the #SnapdragonSummit livestream is wondering about the fans that Miguel was referring to https://t.co/l9w7Evzm7V

Now this is why the Snapdragon 7c is exciting #SnapdragonSummit pic.twitter.com/xyC2plifKf

Here’s how you’d use a dedicated AI core in a Windows PC #snapdragonsummit pic.twitter.com/OjuUp6xMpC

All tiers of the @Qualcomm Snapdragon compute platform bring all these modern features to the #PC #SnapdragonSummit pic.twitter.com/xsblJFt4Rr

Most talked yet nothing done about issue.. #security and #privacy rightly addressed by #acpc #SnapdragonSummit pic.twitter.com/34ZWGbsQHh

Qualcomm is closing out the #SnapdragonSummit with new processors -the 8c and 7c- for more affordable Always Connected PCs.

I continue to find the ACPC one of the more promising developments in laptops. Always-on LTE, long battery life, no fans … the highs are compelling. pic.twitter.com/wsW7FJmSlE

Qualcomm is closing out the #SnapdragonSummit with new processors -the 8c and 7c- for more affordable Always Connected PCs.

I continue to find the ACPC one of the more promising developments in laptops. Always-on LTE, long battery life, no fans … the highs are compelling. pic.twitter.com/wsW7FJmSlE

. @Qualcomm wants a Snapdragon for everyone in the mobile ACPC market. The Snapdragon 7c and 8c now join Snapdragon 8cx. These slides show what the #Snapdragon compute platform brings.#SnapdragonSummit pic.twitter.com/Ke1VJ9XAwY

Today’s announcement will lead some people to position the addition of the #Snapdragon7c as a retreat into the low-end but this is actually about looking at the market opportunity and the market segment that could do with embracing a modern computing experience #SnapdragonSummit pic.twitter.com/Ntjms9Zw3x

Qualcomm claims that gaze detection (which matches your eyes to the screen) consumes a ton less power. Some basic specs of the 7c:#Snapdragon #SnapdragonSummit pic.twitter.com/zGrkCibx0L

So @Microsoft says more demand for ARM PCs will drive more support from Developers for the platform and highlights Adobe’s commitment to bring Creative Cloud to ARM #SnapdragonSummit pic.twitter.com/anJZjmerNN

.@Qualcomm‘s always-connected mobile PC platform is coming to a lower price-point with the introduction of Snapdragon 7c. It’s not the top-end part, but the 7c feature-set (especially AI) gives the impression that this tier holds little back. #SnapdragonSummit pic.twitter.com/GuE00tXqX6

Here is a #5G stat for you.
With 5G a movie that takes 6 minutes to download today, will take 3 seconds! #SnapdragonSummit pic.twitter.com/OxxJCgj7W1

. @Qualcomm says 7c compute platform offers 25% better performance than Snapdragon 850. The 8c compute platfrom bumps that up to 30%. Impressive and can’t wait to learn the price points for new this 3 tier ACPC approach!

Microsoft: Project xCloud will be ported to Qualcomm PCs in 2020. Well, that was unexpected. #Snapdragon #SnapdragonSummit pic.twitter.com/ivFLJISViw

Microsoft sure does sound like it is banking on Always Connected PCs to drive it’s SaaS product lines:
-Microsoft 365
-OneDrive
-Project xCloud#Snapdragonsummit pic.twitter.com/4EBHj4z5m2

Confirmed: #Qualcomm is partnering with #Microsoft to bring the #xCloud gaming experience to mobile with the best #5g connection speeds the world has ever seen. #E32020 will be epic this year. Can’t wait!!! #SnapdragonSummit #Xbox #MicrosoftXbox pic.twitter.com/LnV5qOPC6P

Qualcomm 8cx Enterprise platform is actually a notch above the 8cx. This is getting very segmented. #snapdragonsummit pic.twitter.com/1FGgW5visI