While I have been critical of a couple of releases (Star Wars Jedi Outcast and Wolfenstein Youngblood in particular), in general, last year was an excellent time for PC gamers who were looking to get in some modern portable console gaming.

The Nintendo Switch has been incredibly successful as a dual-mode console that allows gamers to play while docked into a TV or as a handheld on the go. And as a handheld, it is quite simply the best system ever made – and since I am primarily a PC gamer, I wanted to highlight some of the best PC games released for the Switch last year. 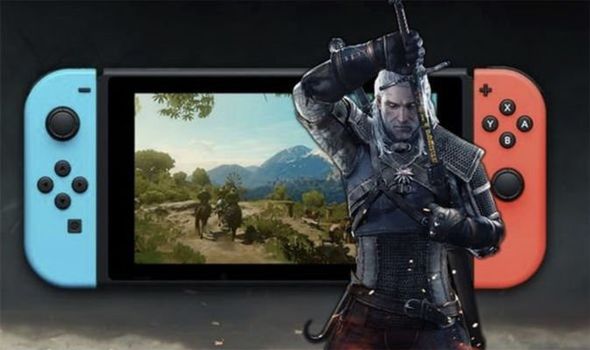 1. The Witcher 3: Wild Hunt – winner of countless ‘Game of the Year’ awards as well as more recent ‘Game of the Decade’ honors, and one of the great role-playing games ever … the only three questions were (1) would it be ‘complete’, (2) how would it look and (3) how would it play. The answers were ‘Yes’, ‘Great’ (but not as good as the PC or console versions), and ‘Excellent’.

2. Divinity Original Sin 2 – currently one of the highest-rated games on the Switch, with good reason. It is an awesome game already, and somehow Larian brought it to Switch in a way that makes if feel incredibly fresh and not at all like a port. The game itself is deep, challenging and fun with loads of replayability, and I have sunk tons of hours to going back through the incredible living world.

3. Torchlight 2 – this is a game I posted a video review of the PC version back in 2012. It is a fun action-RPG that ports perfectly to the Switch – the controls are comfortable enough for extended gaming sessions, and the graphics truly pop off the small screen. In my opinion, this is the best version yet, and the one I will come back to for replays in the future.

4. Pillars of Eternity: Complete Edition – Obsidian’s spiritual successor to the classic isometric RPG games such as Baldur’s Gate was released for PC & Mac in 2015, consoles in 2017 and Switch in 2019. I had only finished once before (again, these are massive games), but worked my way through once again on the Switch – no problems, great port, wonderful experience.

5. Doom 3: BFG Edition – perhaps the most surprising one on this list is 2003’s Doom 3. This game was more of a survival-horror FPS than the run-n-gun feel of the first games but was still very much a traditional PC shooter. So even though the XBOX version got solid reviews, I had low expectations for this port. I am glad I chose to play because this version looks great and the controls are perfect.

– Trine 4: The Nightmare Prince – I loved the original Trine and its 2.5D platform-puzzle gameplay, but the sequel offered little new and the third entry really missed the mark, so it was great to see Trine 4 return to its roots with more nuanced gameplay, great characters and just enough story to keep you engaged.

– Red Faction Guerrilla: Re-Mastered – as a port this is a triumph! Awesome performance, solid controls, great graphics, and just a perfect experience from beginning to end. The worst part is the game itself – I was quickly reminded that Red Faction Guerilla was a VERY 2009 game in terms of bland palette and generic protagonist. But don’t worry – there is plenty of stuff to destroy, and it is still loads of fun!

– Doom / Doom II – the original Doom released more than 26 years ago, and I think I have played it on at least two dozen devices over the years. It was a DOS game that didn’t even require a mouse – and yet I immediately felt right at home gunning my way quickly through levels. There is nothing new here, but for the budget price you pay to replay these masterpieces, it is a complete bargain!

– Pillars of Eternity 2: Deadfire – this game is considered equal or superior to the original by PC RPG fans, so if the port is handled as well as the original we are in store for another incredible experience! Supposedly coming in late January.

– Metro Redux – just announced for a February release, this includes both Metro 2033 and Metro Last Night along with all released DLC for both campaigns. The price is a full $60 according to Nintendo’s site, but in this case, it might actually be worth it!

– The Outer Worlds – another Obsidian game, this time with no solid estimate for release. This is a single-player first-person sci-fi action RPG set at the edges of the galaxy and has won many ‘Game of the Year’ awards for 2019. In terms of ‘when’, I have seen reports of ‘early 2020’ or simple 2020.

– Star Wars Jedi: Fallen Order – this is not a ‘sure thing’ but is rumored, and based on the great sales of the other versions we can only hope that a Switch port is released.

Have you played any of these games on the Switch? Or if you are a PC gamer have you considered buying a Switch?