Roku is basically everywhere in the television world right now. There are devices that attach to your television, Roku OS built into televisions, it’s inescapable. But the folks at Roku aren’t content with just dominating as a streaming OS; they’re adding support for surround sound as well so your streaming experience is as immersive as possible! 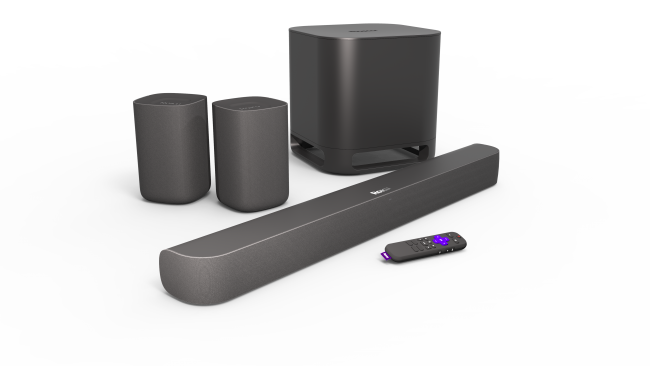 You can add a Roku subwoofer and wireless speakers to the Roku soundbar easily. The goal here is to offer home entertainment that’s as simple to use as a regular Roku interface, and like Roku’s hardware, is accessible to everyone with reasonable pricing. They will be rolling out the new speakers and subwoofer under the onn brand, with a software update to all Roku hardware to make them compatible with surround sound. The wireless speakers are coming in with an MSRP of $149, so if you add in the cost of a Roku smart soundbar ($159.99), that’s just over $300 for a home audio system with surround sound and no wires all over the living room. Best of all, the entire setup can be controlled with a Roku remote, so you won’t confuse guests with 15 remotes just to stream Grace and Frankie. 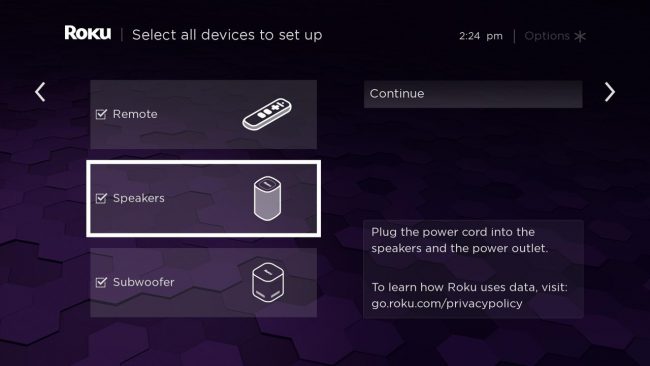 We had a chance to hear the Roku surround sound experience at CES, and the quality was amazing. It really highlights how Roku has been able to build an entire hardware and software ecosystem that doesn’t break the bank, offers just about every streaming service, and makes it so simple anyone can set it up. Any one of those accomplishments would be an enormous feat, and pulling off all of them consistently is impressive! Look for the expanded Roku speaker offerings in February.