Do any of you who aren’t professional photographers still carry around a DSLR? Or is the quality of the camera on your smartphone one of the deciding factors before you’ll buy, knowing it will likely be the only camera that you ever carry? If the latter description fits you, you’ll want to pay attention to the Huawei P40 Series.

Recognizing that there are a lot of us who really care about what the photos our smartphones take look like, to the point where we won’t even consider a phone that doesn’t boast an excellent camera, the P40 sets the goal of providing a visionary experience with regard to design, photography, video, performance, and experience.

Although the camera setups are slightly different on each, they all employ a main 1/1.28″ sensor 50-megapixel RYYB rear camera lens that Huawei says has the highest light intake, a higher dynamic range, and lower noise than their competitors. A new high-definition image engine has been designed to process high-resolution photos, analyzing and improving each photo after you take it, pixel by pixel. The camera is designed to be ready and focused the moment you boot it up.

The P40 Pro+ has the world’s first dual optical telephoto lens system that includes a telephoto with 3X optical zoom and a periscope telephoto lens design with a 10X optical zoom. The P40 Pro+ should be a beast for portrait photos — it will use its multi-spectrum color temperature sensor to automatically work to create the best skin texture for the subject’s face, the best facial lighting and tone, as well as radiant hair in the final photo. So basically, the camera will make your subject look amazing yet natural in their portrait regardless of lighting. 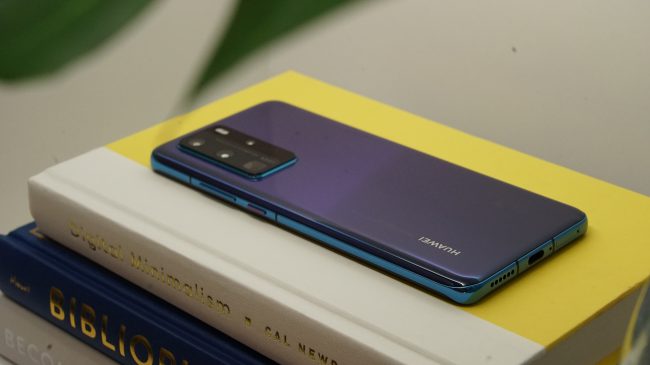 One of the coolest things that the Huawei P40’s cameras will be able to do is actually eliminate passersby or unwanted photobombers from your photos. The camera will even be able to eliminate those obnoxious reflections you get when photographing something inside of a glass case. 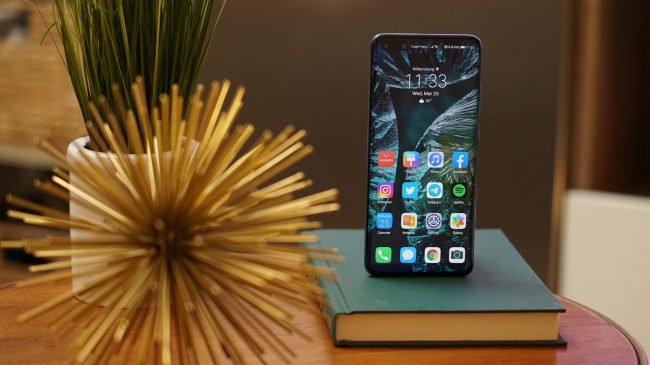 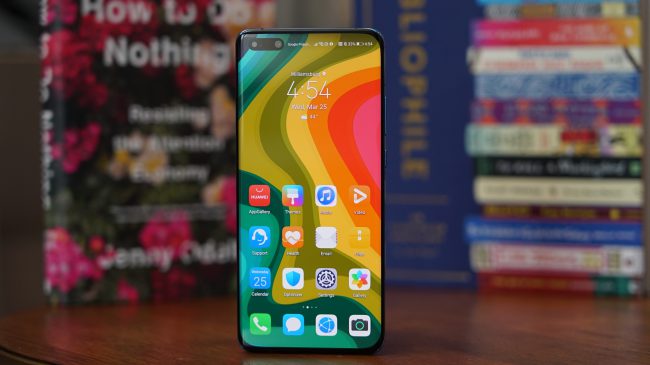 Each P40 model version has a full edge-to-edge display that curves on both sides as well as the top and bottom. The P40 series will be available with shiny back glass in ice white, black, and deep-sea blue. Fingerprint resistant matte back glass will be available in silver frost or blush gold. I’m a sucker for ceramic when used on mobile phones, so the  P40 Pro + that comes in either black or white ceramic sounds interesting to me; ceramic is gorgeous, and it’s scratch-resistant, too!

The P40 series will be powered by the Kirin 990 5G SoC; Huawei says it gives significant boosts in CPU, GPU, and NPU performance, and it is significantly more power-efficient as well. A 30% larger in-screen fingerprint sensor is said to provide 30% faster fingerprint unlocking than its predecessor; the P40 also has faster face unlock in low light. The P40 will have a 3,800mAh battery; the P40 Pro and the P40 Pro+ will each have a 4,200mAh battery. The entire P40 series lineup will have 40-watt wired charging, and with a Huawei charging pad, 40-watt wireless charging will also be possible. 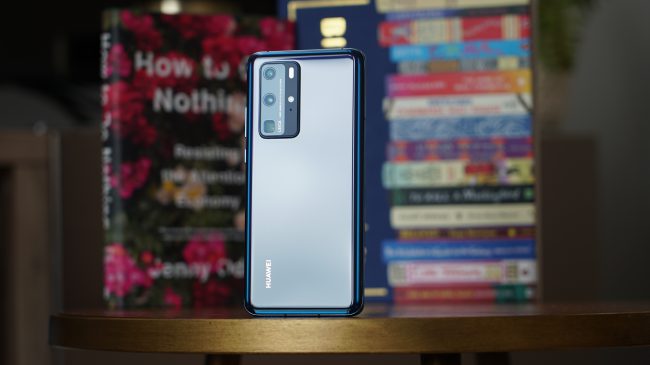 As you are likely aware, Huawei continues to be banned from using Google’s services as a result of allegations made against them by the USA in the US-China trade war. So long story short, the P40 series runs EMUI 10.1, which is built on an open-source operating system based on Android 10. Because it is not running Google’s version of Android, you won’t have legal access to Google apps or the Google Assistant. To bring non-Google popular apps to Huawei phones while avoiding the Google Play Store, Huawei has made a significant investment in its own Huawei Mobile Service (HMS) App Gallery; there’s even a new assistant, Celia, that will help you communicate by placing phone calls and texts by verbal cue, as well as give you access to calendar, reminders, a translator, a recorder, entertainment, weather, alarms, shopping, and the like.

The Huawei P40 will be available in selected markets starting April 7th. Pricing is as follows:

You can watch the Huawei P40 Series global launch live stream event here. Would you ever consider buying a phone that didn’t run iOS or Google Android? Do you think we are all ready for more operating system options again?