Did you own an Apple iPhone 6, 6S, 6S Plus, SE, 7, or 7 Plus? If so, you might be able to claim $25 compensation as part of the up to $500 million settlement Apple has made as a consequence a class-action lawsuit filed against them for admitting to slowing down older iPhones to get better life from aging batteries and keep the iPhones from crashing. But time to file any claim is about to run out. 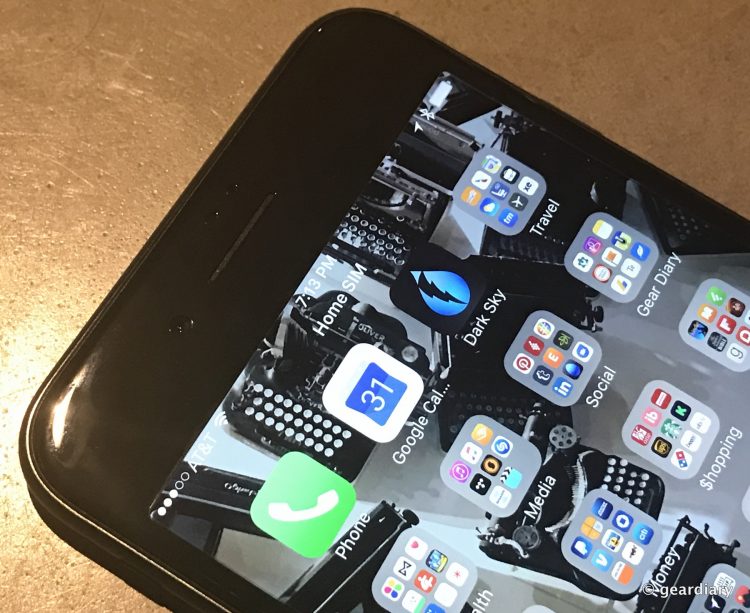 As you may recall, in 2017, Apple was sued by two California residents after the company admitted “it has algorithms in place to help keep an iPhone running at optimal performance if there is an older battery inside that can’t keep up with the required power. The aim [was] to stop unexpected shutdowns of older iPhones and keep them running to the best possible standard.”

By early 2018, according to court records, there were at least 59 lawsuits filed by five dozen people accusing Apple of slowing down their iPhones via regular system upgrades, effectively forcing people to buy new iPhones.

“To encourage consumers to purchase the newest iPhone in such short intervals, Apple has to convince consumers to upgrade their device,” according to one complaint filed in federal court in Northern California. “One way to do that is by reducing the performance of older iPhones.” – Wall Street Journal, March 28, 2018

Apple’s stance was that they had “tweaked its iPhone operating system, iOS, to slow certain tasks that required more computing power than the device could provide.”

Battery life and processing speed are two of the most important features for smartphone users, according to a survey of smartphone buyers by investment bank UBS. Owners of iPhones have complained for years that their batteries worsen after they update to a new iOS. Apple has said that battery life may initially decrease after an update as an iPhone rebuilds indexes and caches, but that battery health returns to previous levels within days. – WSJ, December 21, 2017

One of the issues at the heart of “Batterygate” was that the batteries in iPhones were wearing out well before the iPhone’s hardware did.

Batterygate was different. The slow-moving train wreck lasted an entire year—and the aftermath continues to haunt Apple today. In a letter to shareholders earlier this month, Tim Cook cited their $29 battery replacement program as one of the reasons for declining iPhone revenue year over year. And while it may seem obvious that maintaining your current phone instead of upgrading hurts their short-term bottom line, this was the first time Apple publicly acknowledged that repair hurts their profits. More importantly, it’s the first time that Apple admitted that the battery inside your iPhone is a consumable, and not the iPhone itself—an admission that has drastically changed the way consumers think about the life of their iPhones. – iFixit, January 30, 2019

Customers who didn’t want to replace their phones with new ones noticed worsened battery life, lags, crashes, and other issues after updating them to the latest operating systems provided to their supported phones. Apple wound up having to offer $29 battery replacements for many of their newer devices at the time, but that wasn’t where this ended.

That [2017] admission [of slowing down performace to try to preserve battery life] led to Apple offering discounted battery replacements at $29, but many people claimed they had already spent hundreds of dollars to buy new phones because Apple didn’t reveal the cause of the problem. If they had known they could just buy new batteries, they might not have bought new phones, some consumers in the case said.

Apple did not admit wrongdoing. As part of the settlement, the company will pay $310 million to $500 million, including about $93 million to lawyers representing consumers.

IPhone users who were named in the class-action lawsuit will get up to $3,500 each. The rest of the settlement money will be distributed to owners of iPhone 6, 6S, 7 and SE models who meet eligibility requirements related to the operating system they had running. They must file claims to get the award. If too many people file, the $25 amount could shrink.

I owned an iPhone 6S Plus and a 7 Plus, and I experienced all of the issues mentioned. At some point, it just became a joke about how my battery life would nosedive after iOS updates — even on the XS Max, which was the last iPhone I purchased. How many of us knew that replacing the battery would have fixed the performance issues, versus buying a brand new phone? Ah well, live and learn.

If you own or owned multiple iPhones covered by this settlement, you’ll have to fill out claim forms for each. It’s easy to do, and they will even find your qualifying phone’s serial number for you based on your Apple ID, name, and address, so there is no need to go searching for years’ old receipts or devices.

Options included in this settlement include:

If you live in the United States and experienced diminished performance on your iPhone 6 series, SE, or iPhone 7 or 7 Plus, you can submit your claim for up to $25 compensation or choose from the other options here.