Roku prides themselves on their laser focus — it’s all about making streaming the best possible experience for their users. Their interface is simple, their devices are plug and play, and their entire ecosystem is built around offering multiple options at every price point. We took a look at the Roku StreamBar and new Roku Ultra and came away very impressed! 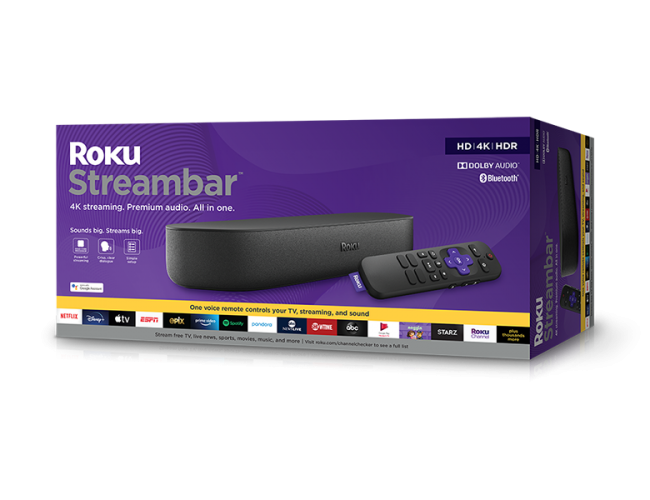 I haven’t had experience with a Roku device since my old Roku 3, so it’s been quite a while. The interface hasn’t changed much, so navigating setup on both devices was a snap. It struck me fairly quickly that both Roku devices are very snappy, especially in comparison to my aging Fire TV box. The remotes both came with quick access buttons to big streaming services (Netflix, Disney+, Hulu, and Sling). Unfortunately, you can’t reprogram these, which is a shame since I don’t use Sling, but I use Amazon Prime Video. The remotes for the StreamBar and Ultra are almost identical, but the Ultra comes with a headphone jack and headphones for silent viewing as well. They bring the same solid and easy Roku experience in different form factors at the core, but there are a few differences that might tip you to one or the other if you’re on the fence. 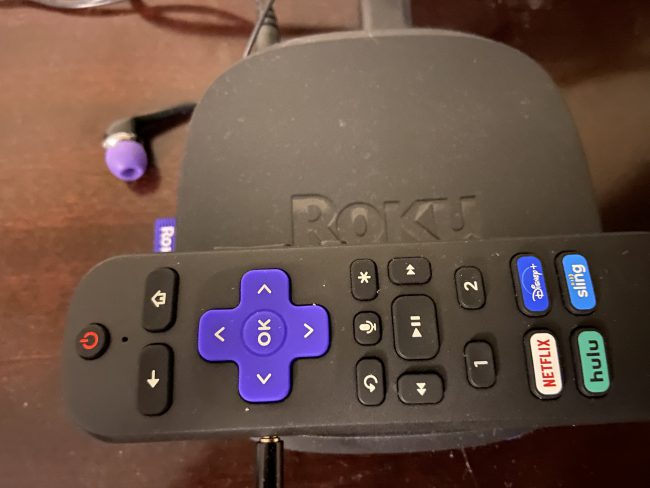 As I mentioned above, the Ultra has a headphone jack in the remote. It seems like an odd inclusion, but it actually makes a great deal of sense if you’re using the Ultra in a bedroom or you’re trying to avoid keeping someone else awake. My son insists on leaving the Roku on if he’s asleep in my room, so the light doesn’t bother him, and if I feel like watching TV after he’s asleep, it’s super handy to plug in the headphones over watching TV on my phone to avoid waking him. Incidentally, the Roku Ultra screen saver is an underwater theme, and there’s a rock with the word ROKU carved into it. Roku also helped me learn I definitely do not need to have my son’s eyes checked, as he could read the ROKU on the rock easily in the dark from across the room, while I had to squint even with my glasses on…so apparently, you can add “DIY eye exam” to the list of things Roku can do. Roku Ultra can stream up to 4K, but my aging TV in my bedroom is not that fancy. Still, the HD experience on Roku is very sharp and clean, and it looks great. While the Roku Ultra may not be streaming to the top end of what it can do on my TV, it’s still given it new life with the speedy interface and excellent resolution it offers! 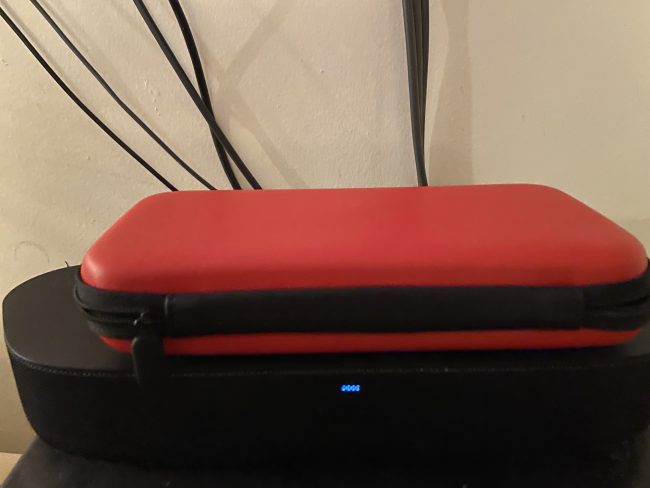 StreamBar is only slightly larger than my son’s Nintendo Switch case.

Roku StreamBar is a lot of technology and power in a small package. I’ve always resisted getting a soundbar because I didn’t see the point when my apartment isn’t exactly large. But I’ve been pleasantly surprised by the fullness of the sound that comes out of the StreamBar. It’s quite clear, the sound is crisp, and while it can be boomingly loud, it sounds good at lower volumes too, thanks to the Dolby Audio. Also, it functions as an external speaker for the television even when not using the Roku itself, which is a neat trick and has come in handy when watching TV from our Fire TV as well (more on that below).

If you really want to make your sound system blow you away, you can also add Roku Speakers and Subwoofer for a truly cinematic experience. However, as I said with my relatively small place, the StreamBar on its own filled the area with sound quite well. It could be a placebo effect, but I feel like Roku’s streaming video is clearer and sharper as well. Functionally, the Roku experience is exactly the same on the Ultra and the StreamBar. Still, if I had to pick just one, I would say the bonus of having a soundbar combined with a streaming device makes the StreamBar the winner. It’s fairly compact and stacks nicely on top of my cable box (and the DVD player whose remote I lost), so it isn’t in the way at all. The only complaint I have is that the remote on the StreamBar doesn’t come with a headphone jack, so you lose the option for private viewing. 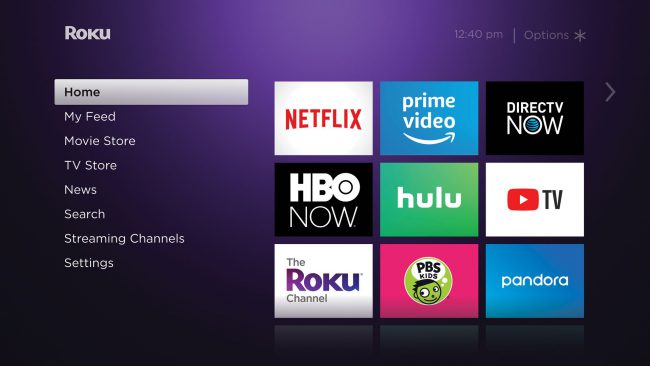 I can’t help but compare the Roku experience to Fire TV. In many ways, Roku is better — it’s far, far faster at pulling up apps, and the interface is much less laggy. On the other hand, the voice controls on Fire TV are much more advanced, with the ability to search more easily across apps, in apps, and by the creator. For example, my son can ask for his favorite video game walkthroughs by the creator on the Fire TV, but the Roku can’t seem to do that. This caused my son to declare that he likes Fire TV more, though he gets like a half vote due to his age and lack of purchasing power. Also, the voice search service doesn’t work within apps but across the whole OS. This has some benefits, in that you don’t need to exit to the home screen to search, but it also means if you use the voice search in, say, Hulu, you get bounced back to the main screen to go right back to…Hulu. Also, Fire TV has a slant towards Amazon’s own Prime Video services in terms of the user interface. This can be annoying, like when you need to scroll through six Amazon Video thumbnails to get to Netflix or Hulu, or it can be handy when you can jump to every Legend of Zelda walkthrough on Amazon easily [in case it wasn’t already clear, I’m not the one in my household obsessively watching video game walkthroughs]. This also highlights why my son likes Fire TV while I prefer the Roku, and it really sums up the value proposition here. Roku shines when you treat it as a completely agnostic streaming service, one that aggregates and presents a uniformly excellent experience regardless of whether you’re choosing Netflix, Hulu, Amazon, or something else.

Update: Roku sent an update out that adds HomeKit and Airplay support, and we were really impressed!

The Roku Ultra sells for $99.99, and the Roki Stream Bar sells for $129.99; they are both available from the manufacturer and other retailers, including Amazon [affiliate link].

What I Liked: Dependable and familiar user interface; speedy at swapping between streaming services; many, many streaming options; agnostic and equally supportive of all streaming platforms; offers bright and clear resolution; StreamBar has excellent sound quality

What Needs Improvement: The voice search feature is anemic compared to Fire TV; no ability to customize shortcut buttons on the remote control