MediaTek has just introduced it’s latest 5G smartphone chipsets, the Dimensity 1200 and Dimensity 1100. These chipsets will give device manufacturers even more options to choose from as they design smartphone models that feature top of the line cameras, graphics, connectivity enhancements, and more. 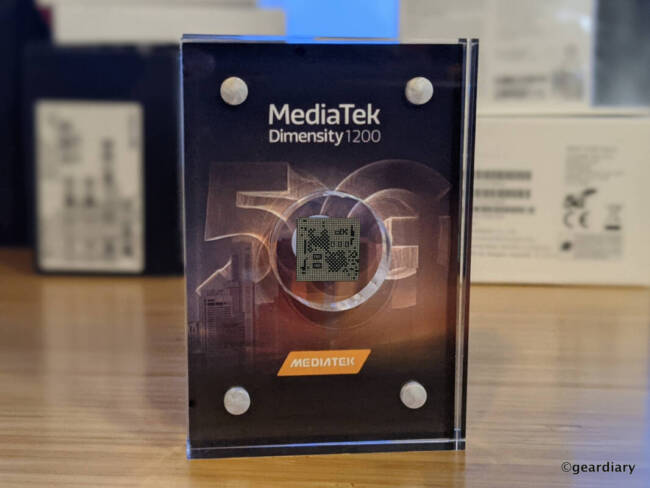 Both the Dimensity 1200 and 1100 have integrated 5G modems with MediaTek’s 5G UltraSave technology for power savings. They will both support every connection generation from 2G to 5G for connectivity in any coverage area. In 5G markets, these chipsets will work with standalone and non-standalone 5G architectures. These new chips will handle 5G carrier aggregations, including frequency division duplex (FDD) and time division duplex (TDD), dynamic spectrum sharing (DSS), True Dual SIM 5G (5G SA + 5G SA), and Voice over New Radio (VoNR).

Phones can have display refresh rates of up to 168Hz with the Dimensity 1200, while the Dimensity 1100 will support display refresh rates of up to 144Hz. These higher refresh rates might not seem like a big deal if you mainly use your phone to check emails and use messaging, but if you are a gamer, you’ll appreciate the sharp visuals with zero-lag. Speaking of gaming, the two new chipsets support ray tracing in mobile games and AR for more realistic visuals while providing power savings so that you can go longer without having to recharge.

Both the Dimensity 1200 and 1100 support Bluetooth 5.2. so you’ll be able to stream to multiple wireless devices simultaneously. Ultra-low latency true wireless stereo audio and LC3 encoding will be supported, so wireless earbuds’ battery life will be prolonged.

Some OEMs who are already expressing support for the new Dimensity chips include Xiaomi, Vivo, OPPO, and realme. We can expect to see the new Dimentisty 1200 and Dimensity 1100 in smartphones coming in the first half of this year.