I have always loved that picture of my brother and me playing Pong at our aunt’s house one Thanksgiving back in the 70s. For those of us born in the 60s, Pong represented a revolution – a video game system that we could hook to our TV. By the time the 80s were in full swing Pong was an anachronism, yet there is something fun about the simplicity of the gameplay, the challenge of the head-to-head fun. Now you can get a revamped Pong game made as part of the PONG Indie Developer Challenge for free in celebration of the 40th anniversary of Pong! Major features: Pong is back and all new – you are still batting a ball back and forth, but now you have paddles with distinct capabilities and power-ups, as well as a load of effects that can turn the tide of a game such as wind and fog and more.

You are controlling your paddle with finger on screen, sliding side to side. It sounds simple but all of the on-screen action will keep you working hard. I knew it was a challenge when I took a few attempts to get past the first world!

You earn coins as you complete levels (or fail trying), and those are used to earn new levels or buy power-ups. As is common in this game type, those who struggle will contiue to struggle and barely manage to advance from level to level, while better players will easily earn enough to but new paddles and so on. The obvious side-effect of this is the ability to but more coins with real money – but fortunately the game doesn’t push too hard.

Ease of use/Overall performance: If you are an excellent Pong player you will have no problem, but in spite of playing for years I struggled. One issue I had was that as I played more and more my finger-oil slowed my response time … or so I am claiming! In reality this is a very challenging game with loads of fun and options.

Would use again/recommend?: Absolutely! I had a blast working my wy from level to level!

Suggested changes/wish list for updates: Best rewards go to those who need them least. 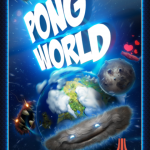 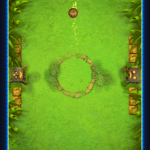 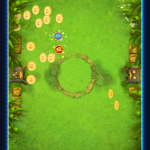 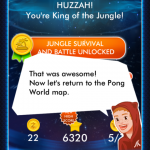 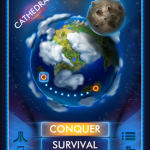