After what seemed like an eternity Roku has released a brand new streaming box today.  The Roku 3 finally does away with all connections for old standard definition TV’s in this iteration making the box HD only.  It has HDMI, Ethernet, USB and a power port and that’s it.  The new box has beefed up hardware and improved searching on the device itself.  Roku promises that the user interface on the Roku 3 is the most responsive they have designed as well.  One last bit of news for the new Roku 3 is that the wireless remote now includes a headphone jack.  Plug a set of buds in and you can watch a movie at night without waking up the whole house.

The best part of this new Roku, to me, is the headphone jack on the remote.  I can see this especially useful at night, of course, but one thing I do a lot is watch and listen to live streaming video of podcasts.  Sometimes I don’t need to watch the video 100 percent of the time so with this remote I can start the video, put the earbuds on and do some cooking in the kitchen while I listen to the Roku.

The worst thing with the new box is doing away with the standard definition connection.  One trick a friend of mine uses with his Roku 2 XS is he’ll take it with him and tether to his phone in the hotel room instead of watching cable.  This can even be done in hotels who have not switched to high definition yet.  So even if you upgrade it might still be worth keeping your old one around. 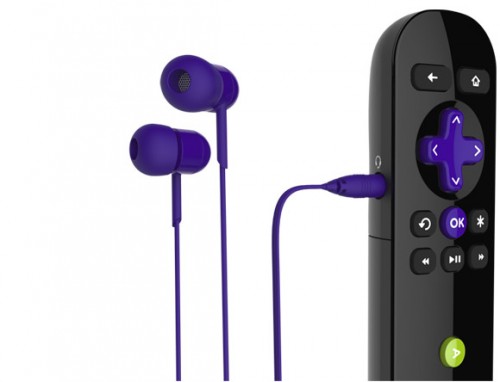