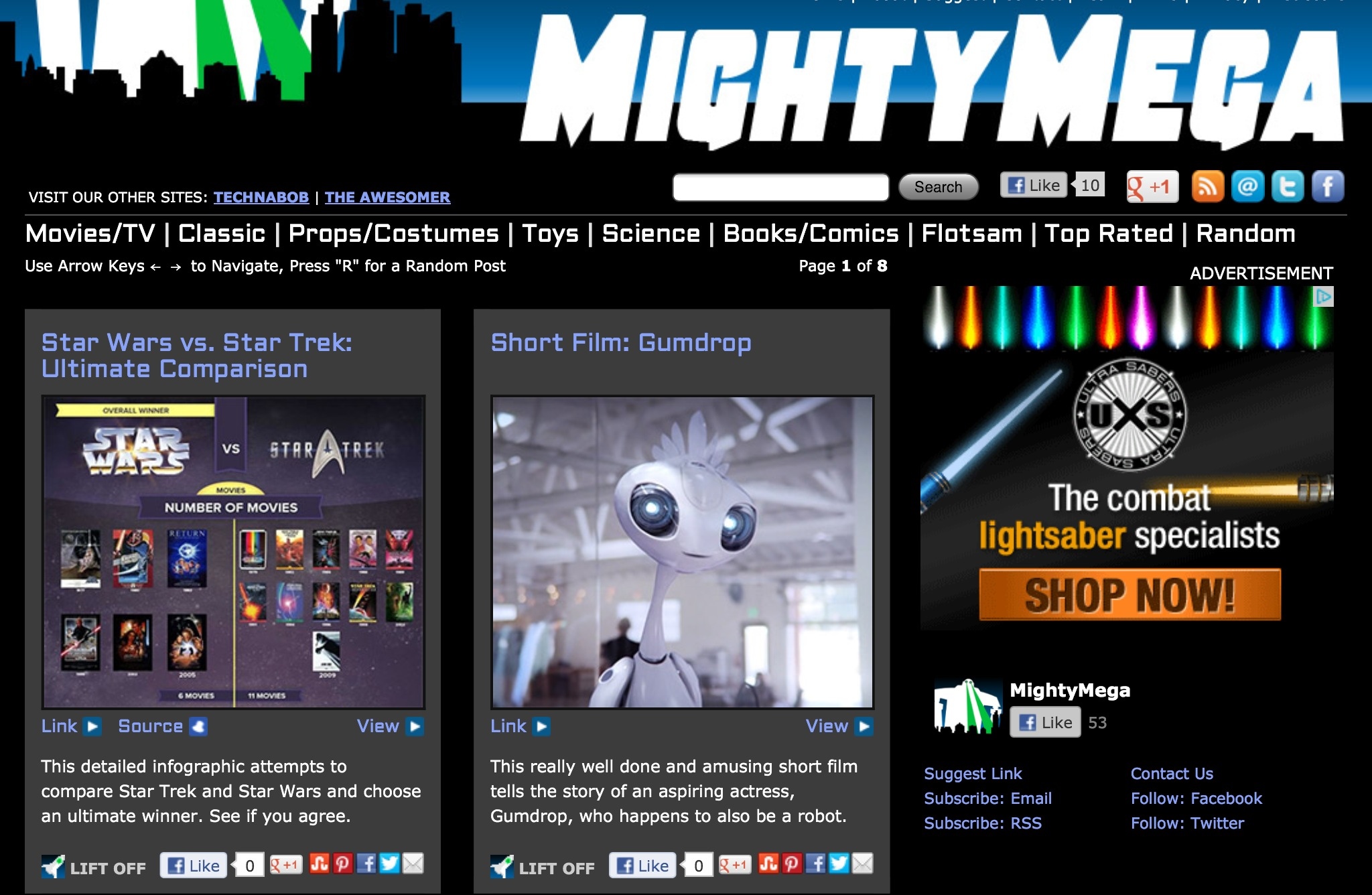 I am a self-professed sci-fi geek. Sarah is … not. She tries for my sake to be supportive of my favorite shows, but she just doesn’t understand it. And there have been many road trips where I’ve droned on and on about Battlestar Galactica or Star Trek, and Sarah has nearly driven off the road in frustration and boredom. So I need an outlet for all my geekery. Luckily for me, MightyMega has launched as a repository of all things awesome and sci-fi on the Internet!

MightyMega is from the same folks that bring you The Awesomer and Technabob, so the pedigree is certainly strong. Basically, they’re grabbing and sharing all sorts of fun sci-fi tidbits. My personal favorite over the last few days: a chart comparing “Star Wars” and “Star Trek”. This isn’t a simple “Is a phaser better than a lightsaber?” type argument. This is a full-on geeked out analysis comparing box office revenues, number of Emmys won, resale value of action figures, all sorts of metrics. In the end, Star Wars won, though I would argue Star Trek has the edge because Data would totally kick C3PO’s protocol butt. Sadly, that was not one of the metrics used.

Still, it’s worth checking Mighty Mega out if you, like me, live in the world of geekery. They are slowly ramping up, but there’s definitely a handful of posts each week, and they are all pretty entertaining. Now, if you’ll excuse me I’m off to check out the Battlestar Galactica timeline, which makes me want to rewatch the series all over again!

What’s your favorite sci-fi guilty pleasure? Has MightyMega covered it yet?