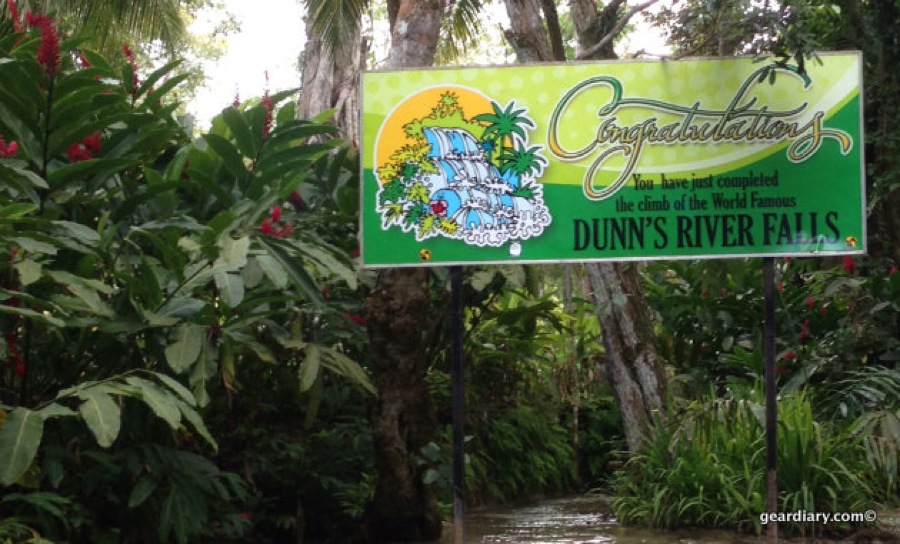 Dunn’s River Falls is awesome, and it is a visit I encourage anyone going to Jamaica to make. There was some gear that made the trip even better, and I thought I might share some of the items; so here’s a rundown of my Dunn’s River Falls Survival Gear. 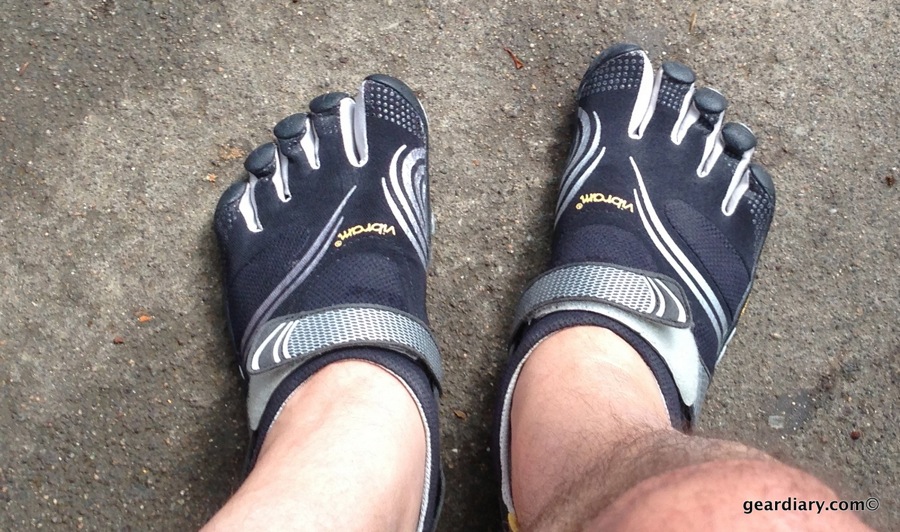 I wanted to make sure I could run while here in Jamaica, but I also wanted to pack lightly. That’s why, when all was said and done, I brought my Vibram Five Fingers shoes. They are great for running, but they are also good for simply walking around. Little did I know they would come in handy at Dunn’s River Falls. All the guidebooks made clear the fact that good shoes with decent traction are a must, and they weren’t kidding. The rocks were slippery to begin with. Combine that with water forcefully rushing at you, and shoes that are comfortable, grip well and will stay on no matter what are a must. My Vibrams filled the bill and, as an added bonus, they dried quickly when we were done climbing the falls. Sure, Vibram Five Fingers are just about the ugliest shoes you can buy, but for the comfort and versatility they can’t be beat. Check them out here. 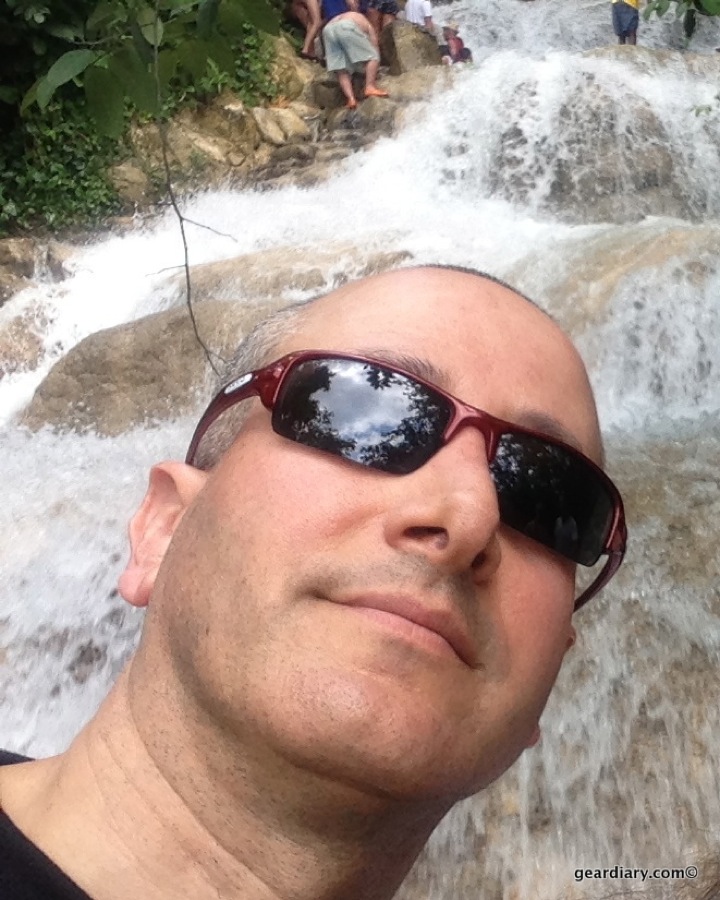 The jungle canopy at Dunn’s River Falls is thick, but that doesn’t mean the sun doesn’t shine through. I really wanted to keep my eyes protected from the sun, but I also wanted a pair of sunglasses that would stay on without having to use those lame croakies. In addition the glasses need to be waterproof. The Revo Sunglasses I bought during CES 2010 were perfect. Mine have seen a huge amount of use, but they still look brand new. Designed as sport sunglasses, they stay put without the need for extra accessories. Add in the fact that water doesn’t seem to bother them in the least, and you have a great pair of all-around sunglasses. Best of all, they don’t scream “sports sunglasses”… they just are. Check them out.

I’ve professed my fondness for the LifeProof line of cases numerous times over the past few years. I had one of the first LifeProof cases when they were released for the iPhone 4/4S. I was immediately impressed. Then I had the chance to check out the LifeProof Nuud for iPad. It too impressed me.

Then I took my iPod touch 4 to Aruba in a LifeProof case and used it to shoot video when Judie, Kevin and I went snorkeling at a German ship wreck.

I brought my iPhone 5 in a LifeProof case to the falls, and it served me amazingly well. I didn’t have time to test the waterproof nature of the case when I “borrowed” it back from a friend to whom I had lent it, but decided to trust it anyhow. The phone spent much of the climb in my pocket and underwater. I wasn’t worried (much) about it, since I’ve had nothing but good experiences with LifeProof cases. Still, I wish I had been able to cover this review sample with the company’s new “Waterproof Insurance”. (Read all about it.)

All of this video, as well as all the pictures in this and the previous Dunn’s River Falls post, were shot while my iPhone was tucked safely inside. Get a LifeProof case here from our Amazon Affiliate Store. 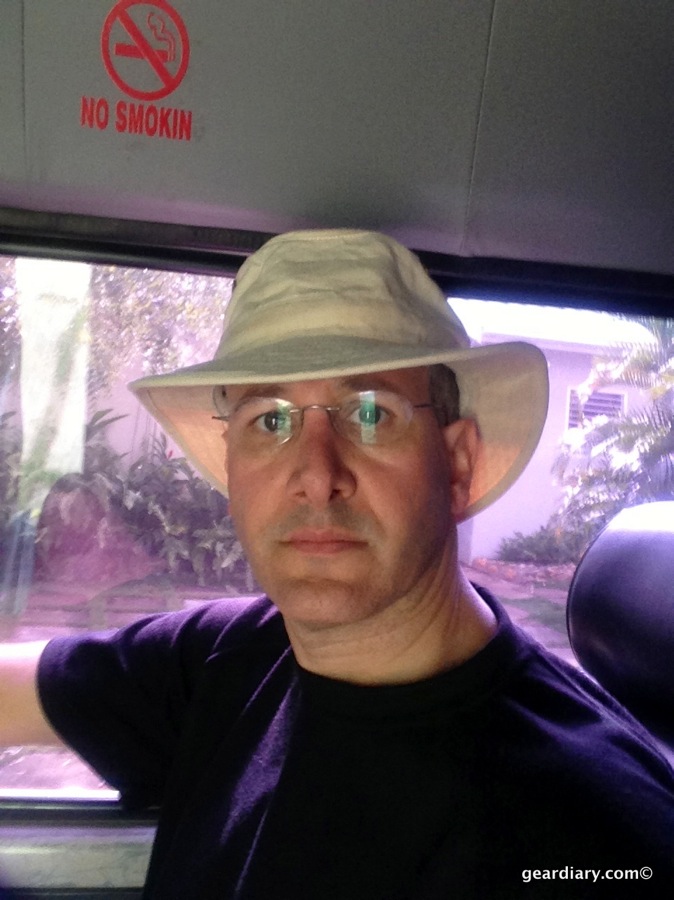 I didn’t actually end up wearing my Tilley Hat while climbing the falls, but this hat is a great travel companion. It is made from hemp so you know it is tough. It comes from Tilley Endurables so you know it will stand the test of time, and it is comfortable. Seriously, even if you don’t wear hats all that often, this is one you will enjoy having and using. The TH5 Tilley Hemp Hat is a medium brim hat made from hemp fabric. It is naturally resistant to UV light, mold, mildew, and salt water. Best of all it is tough. My Tilley Hemp hat has been to the Caribbean numerous times, Israel twice, Jordan and assorted other destinations. As someone who can be a bit sun sensitive, I have found using it to be a great way to stay protected. Check out the Tilley TH5 here. 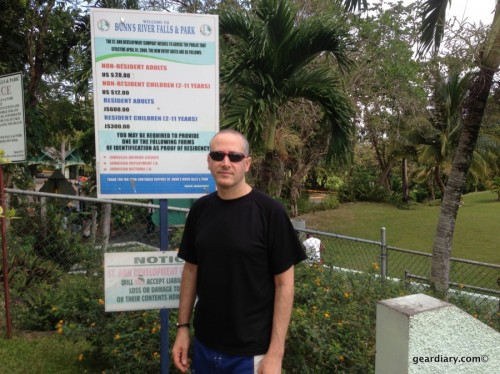 I recently reviewed Discovery Trekking’s towel offerings. (Read the review.) The towels are light weight, pack small and dry quickly. They are a fantastic travel partner, and the company also makes t-shirts from the same material. (Actually the t-shirts came first!) I liked the towels enough that I bought a few t-shirts before we came down to Jamaica. I wore one of them while we climbed Dunn’s River falls, and I was impressed with how comfortable it was when wet and how quickly it dried when we were done. You can check out the towels here.