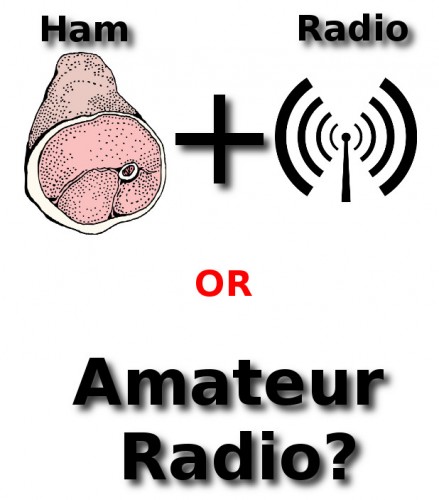 I hope you have been enjoying my posts on Amateur Radio.  Other than mobile tech and the typical tech stuff I am into, it is one of my most favorite things to do in the evening.  Nothing beats chatting with a group of fellow hams about amateur radio itself, the tech behind it, or other things that are related.

As you may have noticed, I use the terms amateur radio and ham radio pretty interchangeably.  They are indeed one and the same; there’s no difference.  However, one might wonder how the term ham radio come about?  Well, according to the ARRL, the term was at one point used to deride the amateur operators of the day when there were only spark gap transmitters.  A Spark Gap transmitter is a primitive radio that was first used to transmit Morse Code or CW as we call it today.  Spark gap transmitters had one very annoying trait.  When you transmitted, you transmitted on every part of the spectrum in the area.  Two hams chatting with spark gap transmitters would block not only the amateur radio communications in the area but also the commercial uses of radio at that time too.  The amateur stations at the time could be very powerful so the commercial operators would blame it on those hams.  A ham was considered a poor radio operator.  In what is a somewhat American tradition and also an informal geek tradition, the amateur radio operators picked up the terms themselves.  They may not have even known what it meant at the time.  The term just stuck.  Now the true meaning is no longer known by a majority of the amatuer radio community.

So don’t get confused!  Use either term.  We won’t be offended as it’s the same thing.

With that, I will link to a video that stars the late Walter Cronkite who explains what ham radio is and why it’s important.  This video was originally made in 2003 by the ARRL.