Last week I expressed my boredom with my iPhone, and took a leap of faith by ordering a Nokia Lumia 928. It arrived last night (darn holiday weekend got in the way of FedEx delivering my phone faster!);  now that I’ve had 24 hours to get the basics of the phone down, I thought I’d share some initial thoughts. 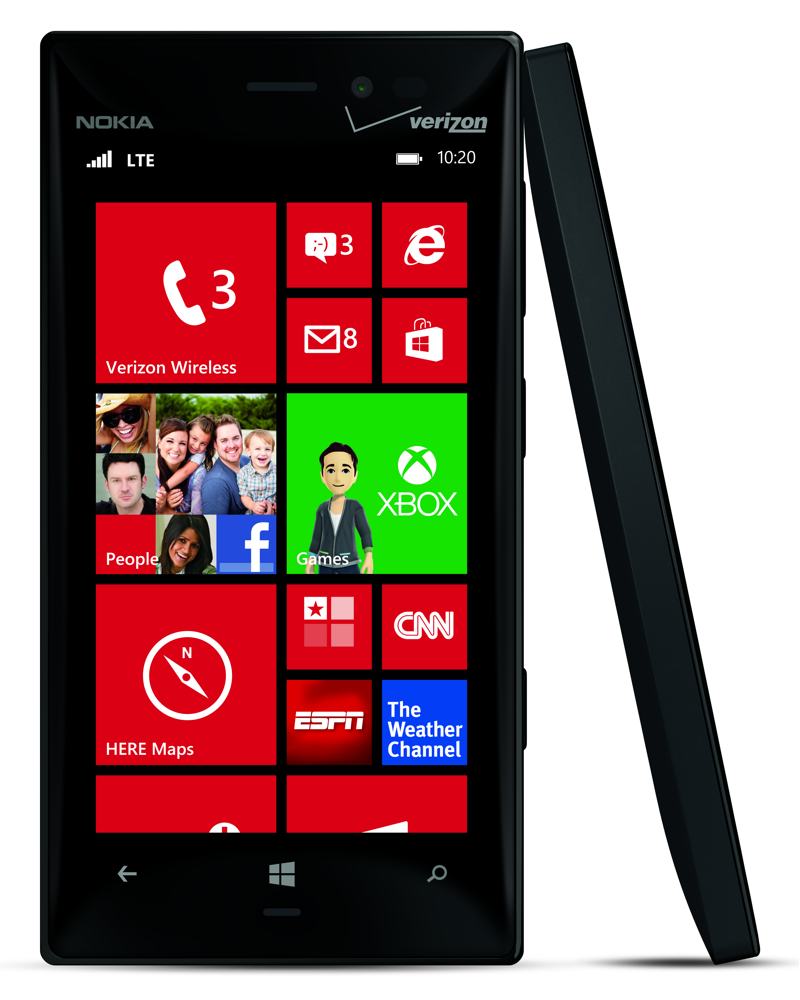 First, a tip if you’re coming from a Verizon 3G device to a 4G LTE one — make sure you fully read the instructions and activate the SIM card before turning on the phone. Otherwise, you’ll be very confused when nothing connects. And that will just make you sad. All this is hypothetical, of course, and not a rookie mistake I made last night in my enthusiasm at setting up a new phone. Also, if you’re coming from an iPhone, you will need to delete your iPhone from your Apple ID profile; Apple ate a few of my text messages last night before I got that fixed, even though I’ve had iMessage turned off for a week.

Once I was finally up and running, and receiving text messages, I got to work understanding Windows Phone. It didn’t take long to grasp the user interface, and I’ve been tweaking the Live Tiles on and off all day. I will say that the social media/contacts/email/text integration is amazing. It blows my mind that I can set up a tile for Sarah, and be able to see not only Facebook and Twitter, but also our emails and texts for the last few weeks. This feature alone is amazing! Plus, I really like that I’m not bound to one size of Live Tile. On the one hand, I like having a few large tiles with key information, but on the other, I’m also enjoying having tons of shortcuts to apps and email accounts and people. Eventually, I’ll decide on a layout I like, but in the meantime, I’m having fun playing with all the options!

In no particular order, a few other things struck me as really standout features so far. One, to go from vibrate to sound, there’s a small icon that appears whenever you use the volume keys. It’s no different from the switch on the iPhone, and it’s way easier than having to dig into settings or turn the volume all the way down to trigger vibrate mode. I also like that there are music controls that appear right on the homescreen automatically while Pandora or another music program is running. Again, not to compare it constantly to the iPhone, but having controls always available is super handy, and works even better than double-clicking a button. Finally, I’d be remiss if I didn’t discuss the camera, which is quite excellent. Check out the comparison between the 928 and an iPhone 4S below. Both were taken from the same spot on our deck, and there were no outside lights on for either shot: 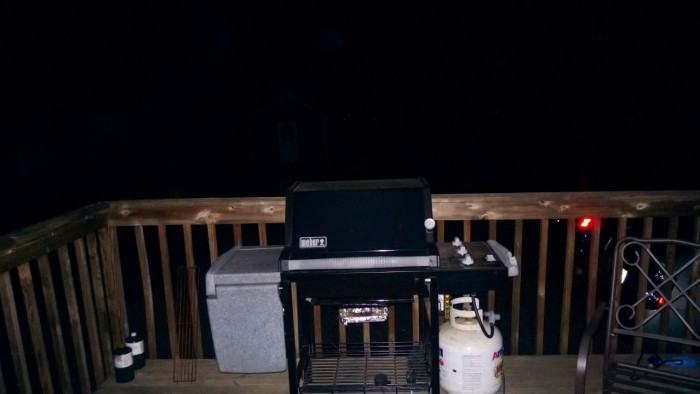 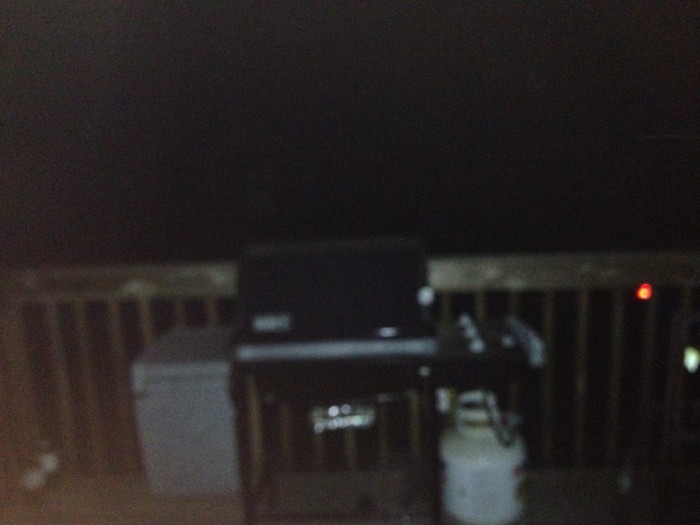 Taken with an iPhone 4S

It’s not all roses and happiness though. I’m sure I will find bugs and issues as I go, and I have noticed one so far: The volume control doesn’t seem to separate between media volume and ringtone, so if I turn up the volume for Pandora, I’m also sharing my email notifications with half the town (ok, maybe I play my music a little loud, but it doesn’t mean the next email that comes in should be at eardrum-blowing levels). I’m not sure if this is a Windows Phone issue, a Nokia issue, or a flukey thing, but it’s a slight pain.

Overall, I’m really, really happy I decided to make the switch. Windows Phone reminds me of the best parts of iOS and Android mixed together, and I’ve barely scratched the surface of getting to know what it can do! Stay tuned for a full review in the next few weeks, but for now, I have a quick video tour of the Lumia 928: