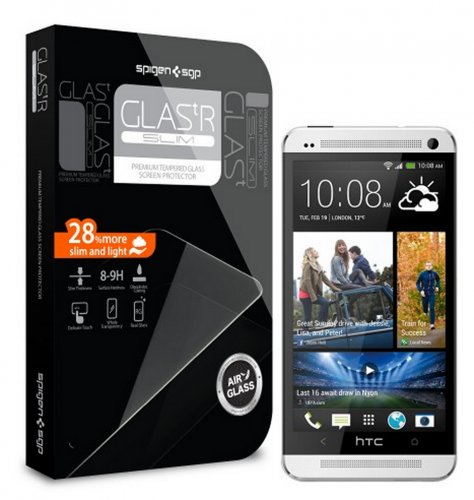 I have a GLAS.tR screen protector on my iPhone 5, and I absolutely love it. When I purchased an AT&T HTC One, I was very pleased to find out that the same excellent tempered glass screen protection was available for it. I purchased the GLAS.tR, installed it (it looked great, btw), marveled at how clear and responsive my screen was after the installation … and then was ultimately disappointed when I found that the back and home capacitive buttons on my AT&T HTC One no longer worked.

I had noticed that the front of the GLAS.tR’s box said this … 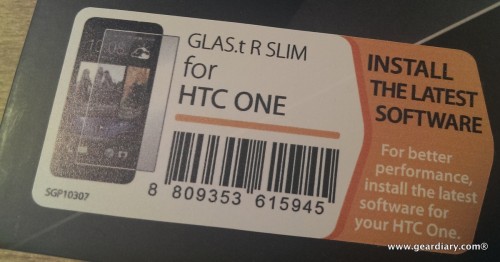 AT&T Says I have the latest update, so I should be good to go!

The software number on my AT&T HTC One is 1.26.502.10, and there are no updates currently available for my phone; so there should have been no problem, right?

Upon closer inspection of the GLAS.tR product info on the Spigen site, I learned that this item will only work with software version 1.29.709.12 or later; unfortunately that’s not even in the same ballpark as mine.

In other words, not compatible with the AT&T HTC One at this time.

The Moral of this story? Don’t make the same mistake I did by assuming that just because there are no updates available for your HTC One, your HTC One is up to date. You should also refrain from making the assumption that there is a misprint in Spigen’s answer, because here’s the thing: I also happen to have an unlocked Google Play HTC One, which is running build number 2.14.1700.15. I installed the screen protector on that phone, and the same two buttons that were affected on the AT&T HEC One worked just fine.

If you are looking for one of the finest tempered glass screen protectors that money can buy, and you have a Google Play edition of the HTC One, then you should definitely consider the Spigen GLAS.tR. But if you have an AT&T HTC One, you should save your money (for now), and consider their Spigen Steinheil Protector, instead.

I’ve requested an RMA from Spigen, and I am hoping that they will take pity on me. =P