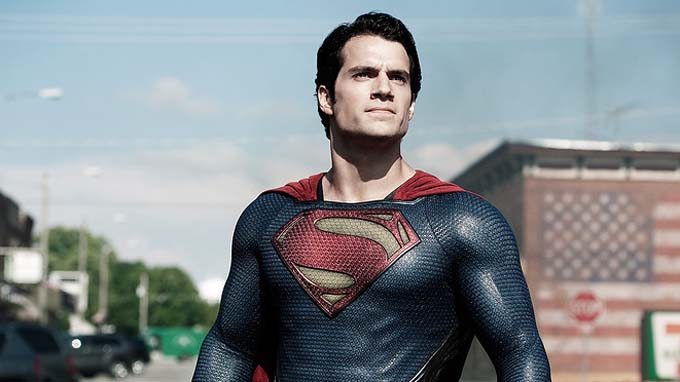 Superman Returns often feels like an homage rewarding viewers of the previous four Superman films with many references, inside jokes and related scenes. Man of Steel is a re-focusing of Clark’s personal journey growing up (mostly through flashbacks during his often traumatic experiences) while revealing his detailed background from his home planet, Krypton. Audiences get lots of alien activity in serious, intense tone with three small moments with subtle humor through character dialogue.

Filmmakers have ample screen time (approximately 143 minutes) for a deliberately paced plot, which audiences see a lot of familiar techniques that slightly dampen the entertainment value of the film. The numerous action sequences and “alien” elements number like the stars in the sky. The endless action sequences match the stakes while observant audiences will notice several visual references. For example, watch for the words on a white water tower when Superman begins to battle two of Zod’s soldiers including Faora-Ul, played by Antje Traue in a star making role.

Newcomer Henry Cavill slowly makes an impression as the Man of Steel. He doesn’t huff and puff or grunt and groan when fighting, because…well, he’s Superman. Cavill anchors this interesting character study full of self discovery as he grows up in a world where his powers are desperately needed.

Amy Adams has a great performance as Lois Lane, a seasoned reporter for the Daily Planet and a strong, steadfast woman capable of sustaining her “super” relationship with Clark. The Planet’s role in Clark’s life is very diminished in this film, which, unfortunately, limits the role of famous editor Perry White, played by Laurence Fishburne.

The impressive emotional depth creates strong emotions, especially through Lois and Clark’s relationship. Filmmakers take Lois and Superman’s relationship into a new plateau, especially regarding their background and experiences together. Adams and Cavill create a no-nonsense chemistry together as they deal with Kryptonian General Zod villain, played by Michael Shannon , bent on punishing Earth and Kal-El to achieve his own selfish gains. His relevant background illustrates a key civilization difference between these two worlds.

Diane Lane plays Martha Kent while her husband Jonathan Kent is well-played by Kevin Costner. This duo sets the perfect emotional tone as adopted parents of Clark Kent. Clark’s Kryptonian father Jor-El is well-played by Russell Crowe (Gladiator) who guides his son Kal-El (a.k.a. Clark) through his origin discovery. These two father figures display memorable parental practices with touching moments of love, grace, and sacrifice for good. They also impress with memorable and unpredictable appearances thanks to flashbacks and other “technological” logistics.

Screenwriter David S. Goyer creates an involving story co-written with Christopher Nolan who also co-produced this epic film. Man of Steel, is still based on Superman characters created by Jerry Siegel & Joe Shuster and published by DC Entertainment, but often breaks the traditional inclusion of familiar elements. For example, the planet Krypton is definitely mentioned, but the element from that planet and its effects on Clark only has one minor impact on the plot during an action sequence set in the Indian Ocean.