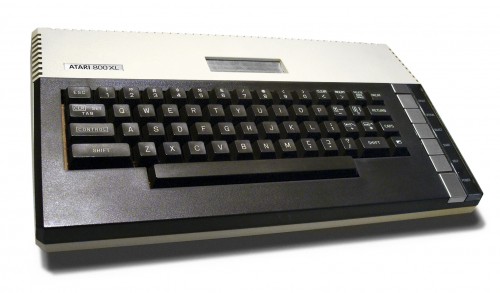 Everyone can recall their first car, a first school, and a first phone, but today I am going to reminisce about how I first got started into computing.  In 1986 my brother and I received our first computer as a gift; that computer was the Atari 800XL.  Back then there were many players vying for home computing supremacy.  IBM may have ruled the office with the IBM PC, and Apple may have ruled some homes and schools with the Apple II, but in most of my friends homes back in the day it was one of two computers: you were either an Atari 8 bit person or a Commodore person. My family had already owned an Atari 2600, my Dad really liked the idea of using the Atari game controllers on our computer for games; since he really liked playing Atari with my brother and I, he thought that the 800XL would be a good computer to get us started with.

The Atari 800XL was released in 1983 and was an evolution of the Atari 400 and 800 which were Atari’s first computing systems.  The 800XL was very similar to the Atari 800, but it was smaller than the 800 and had a new Parallel Bus Interface which I never used.  Any peripherals that my family had were based on Atari’s SIO (Serial Input Output) interface, which let you daisy chain peripherals way before Thunderbolt did.  SIO was designed by Joe Decuir who also has a hand in the design of USB!  Unfortunately, SIO required some chips that made it more expensive to make peripherals than it was for the Commodore systems.  Even so, I had a Tape Drive (Atari 1010), a letter quality printer (Atari 1027), plus a unique printer that had more in common with a plotter than a printer in the Atari 1020.

Of course, we also had many games for the system and software.  Most of the games were delivered in cartridge form, however I did have a game or two that I had to wait 30 to 40 minutes to load from the tape drive!

Today you can relive some of the Atari 8 bit glory by running Colleen on your Android based phone; it’s free on the Google Play Store.

That’s how I got started in computing.  What was your first system?