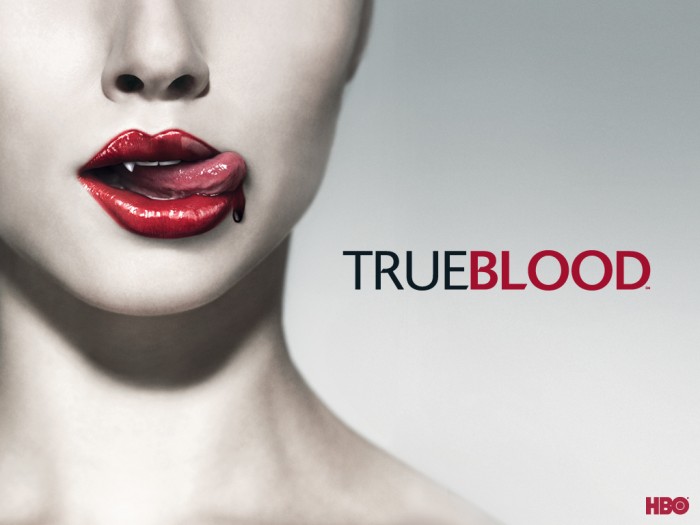 Last night, a Facebook friend shared a Sesame Street clip from 2010 that parodied HBO’s “True Blood“, calling it “True Mud”. As you’ll see below, it’s a whole lesson in things that rhyme with mud, and it’s silly and cute. It’s also weirdly psychic, as you’ll see after the break (spoilers through Season 5 below).

The parody is aimed to spoof the first episode when Sookie the waitress meets Bill the vampire. However, at the end of the clip, the Bill-puppet jumped into a bathtub of mud, emerging fully covered in the mud and acting a bit, well, primal. Here’s the thing — at the end of Season 5, Bill the vampire drinks a vial of blood he believes is the blood of Lilith, the first vampire. He effectively explodes and is reborn as a bloody, naked version of himself, fangs bared and very primal. So it’s both amusing and weird that the Sesame Street clip ends looking incredibly similar to the end of a True Blood episode that aired two years later! Maybe the writers were getting inspiration from children’s shows after they all but abandoned the source novels?

Check out a clip from Sesame Street, and let us know what you think in the comments!