Earlier this week I had the opportunity to check out a screening of The Martian, directed by Ridley Scott, who has a history of making films that aren’t only well produced but star actors who have a habit of being known for one acting genre and changing that.

Remember Josh Harnett? The guy everyone thought that could only be in the teen romance movies? Well Black Hawk Down showed a completely different view of him, especially for me. So I knew that Ridley would make Matt Damon put his best foot forward when it came to The Martian.

Recently, Matt Damon has been under fire for his controversial diversity comments, which have some feeling a particular way about supporting the film, including myself. But one thing I do know how to do is separate the actor and their work from their real-world commentary and enjoy a good film, which is exactly what I did with The Martian.

Early in September Carly actually wrote an article regarding our Book Club’s book of the Month, which happened to be based on the best-selling novel “The Martian”, written by Andy Weir. (Check out that post here). Usually I attempt to read the book before the film, but with me catching on so late, I decided to work backwards and see the film adaptation first, so my review of the film won’t necessarily be a comparison of what you’d get by turning pages. 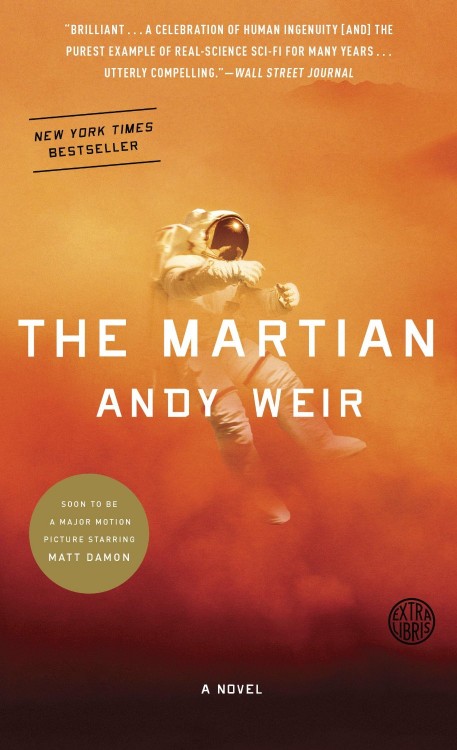 The premise of the movie is pretty simple: During a manned mission on the planet of Mars, Astronaut Mark Watney, played by Matt Damon, is presumed dead after an intense (and rather swift) storm and is left on Mars by the other five members of the crew. Watney however does live through the terrible storm, and he finds himself stranded with nothing but his wits and a conveniently placed station with limited supplies for him to use. 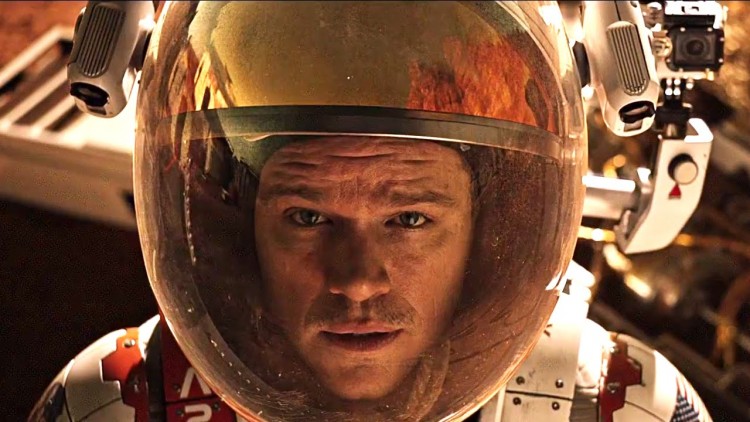 Now the first thing you’d have to ask yourself is … “If you’re on Mars, how long would you survive, knowing there’s no possibility to survive once your rations have depleted.” But luckily for Mark Watney, instead of being a normal 9 to 5er like the rest of us, he works for NASA and has the mental fortitude and the resources to attempt to connect to the world that may or may not know that he is alive. 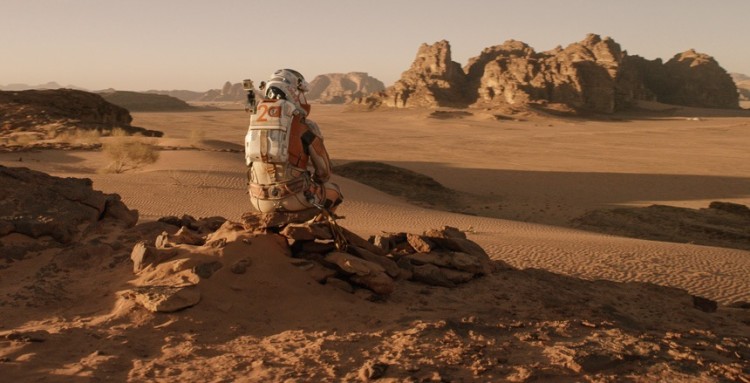 The story alone is very gripping, however there was one thing that I had to honestly research for myself since I am not an astrophysicist or an astronomer. Evidently the atmosphere on Mars is only a small (small being below 2%) percentage of the density of ours here on Earth, so the chances that storm happening up there are slim to none. But this doesn’t change the dynamic of “what if” in the movie.

Seeing that one lone crew member could be considered dead in a wind storm, however the resources are not blown away, and or broken did perplex me a little, but remember, this is a movie. There are a few “well that can’t possibly happen” moments, but they are few and far between the “well that’s pretty interesting and informative” moments, such as having to grow your own crops so you can feed yourself on a planet where things do not grow because … it does not rain. 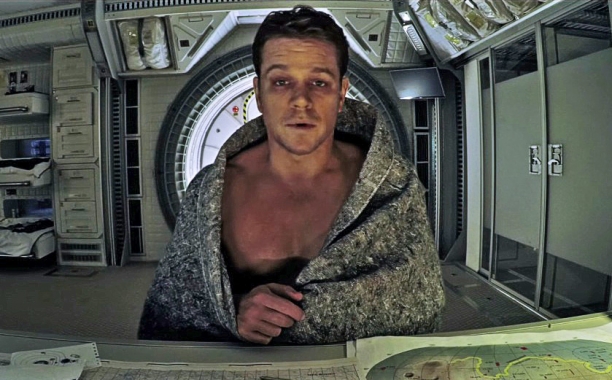 The score of the movie was executed perfectly, and the cinematography actually had me noticing little details like the vast range of red rocks for miles, and the pit holes of the planet shown in such detail. Seeing it in 3D (which I suggest doing) makes for an even more immersive experience that will be worth every dollar you’ll spend (even on the popcorn).

You’ll find yourself on an emotional rollercoaster feeling like you ARE Mark Watney, kind of the same way you felt for Will Smith in “I Am Legend”, except for there are no horrible looking CGI zombies and the backdrop of New York to marvel over.

Ridley Scott made this two-hour movie an experience that you won’t want to end, not because you want Mark to stay on Mars any longer than he has to, but rather to grasp a better concept of the day-to-day things he has to go through. As the days go on for him, you empathize, and hope that he can hear you (he cannot). You also get a glimpse of how life is here back on Earth with the mourning of Watney’s assumed death, and how particular people, once it’s realized he’s alive, decide to handle the situation … for better or for worse.

@AlSharpTongue Your tweet travelled 140m miles to help #BringHimHome. So we put it in our trailer! pic.twitter.com/zjXWgV6UT1

I personally wanted to know more about the inaccuracies of the movie not from the director or the cast, but from an actual astronaut, or someone who worked at NASA, and I was in luck. At the time of me writing my review of the movie there was a real-life astronaut, who never wrote a movie review before, but decided they needed to speak on the things that the movie got right, and wrong, which was very intriguing to read. Courtesy of our friends over at QZ.com, you can read the article here. This assured me the little details I pointed out weren’t just my mind playing tricks on me, however majority of the movie was indeed, accurate.

Overall I feel as though this is a movie everyone should attempt to see when it comes out tomorrow, so you can avoid your friends telling you how great of a film it truly is. If you’ve read the book already, there will obviously be points you’ll say “this isn’t as descriptive”, but you know the saying goes “the book is always better”, right? In this case, I’d say Ridley did the book justice.

Head over to Fandango and pre-order your tickets for the movie now.