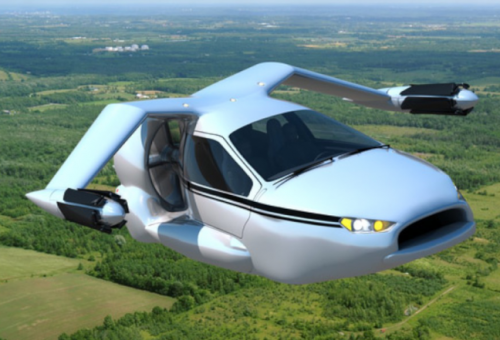 I have a 32 mile, 50 minute commute to work.  Even the slightest delay on the roads, will cause me to be late.  What could improve my commute, you ask?  Well, the answer is a flying car!  Terrafugia, a Massachusetts company, created the TF-X which is described as a cross between a Google self-driving car, a helicopter, and a plane.

Supposedly, I only need to wait another eight years until I can pay a projected $270,000 for a brand new TF-X.  When the flying car concept was first founded by MIT in 2006, developers announced that we would be driving and flying these new car/planes by the year 2010.  Three years later, I have not seen any flying cars, but I am sure ready to ditch the traffic, avoid the school buses, and hit the skies.  Let’s just hope the exciting new changes don’t come with even longer lines at the DMV.

Check out this link for more information and a cool video that demonstrates how the car transforms into a plane.

Stacey is the proud mother of two young children and a high school English teacher. Stacey is always on the lookout for the most innovative methods to integrate technology into her lessons and life as a mommy. In her severely limited free time, Stacey enjoys playing with her kids, exercising, cooking, and baking.