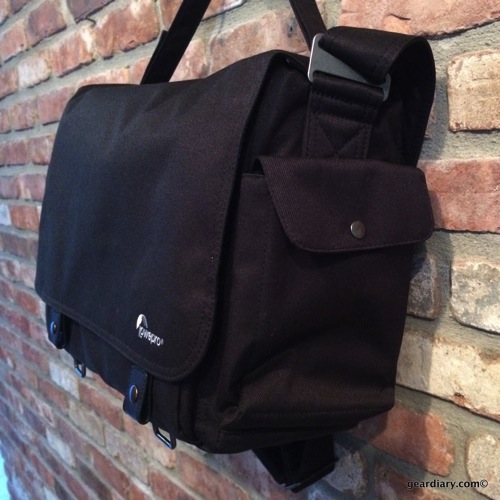 When Lowepro told me they had a brand new line of camera bags on the way, I was excited. The new line — the Lowepro Urban Reporter Camera Messenger Bags — consist of the Urban Reporter 150, 250, and 350. Priced from $119.99 to $159.99, they are a great option for someone looking to carry their gear in style. 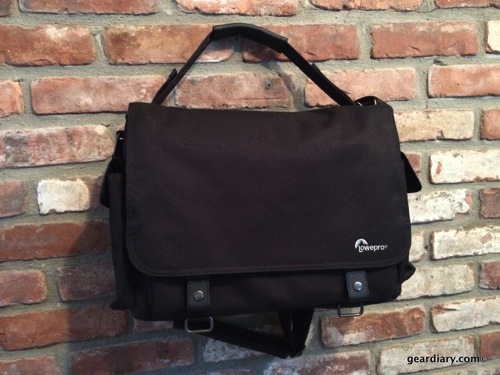 The first thing you notice when you pick up an Urban Reporter is the fact that it doesn’t look like a traditional camera bag. That’s pretty much the idea, since this is a bag you’ll be carrying with you on the streets of New York, Chicago, or Tel Aviv.

The material used in its construction is a high-quality cotton-like synthetic that both looks and feels terrific. Construction is what we’ve come to expect from Lowepro — solid but not overly done with no loose threads and each piece lining up perfectly. Surprisingly this bag is relatively light thanks to the materials used in its construction. That doesn’t mean this bag is flimsy — it isn’t — but it also doesn’t start off weighing a ton before you even put anything inside. 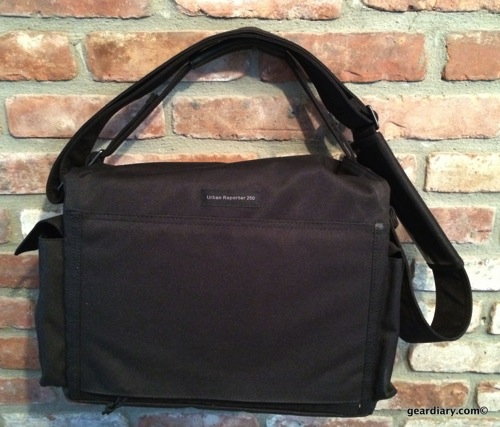 A grab handle on the top allows you to pick up the bag and get moving quickly, while the permanently attached shoulder strap allows you to wear it as you would any messenger bag. At first the position of grab handle bothered me since you have to move it out of the way before opening the bag’s main flap. After using the bag for a few days, I got used to it and this initial gripe became far less bothersome.

Along the back of the bag is a thin zippered pocket — perfect for some flat papers. 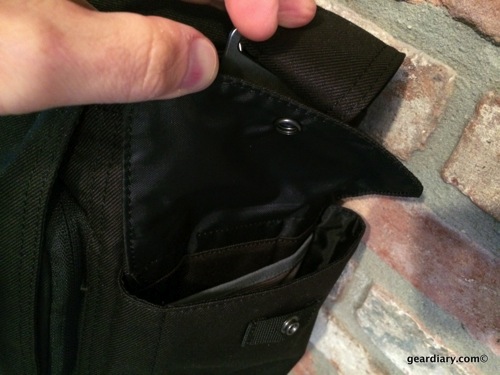 On each side there is a smartphone pocket which allows you to securely carry your phone or other small items while also keeping them within reach. It’s also perfectly sized for something like the zoom microphone. Each pocket is divided in two so you can stay organized. 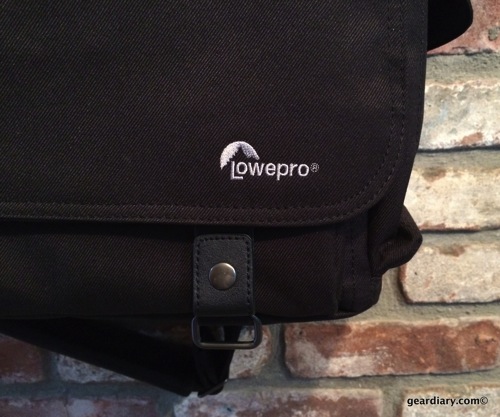 The main storage areas are beneath the flap. This actually brings us to the design feature I probably like least about this line of bags – the fasteners that keep the main flap closed. In order to access the contents of the bag, you need to unsnap both of these leather strips and pull them through the metal loop. I love the look of the fasteners but find them to take a bit more effort then I would otherwise like. I will say, however, that they are quite secure. I expect I’ll use this bag with the flap free much of the time and rely on gravity alone to keep it closed. 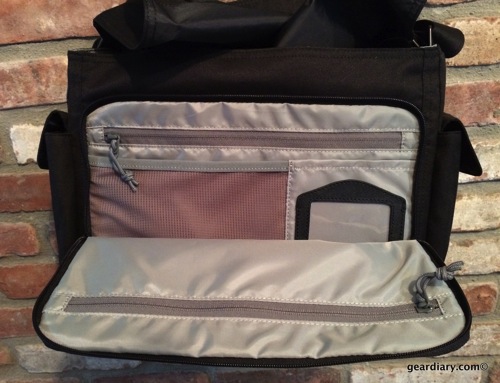 Once you lift the main flap you’ll find that there are three specific areas for storage. Toward the front there is an area that is zipped close on three sides. Unzipping this reveals a nice organizational panel. It’s not huge, nor is it overly complex, but it will allow you to keep some specific gear handy and accessible. 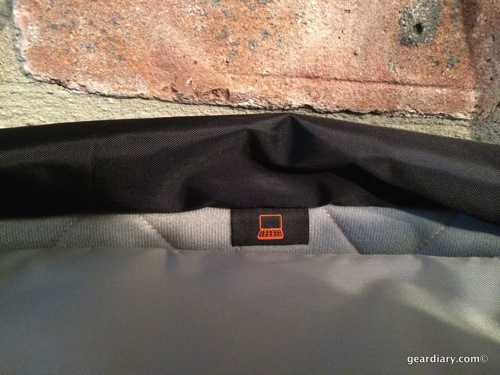 Toward the back is a space for a 13″ laptop. It is lined with soft material and has just enough padding to keep your work machine safe and secure. It’s a great way to carry your mobile photo lab with you anywhere, anytime! 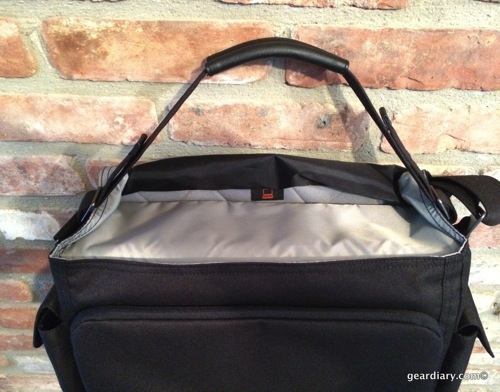 I really love the way the camera compartment is designed. It is simple but effective, and it is flexible.

Unlike many camera inserts, the one that ships with this bag has a flap that covers the top of the insert, and it securely closes thanks to the miracle that is Velcro. This provides a layer of protection not normally found in removable camera inserts. I love this feature for its safety and security, but also because it lets you use the camera insert as a standalone camera organizer. In addition, it makes leaving the main flap unsecured less of an issue.

The organizational area is plentiful on this bag, and the dividers can be moved in different directions and placed in such a way that it holds your specific gear.

The Lowepro Urban Reporter line of camera messenger bags is a great addition to their lineup of bags. Its clean lines, understated look, and flexibility make it a bag I’m truly enjoying.

What I Like: Great clean look; Light weight but tough; Just enough organization built into it; Camera insert is removable; Use as a standard messenger or as a camera bag

What Needs Improvement: Main flap secured with buckles that are a bit cumbersome; Hand and shoulder straps are not removable