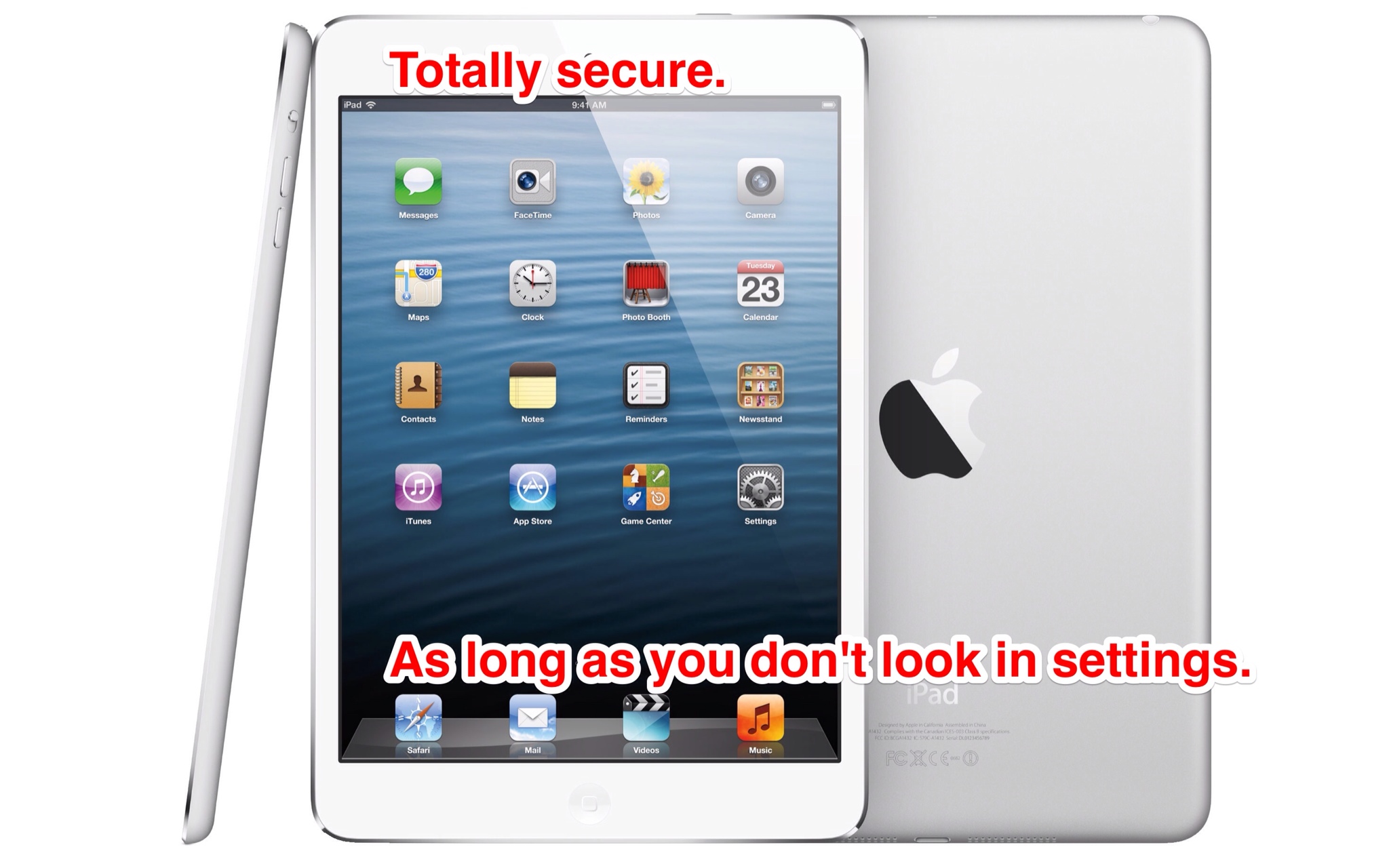 iPads are cropping up everywhere, from homes to work and even in school settings. But can an iPad truly be secured to the satisfaction of a conscientious IT department? One expert says no, and a high-profile example may prove him correct.

The city of Los Angeles has been planning to roll out iPads to their students, but it backfired slightly for them this past week. They initially rolled out the iPads with web restrictions, and within a few days many of the schools realized they underestimated the ability of children to circumvent technological roadblocks. All the students had to do was head into settings and delete the restriction profiles, and the iPad became wide open for them to browse as they pleased. According to an anonymous source, this isn’t a big surprise to those who work in IT and mobile devices.

Here’s what our source shared:

Every ISV in the mobile device management (MDM) space knows that there is absolutely no way to 100% secure Apple products. This is because Apple has designed their device management solution to be controlled by the end-user. If you have an Apple device protected by an MDM application, it’s as easy as going into settings and removing the management profile at which point the device is wide open again. The students didn’t have to do much hacking to figure this out.

Our source also suggested that Samsung’s SAFE program is much more tightly controlled and less likely to be hacked like the iPads were. It’s not clear why LA picked iPads; perhaps they were misinformed, driven by money, or they simply didn’t do their research … but what is clear is that this shouldn’t have been a shock to LA, and that’s more embarrassing than anything else!