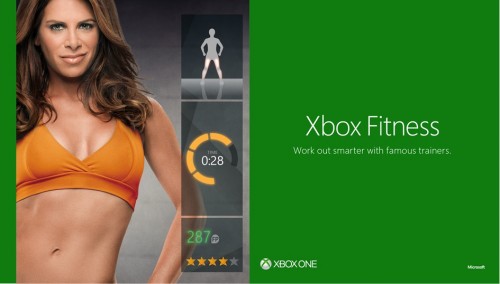 Video games and exercise don’t often go hand-in-hand, although attempts at calorie burning games by major consoles have been made in the past.  However, with the new Kinect 2.0 technology included with the Xbox One, Microsoft is trying to lure us couch potatoes off of our favorite La-Z-Boy by combining videos by popular fitness instructors with Kinect’s new ultra-sensitive cameras.

Microsoft has teamed up with fitness instructors such as Tony Horton (P90X), Shaun T (Insanity), Jillian Michaels, and Tracy Anderson to bring their ultra-popular fitness videos to the Xbox One with Xbox Fitness.  Not only will you be able to watch the videos, the Kinect cameras will be able to track your body’s movements and positioning and it will be able to tell you what you’re doing wrong and how to correct it.  The Kinect sensor uses muscle mapping and can even detect your pulse through micro-fluctuations under your skin.  It’s an extremely cool looking way to work out and might persuade those on the fence to get up and work up a sweat. 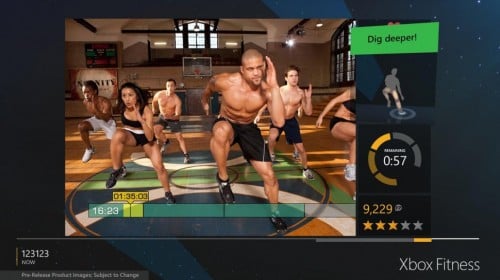 Microsoft has said that Xbox Fitness will be free for Xbox Live Gold subscribers through the year 2014, but has not announced a pricing scheme after the free period passes.  If you’re not an Xbox Live Gold subscriber, you can purchase the videos for about the same as the DVD costs, however with the Xbox One you’ll have the added Kinect functionality as well as social challenges, achievements, etc.

Check out Microsoft’s Xbox Fitness page to learn more.  Watch the Xbox Fitness announcement video below to get a taste of how it will work.