Since I was old enough to understand the full story behind Christopher Columbus “discovering” America, I have wondered why a holiday was celebrated in his honor. The Oatmeal has succinctly shown why Columbus was not a man worthy of any nation’s remembrance, and in the process introduces Bartolomé, perhaps a more deserving candidate for clothing sales and bankers’ days off. 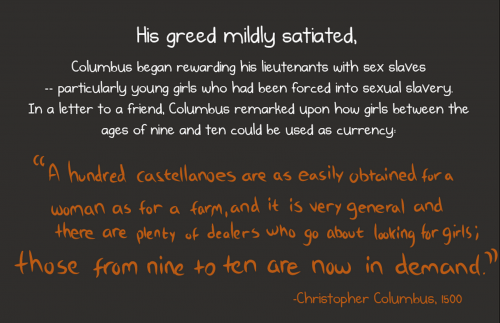 Columbus didn’t discover anything; the new world had been populated for thousands of years by natives before he hit its shores; Leif Ericson had “found” the New World 500 years before Columbus.

Christopher Columbus was a greedy opportunist …

… who left a legacy of heartbreak and horror.

Columbus reminds me a lot of the Game of Thrones character, Joffrey Baratheon — minus the crown, of course.

This is a man that we celebrate with his own holiday on the USA calendar? Seriously?

I’ll admit that I don’t give Columbus Day much notice, because all it signifies to me is that mail won’t be delivered, and the banks will be closed. But maybe it’s time to fully recognize what this day really signifies. It’s embarrassing that we would celebrate a day named for a man such as this, don’t you think? I believe that Christopher Columbus’s story should be remembered, but it should be told as more as a cautionary tale, not as a reason to celebrate. Perhaps it is time to let this holiday die.

The Oatmeal also offers the story of Bartolomé, a man who deserves to be remembered for different reasons. 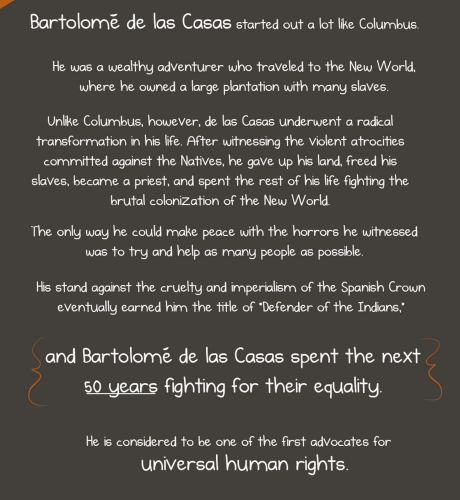 Read the rest of the Columbus Day story on The Oatmeal.