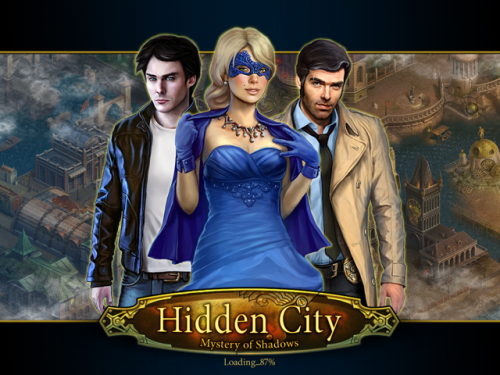 Free-to-play games are huge money makers, but need to be based on a solid foundation. With Secret Society and Virtual City Playground, G5 set the bar high, then delivered with Letters From Nowhere: A Hidden Object Mystery. Now they’re back with Hidden City Mystery of Shadows, and this latest hidden object game keeps resources tight but delivers a fun mystery.

Description:
Here are some of the features:
• 12 eerie locations to search
• Over 190 quests to complete
• 34 collections to piece together
• 11 distinctive characters to meet
• 12 monsters to battle in mini-games
• Play with your friends to fight the evil together! 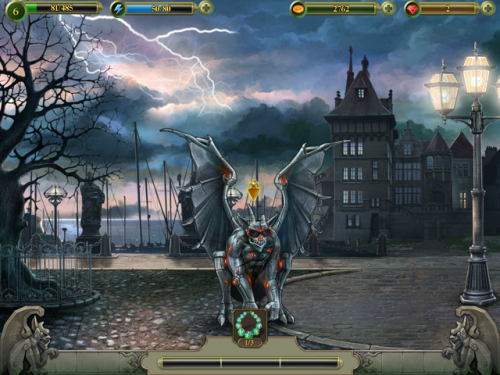 How does a story-based free-to-play hidden object adventure work? By threading a over-arching story with a number of smaller challenges and areas to work through. You solve a number of quests, but the game itself doesn’t really ‘conclude’ – and even when you get to what looked like the ‘end’ when you started, there is more to do.

OK, so that is only half the story … one of the primary differences between a standard hidden-object game and ‘free-to-play’ (f2p from now on) is the money. In a f2p game the goal is to (a) keep you engaged and (b) make resources scarce enough that you will pay money to buy more.

The first important thing about f2p is to note that everyone has a different tolerance. And no two games are the same. On the one end of the spectrum there is the awful ‘Dungeon Keeper’ from EA, so let’s not discuss that. Games like Secret Society are pretty easy to play without ever paying to buy added resources.

That is why I love Secret Society, and I also enjoy Letters From Nowhere: A Hidden Object Mystery – though I find that game is a little tight with resources for my taste. But that is why I mention it – I have declared my love for the Letters From Nowhere games, so it is no surprise I love the f2p version. So I am willing to push through the ‘resource limits’ to keep myself playing without spending money. 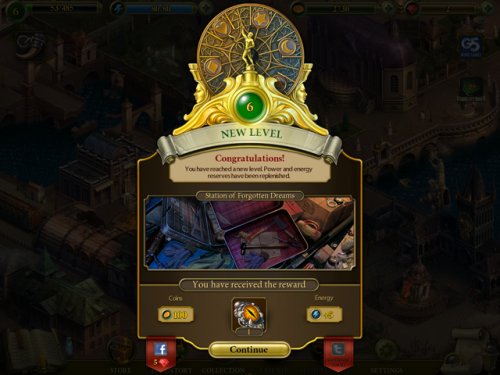 And that is when Hidden Mystery fell short for me – it is a fun game with many genre-standard options, but it lacked many of the ‘come back X days in a row for a reward’ enticements that provided a worthwhile benefit in the other G5 f2p games. Because of this I cannot see myself investing much more time in Hidden Mystery.

Ease of use/Overall performance: If you have played any of the hidden object games from G5 in the past – and by now that should be a given – you know what to do. Tap a location, choose to search, figure out what they are looking for and start tapping!

Games in the genre have improved to the point where we seldom have to worry about items being too narrowly masked and missing taps – which is a key issue showing the difference between PC (mouse precision) and iOS (finger tap) versions. The good news is that Hidden City works perfectly – taps are always registered correctly, loads are quick, and the items stand out reasonably well against their settings. 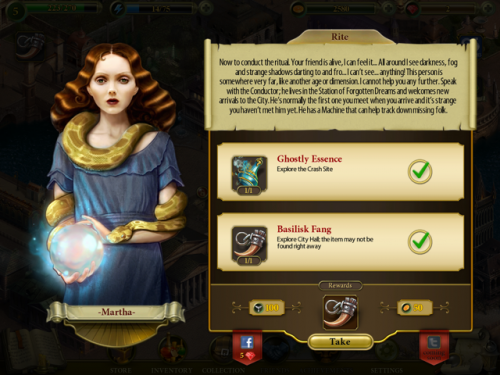 Would use again/recommend?: It depends on your ‘f2p tolerance’. I will delete Hidden City immediately after finishing this review and never play it again … whereas Secret Society and Letters From Nowhere: A Hidden Object Mystery remain on my iPad.

If you don’t mind working for your resources or spending a few dollars, there is an enjoyable story and some fun gameplay in store. 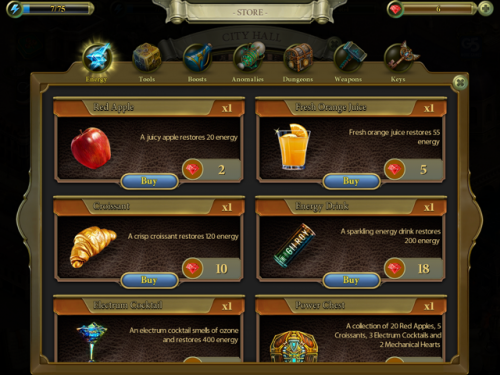 Suggested changes/wish list for updates: Loosen up on the resource availability a bit!