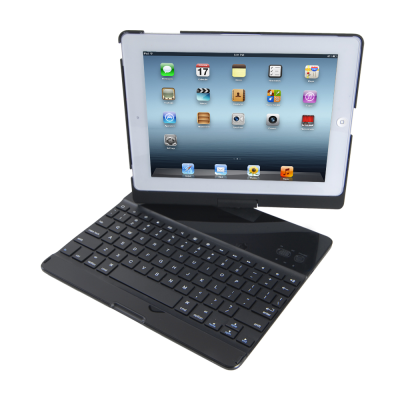 If you’re stuck deciding between whether you want a new laptop or a new iPad, the iHome Type Pro Bluetooth Keyboard Case may make your decision a lot easier.  The iHome Type Pro is an iPad case with an attached Bluetooth keyboard that turns the iPad into a clamshell similar to a laptop.  The Type Pro retails for $99.99. 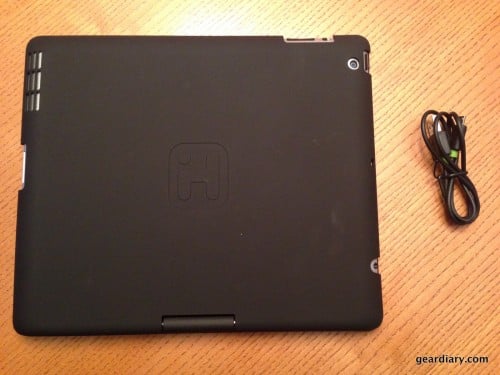 Simply put, the iHome Type Pro is one of the best iPad cases I’ve ever used.  It’s made of a black plastic material that hugs the iPad well and attaches to a fantastic Bluetooth keyboard in a clamshell configuration.  The backside of the iPad is protected, which is a great feature of this case as a lot of the Bluetooth keyboards for iPads don’t include this protection.  Another great feature is that the keyboard has a magnet built in that activates and deactivates the iPad’s screen automatically when opened and closed.  This adds to the laptop feel of this case. 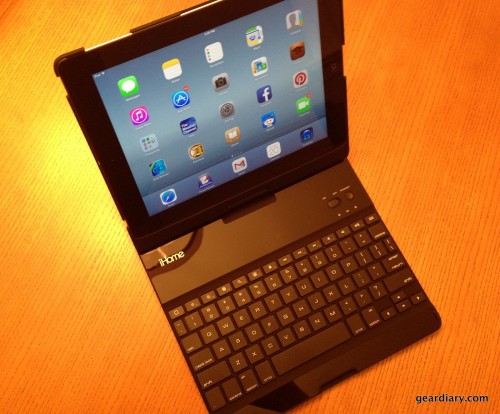 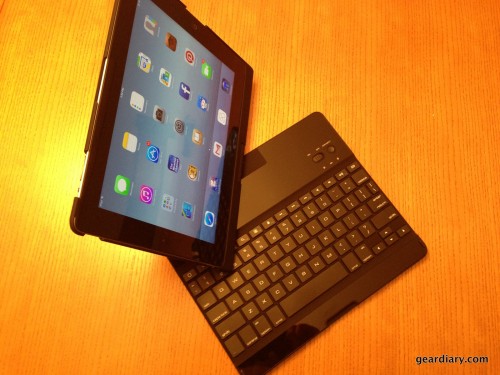 The bottom of the case has rubber feet, which help keep the iPad in place when typing.  At the top of the keyboard, there’s a power switch that can turn the keyboard’s power off and on.  There’s also a “connect” button that you use when pairing the keyboard with your iPad.  The keyboard is charged using a microUSB jack on the side of the keyboard.  A microUSB to USB cable is also included in the retail packaging.  The keyboard is very well sized and feels natural when typing.  There’s also a row of function keys above the number keys that include functions like brightness, shortcuts to the browser, search, photos, fast forward, play/pause, volume, mute, as well as a key that mimics the iPad’s home button so you don’t have to click the iPad itself. 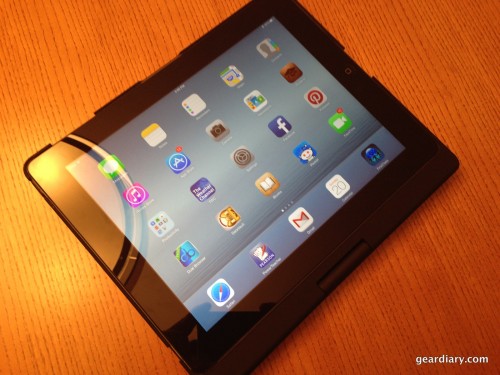 There’s honestly not a lot to complain about with this case/keyboard combo.  While it would be nice to be given the option to remove the keyboard, I don’t see myself ever needing to use that, though some may definitely want this option.  Another possible tick on the negative side is the fact that the iPad outweighs the keyboard, so you have to hold the keyboard down when tipping the iPad back or else the keyboard will tip back with the iPad.  Not a huge concern, but it would help add to the laptop experience.  Though, I could see why they would not want to add the extra weight because no one wants a really heavy iPad case. 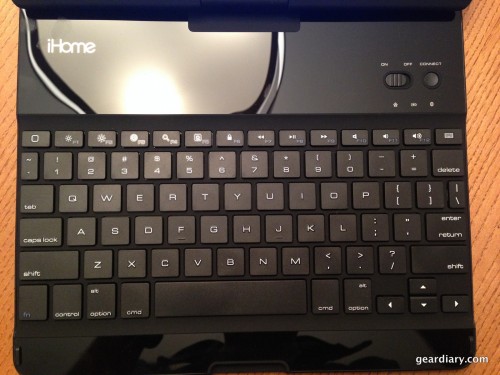 A closeup of the Type Pro keyboard.

Overall, I would absolutely recommend this case/keyboard combo to anyone who is in the market for a Bluetooth keyboard for their iPad.  The combination of iPad protection and natural feeling keyboard will be difficult to beat.  The iHome Type Pro has the closest feeling to a laptop I’ve ever experienced on an iPad.

The iHome Type Pro can be purchased from Amazon for $99.99.

What I like: Feels very much like using a laptop; The keyboard feels natural; The backside of the iPad is protected; You can still use the iPad as a tablet without taking it out of the case

What can be improved: Nothing major; An option to detach the keyboard would be nice