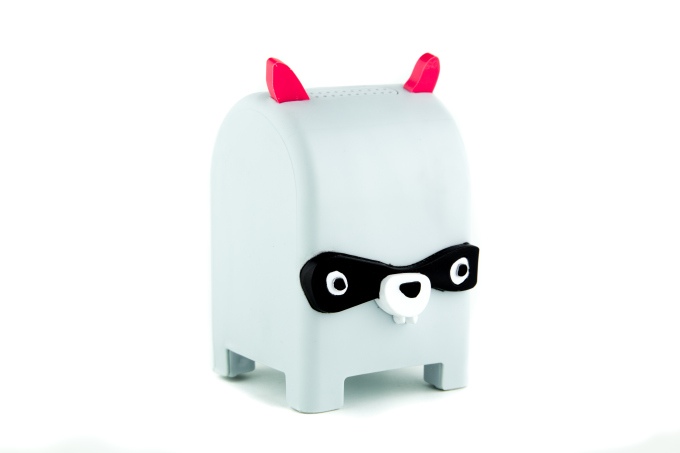 One of the things I have learned extremely quickly as a new parent is that some kid’s accessories and toys come with crazy gimmicks. They’re either smartphone-connected for no good reason, overpriced, or they’ll make something simple overly complicated, all in an effort to part parents from money. The Toymail project on Kickstarter appears to nail the trifecta!

What’s the Toymail? It’s a toy and service that lets you send messages (via smartphone app) to the little Toymail unit, which then picks up and plays back the message for your child. It works over WiFi, and it comes in funky looking designs and cute colors. On the surface, it’s a little gimmicky, but not crazy. What really made my jaw drop was the ongoing cost. See, in order to send messages you need to purchase “stamps”, which cost $0.99 for 50, or $2.99 a month for unlimited messages.

This is where the gimmick stopped me cold. You have here a funky toy that will probably appeal to the littler set, and then you have a cool concept-send little messages to your kid even when they’re alone, or you’re traveling on business. But $2.99 for the ability to send an unlimited number of those little messages, each month? I understand that the company needs to pay for their servers, but is it worth the concept if you have to pay each month or every 50 messages? Sure, it’s a nominal amount, but it adds up. That’s anywhere from $12 to $36 per year, all for something you could recreate yourself by stuffing a two-way monitor into a stuffed animal … or by calling your kid on the phone … or by buying a toy that allows you to record messages and just recording a bunch before you head out on a trip. Any of those options could end up being cheaper in the long run, since the Toymail costs $55 retail up front, plus that ongoing cost.

Techcrunch covered the Toymail and loved the idea. I don’t hate it, I just think an ongoing cost for a gimmick like that is a bit too high. There are a million companies out to suck parents dry (peepee teepee, anyone?) and while the concept is cute, it feels too expensive for what it is.