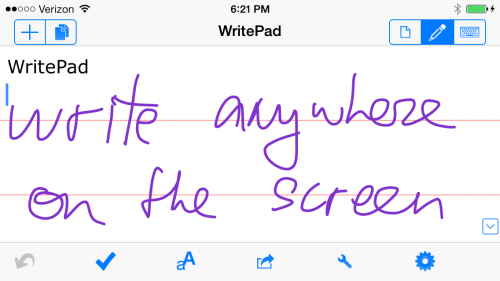 Back in August, Perry posted on an update that added Google Drive access to PhatPad’s iOS app. Now, PhatWare has announced that it has added Google Drive synchronization to its PhatPad app across multiple platforms, including iPad, Android, and Windows 8 and RT.

With this added Google Drive support, PhatPad can synchronize with a total of four cloud services – the others being SkyDrive, Dropbox, and Box – so it’s great for folks who use multiple platforms, say an Android tablet and an iPhone, as well as for those who want a good cloud backup of their notes. Check out PhatPad in the Apple App Store, Windows Store, and in Google Play. It’s $4.99 on all platforms.