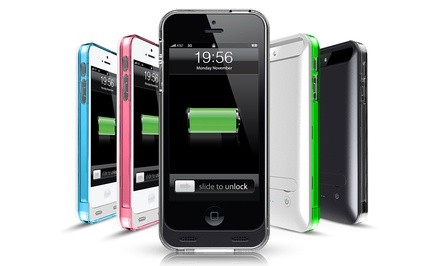 The Mota Battery Case for iPhone 5/5s combines the convenience of additional battery life with a sleek, slim design that’s easy to keep in your pocket.  I’ve always been wary of extended battery cases because I keep my phone in my pocket and don’t want the added bulk, but the Mota eliminates that concern.  The Mota Battery Case is $99.99. 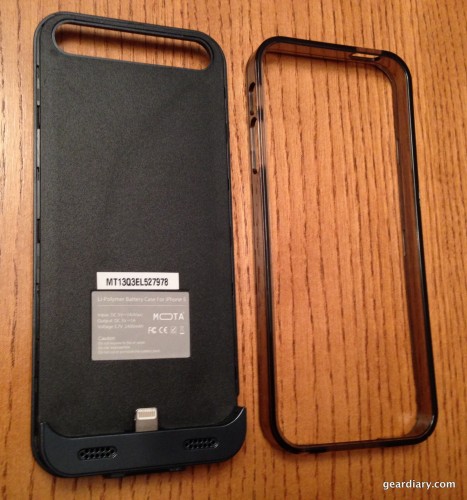 The Mota Battery Case is extremely similar in design and features to the Naztech Battery Case I reviewed recently.  They both are made of two parts, the battery pack itself and a plastic frame that sleeves over the side of your phone and secures your phone to the battery pack.  Just like the Naztech, the plastic frame has cutouts that give you access to the volume and power buttons, and the frame does obscure use of those buttons but you get used to it over time.  The included headphone adapter is required in order to use headphones, as the bottom of the battery pack covers your phone’s headphone jack. 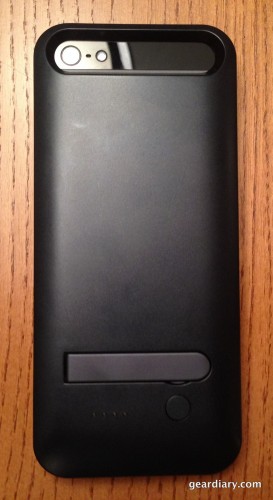 Where this case differs from the above mentioned Naztech Battery Case is that the frame on the Mota Battery Case feels much more secure around your phone while attached to the battery pack.  This does make the frame difficult to remove, however, but you’ve got to take the good with the bad.  The battery pack and frame together also only weigh 2.6 oz, which is really not bad when it comes to extended battery cases.

The Mota Battery Case for iPhone 5/5s is a very good option for those who are budget-conscious as long as you don’t care about finding the most aesthetically pleasing case.  At $99.99, it beats out the Mophie Juice Pack Plus in price, battery capacity, and weight.

The Mota Battery Case for iPhone 5/5s can be purchased directly from the manufacturer.

What I Like:  Large battery capacity; Built-in kickstand; Quick charge; Smaller and lighter than the leading battery packs.

What Needs Improvement:  Buttons built-in to frame would add to the design; A stronger kickstand would be huge.