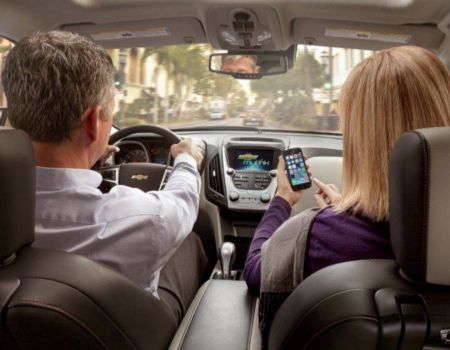 General Motors is announcing technology news at the Consumer Electronics Show in Las Vegas this week. Select 2015 Chevrolet models will be rolling out with 4G LTE connectivity speeds via the vehicle’s OnStar system and, taking advantage of this new technology, infotainment personalization is being enhanced with the new Chevrolet AppShop accessible from the vehicle’s MyLink screen.

Previously, OnStar driver safety and communication technology had been operating on 2G technology, but that will change when Chevy begins rolling out certain 2015 models this summer. This will be the 10th-generation of OnStar hardware in GM vehicles, a service that debuted in 1996. Initial vehicles marked for the new 4G LTE speeds are Corvette, Impala, Malibu and Volt followed by Equinox, Silverado and Spark models. 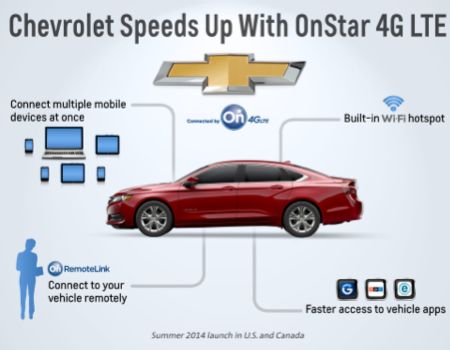 The automaker says the new technology will only be available in the U.S. and Canada at launch but will eventually expand to other global markets and models and it boasts this as the broadest deployment of 4G LTE in the automotive industry.

What this means for customers is the availability of a having a built-in mobile Wi-Fi hotspot in their vehicle for occupants to connect their personal devices with each vehicle having the capability of accommodating multiple devices at one time. 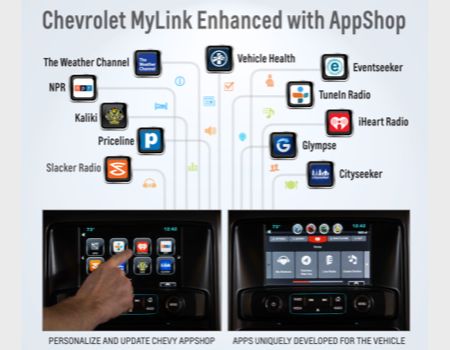 With this technological advancement, Chevrolet will offer the new AppShop enhancement to its MyLink system, accessible through an icon on the indash screen. Users will be able to view and download apps directly to the vehicle and then organize, update or delete them as needed. Initial apps to be offered include Vehicle Health, iHeartRadio, Priceline.com, The Weather Channel, NPR, Slacker Radio, TuneIn Radio, Cityseeker, Eventseeker, Glympse and Kaliki. These apps will all be available as free downloads with an active data plan. 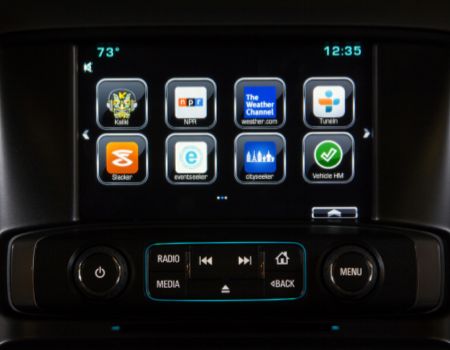