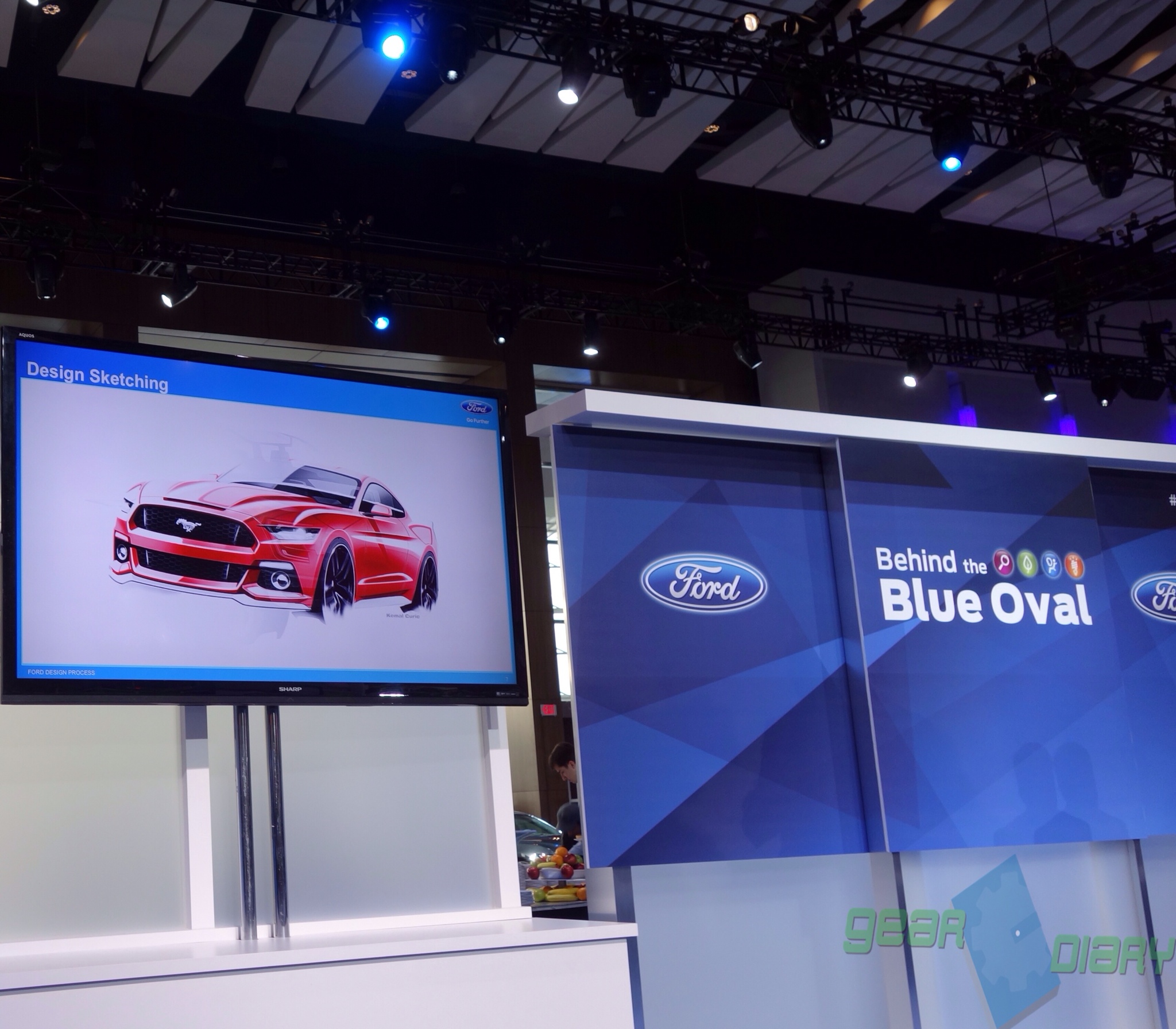 During our time at the #FordNAIAS we had the opportunity to learn about the creative process currently employed by Ford as they bring their new products from concept to reality. What was perhaps most striking about it is the way in which Ford employs both traditional artistic methods and bleeding-edge technology in the process. Let’s look at Ford Design in 2014. 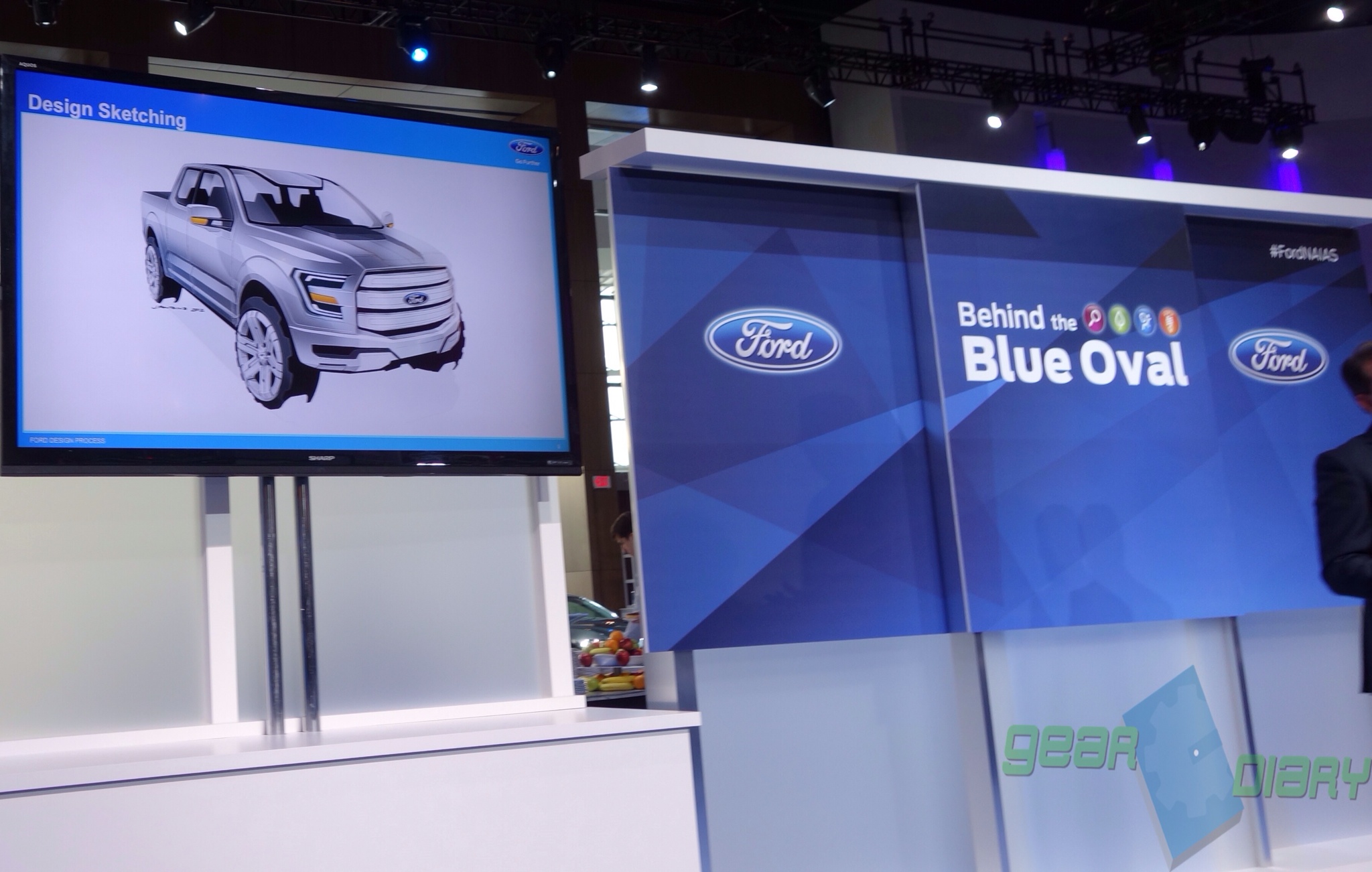 The first point that stood out was the importance of keeping in mind the fact that this creative process at Ford is truly a process, a creative back and forth between designers, engineers and executives. 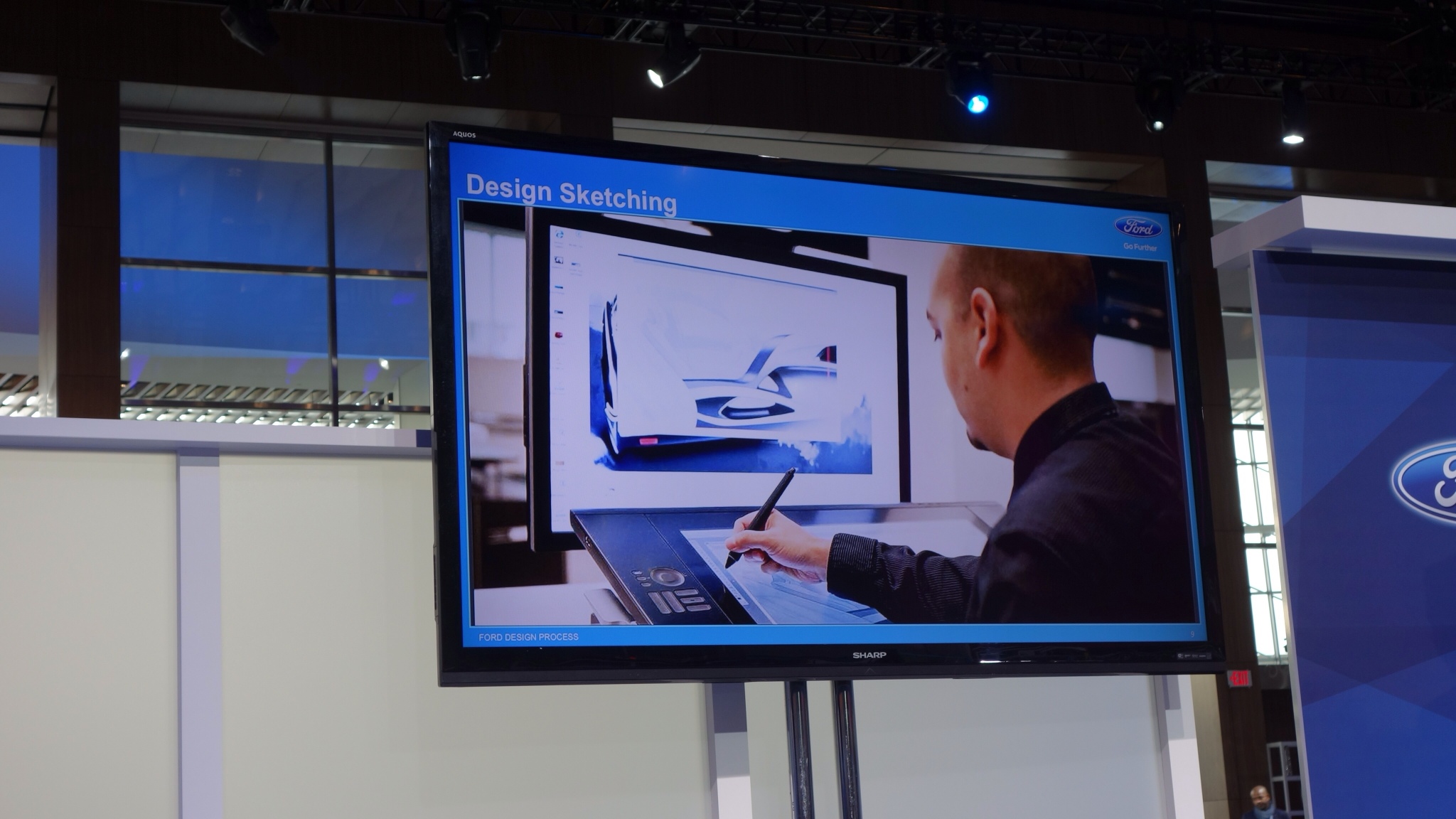 All aspects of the car start with the designers stylus or pen. Some designers still like to sketch out their ideas by hand either on sketchpads or tablets. 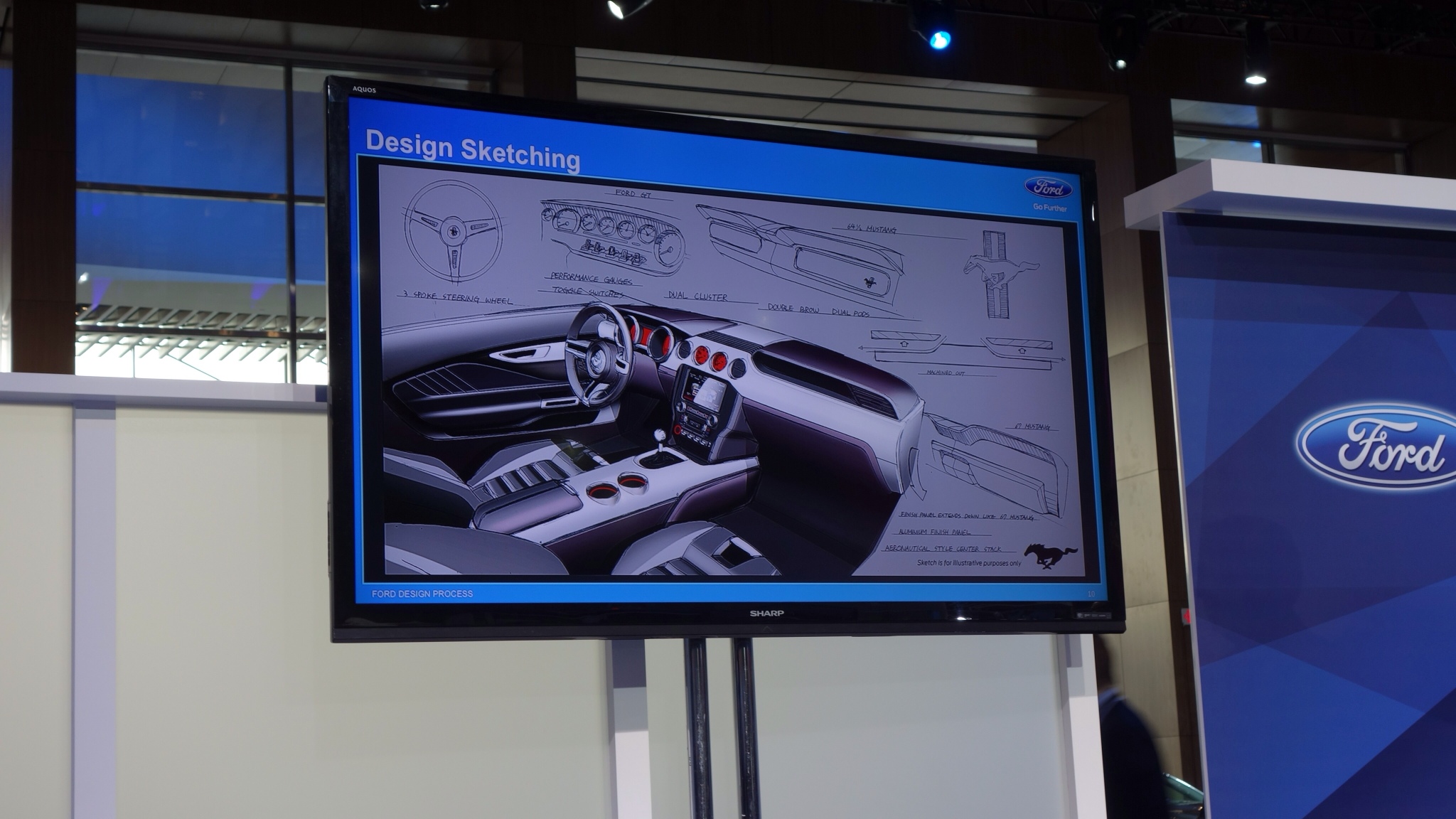 Others prefer to use computer imagery. 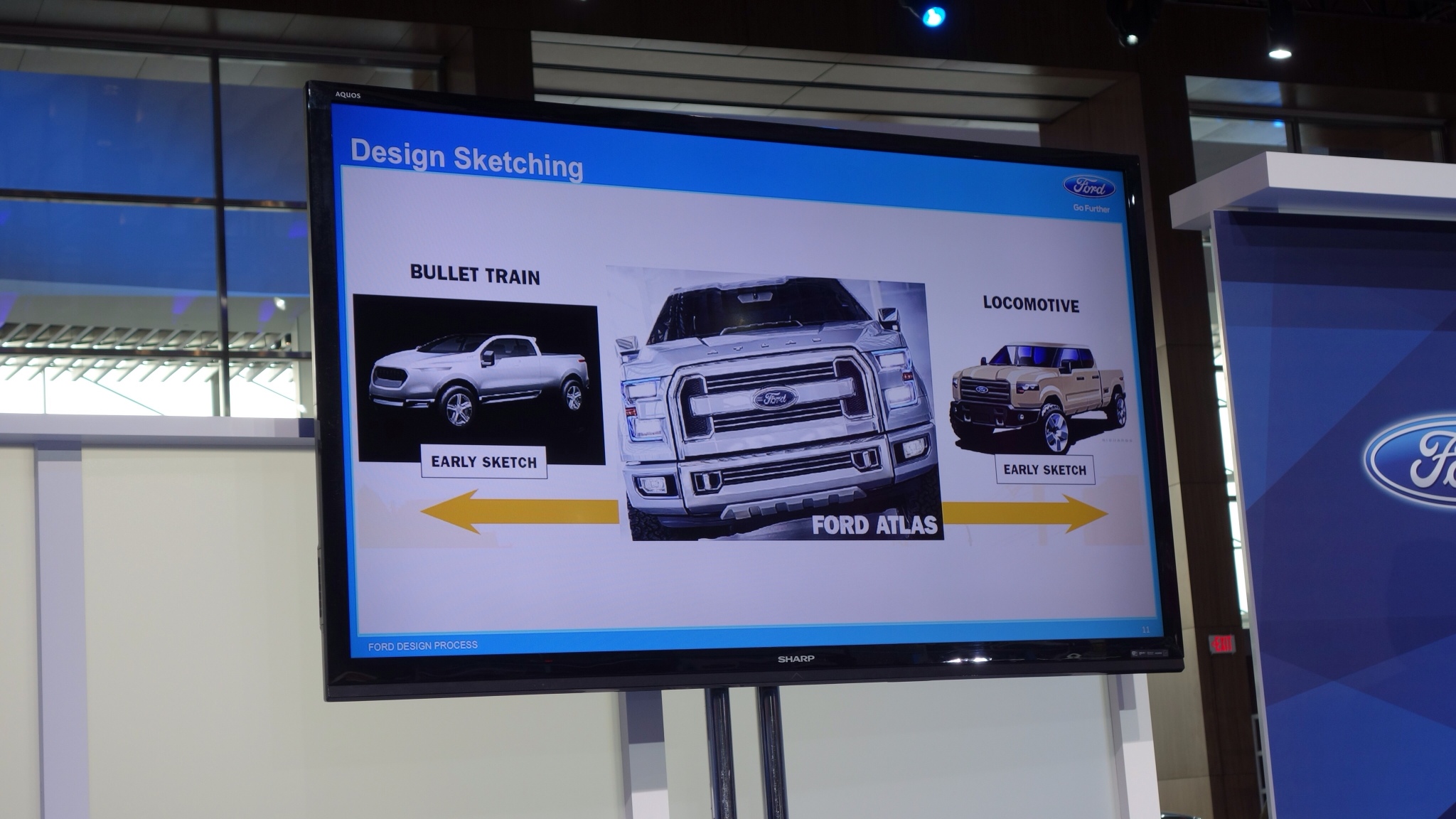 The “design bandwidth” of this iterative process yields a variety of different ideas which are slowly refined and narrowed down.

As we shared earlier, Ford is using the Oculus Rift HD as part of their Ford design process. Ford also does a good bit of the early design work by hand. 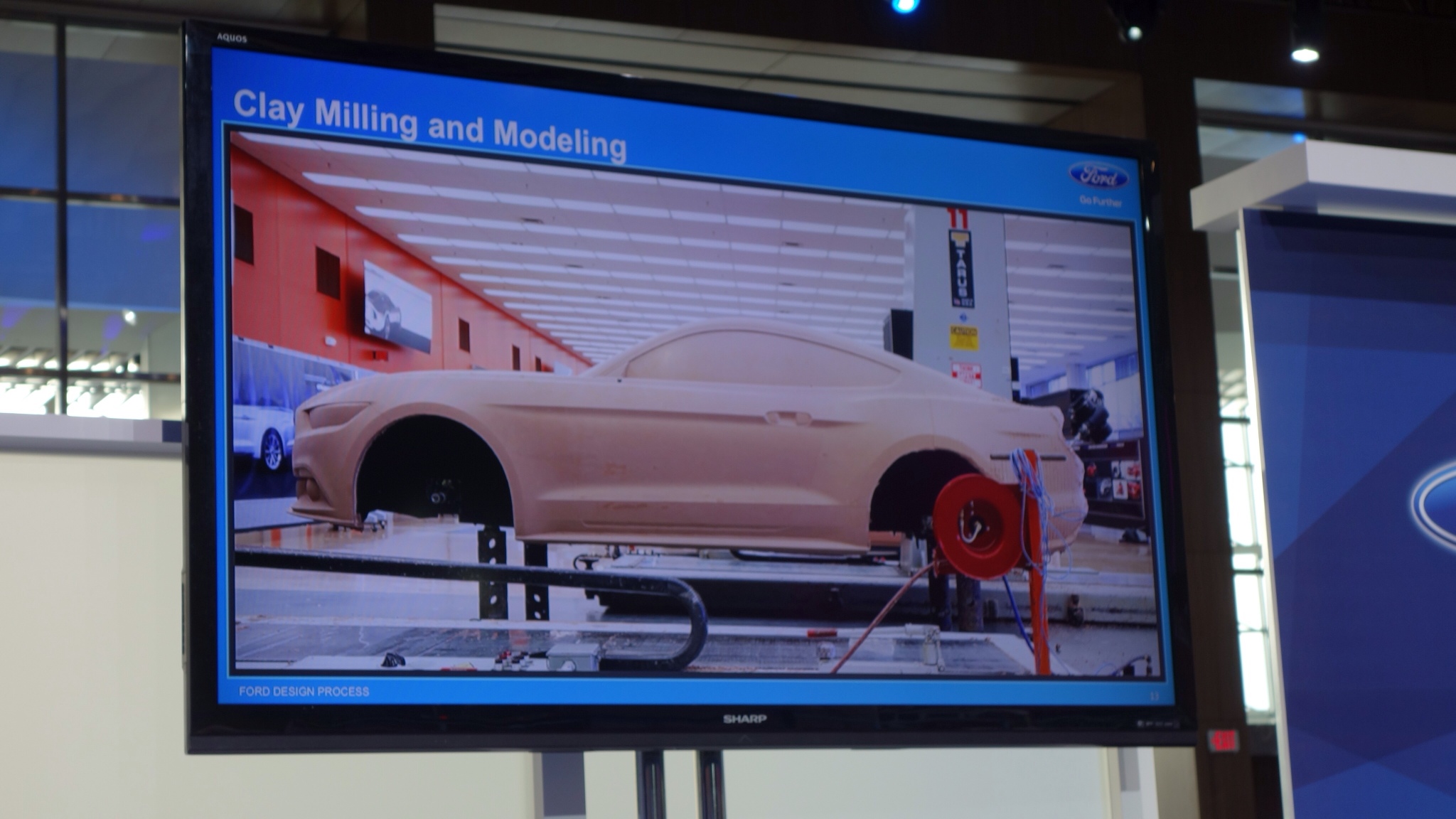 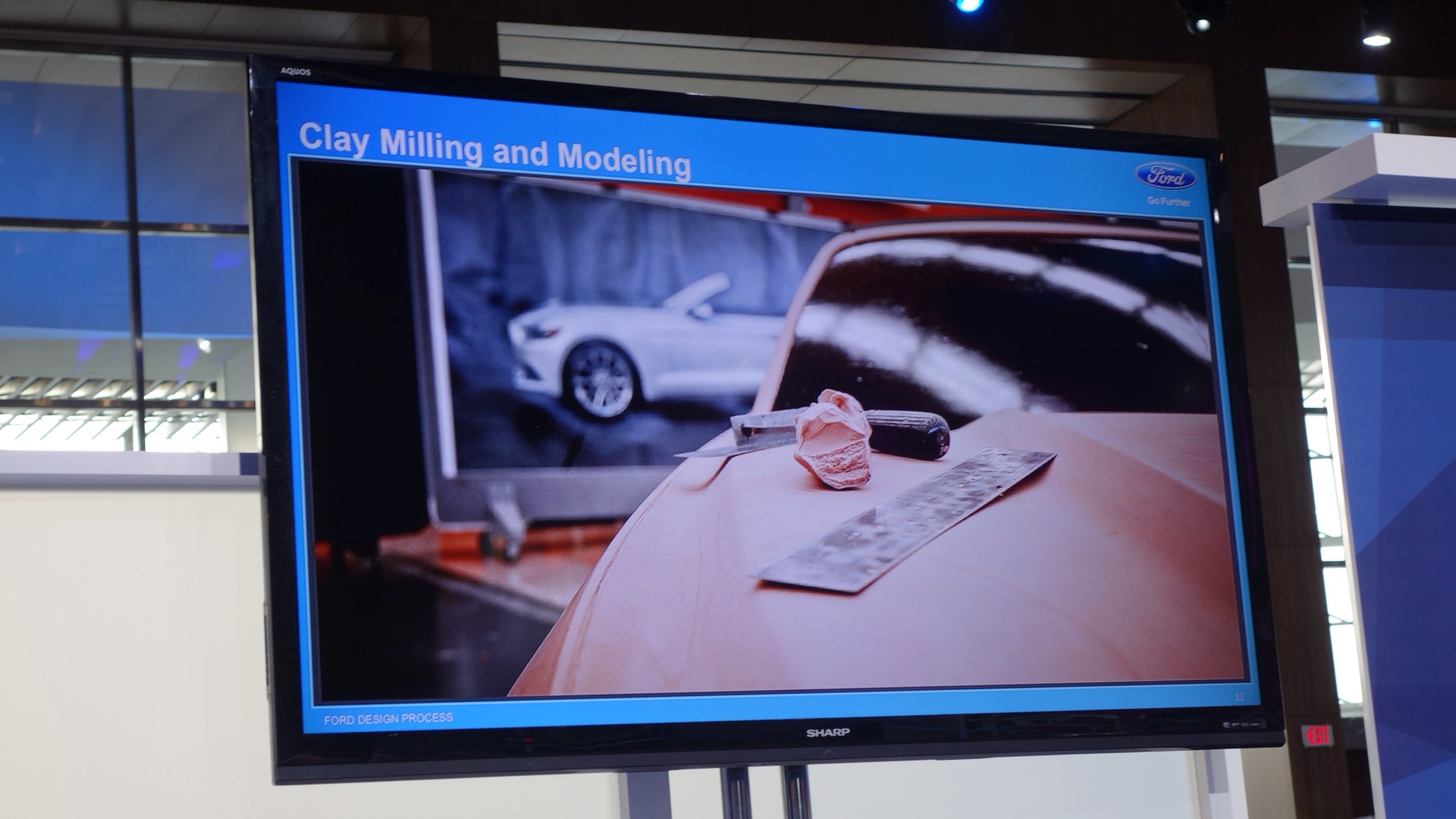 Here’s a quick video demo of the old-school process that is still a central part of the process.

The reason for this is rather simple- “ultimately these vehicles need to exist out in the real world. Virtual is great but we always keep full 3D in the studio and in mind throughout the process.” 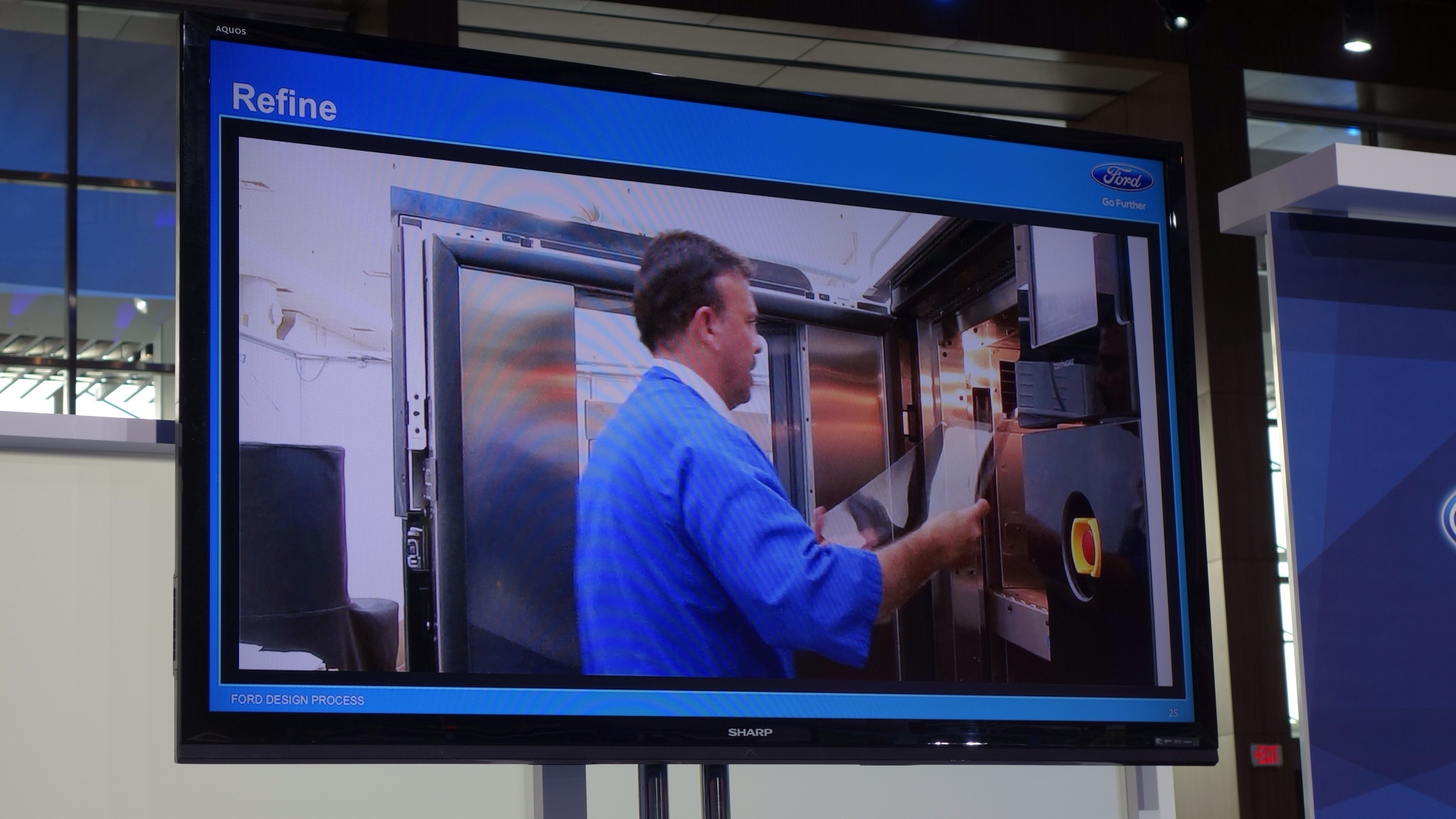 From there they create 3 dimensional design parts using a bevy of 3D printers that are constantly in operation printing out three dimensional parts that go into models that are the result of a combination of 3D printed and hand-modeled parts. These models look amazingly real but they are still just models. 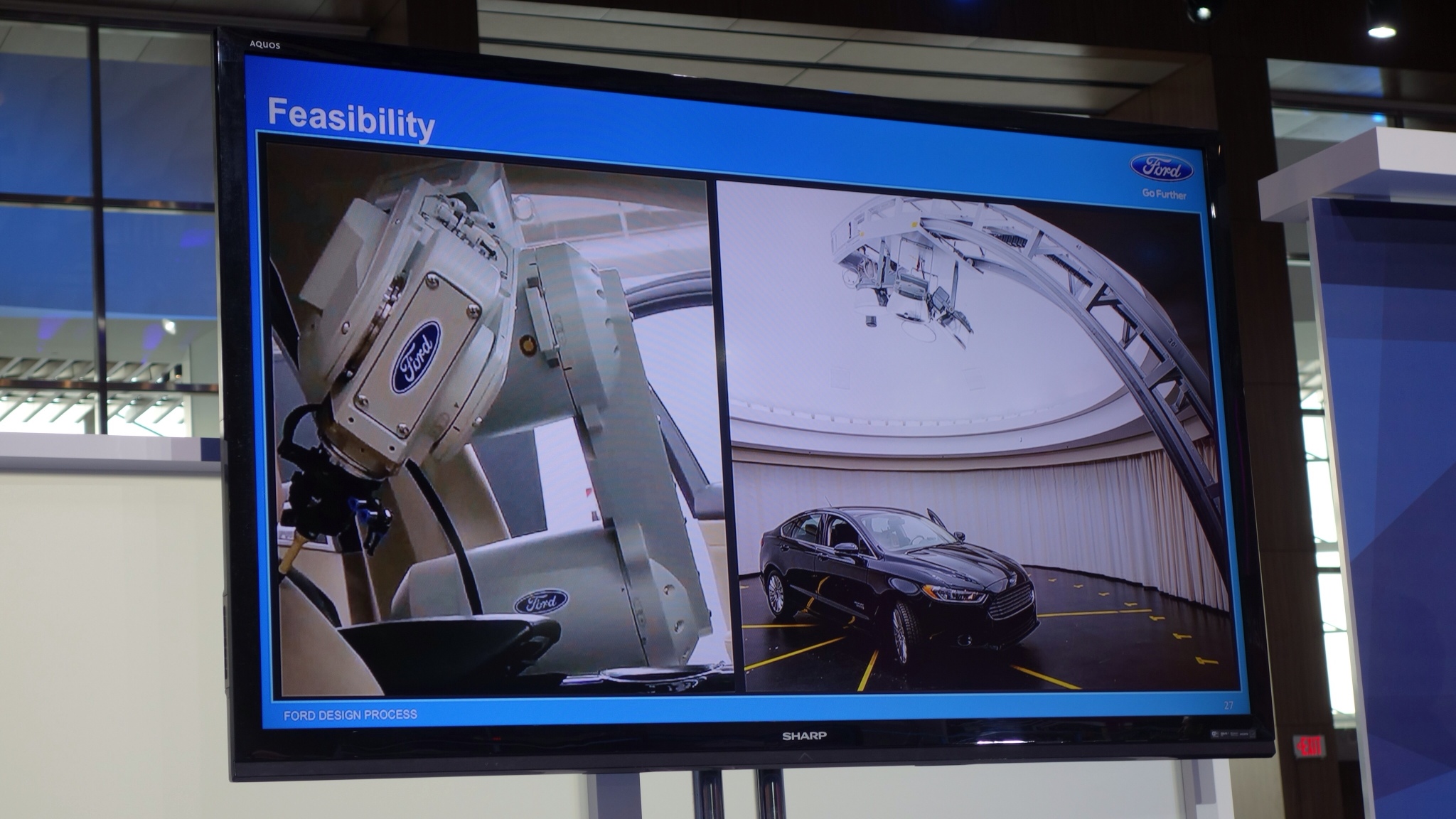 In the feasibility portion of the design process they look at all aspects of the mode and assess the feasibility of its use in daily life. The also put the car model in a light room and blast it with light to see how the car will look in various situations. 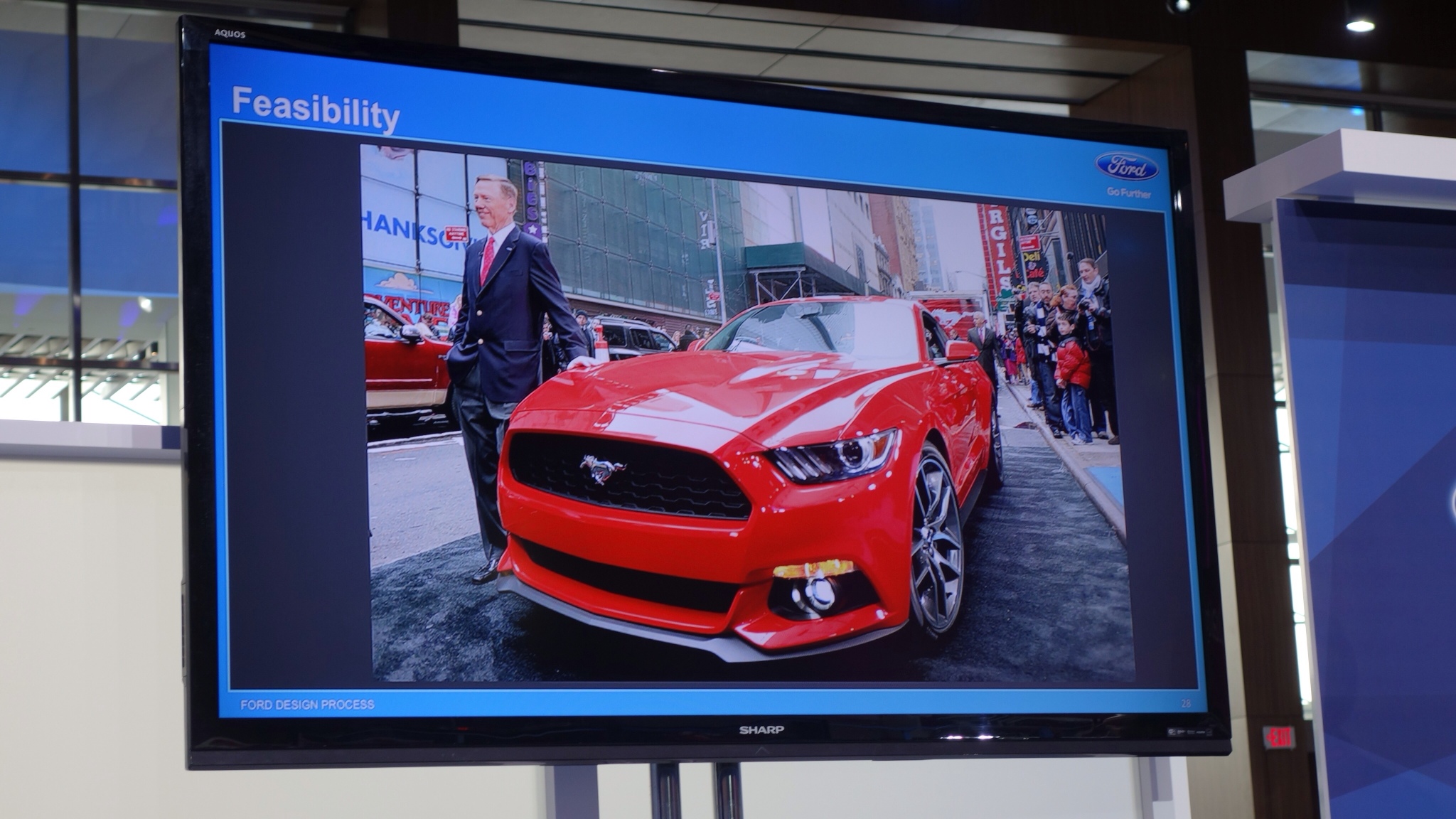 They have a special production line that produces prototype cars and trucks that are real vehicles that can be used and worked on in the real world. Often this is done with the vehicles camouflaged. How seriously is this phase taken? The new Ford F150 prototypes went through over 10 million miles of testing!
Production! 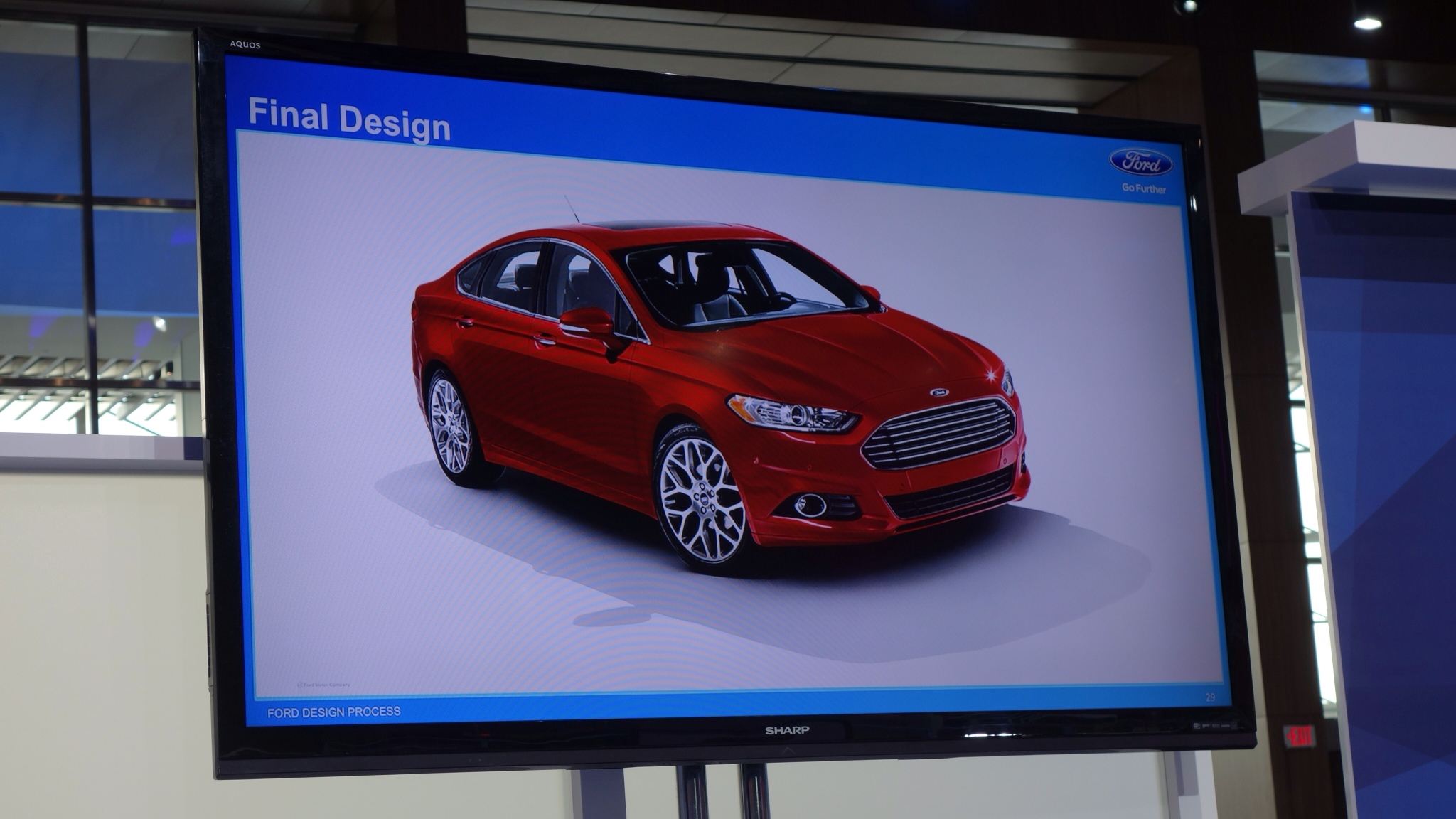 After this lengthy back and forth, a process that includes time-tested traditional modes of design and technologies that are only being implyed by Ford, a final design is reached and… it goes into production. It is great to see that in a world of computer wizardry the artistry of the creative minds at Ford continue to play a central role in building the Ford cars of tomorrow.
Prev postNext post
Want More? Follow Us Here!