Ford is intent on changing electric car stereotypes. Not the ones about hippies wearing Birkenstocks and socks while driving Priuses (Prii?) though that’s probably on their list too. Nope, they’re intent on proving electric cars can be as white-knuckle fast and exciting as any other race car with the Mustang Mach-E 1400 prototype! 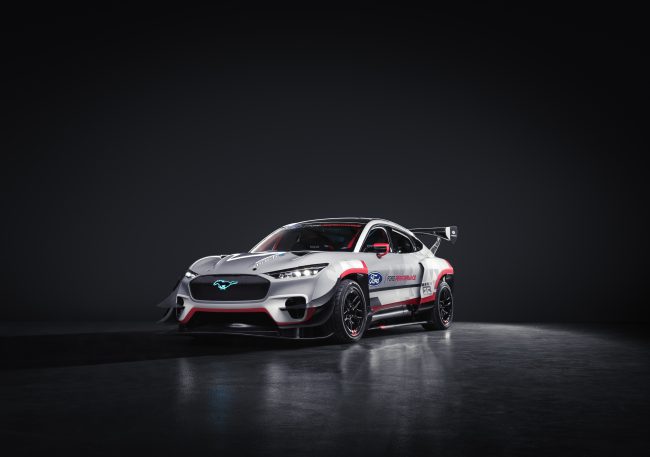 This isn’t a car for your everyday commute. It’s not even a car that Ford is going to sell to the average consumer. This is a car that exists to prove every electric car naysayer wrong. Ford has crammed seven (yes, as in 6+1) motors inside the prototype, outfitted it with organic composite fibers (instead of carbon fiber), and the entire package offers 1,400 peak horsepower. They’ve designed it in partnership with RTR, and Ford intends to debut this monster of an electric vehicle at NASCAR!

They certainly make it look exciting, though I do feel at least a little bad for those poor engineers whose signs kept getting destroyed. The consumer-facing Mach-E will be out by the end of the year, and if it’s half as fun as the prototype racing version looks, it’s going to be a big hit for Ford!