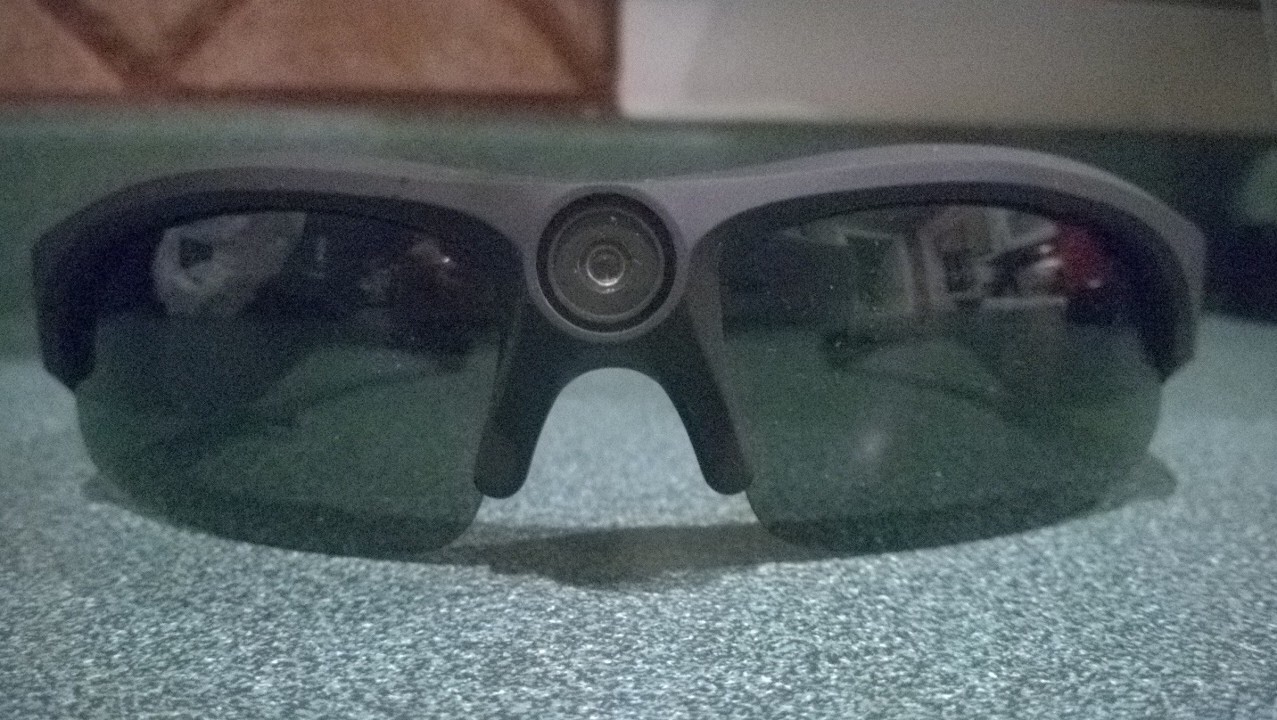 When I was a kid, my favorite show was “Get Smart”. I really wanted to be a spy, until I found out it wasn’t all bumbling around talking into your shoe and hanging out with Agent 99. But I’ve been testing the Spy Tec Inventio-HD Sunglasses the last few weeks, and it’s brought back my old childhood love of spying! 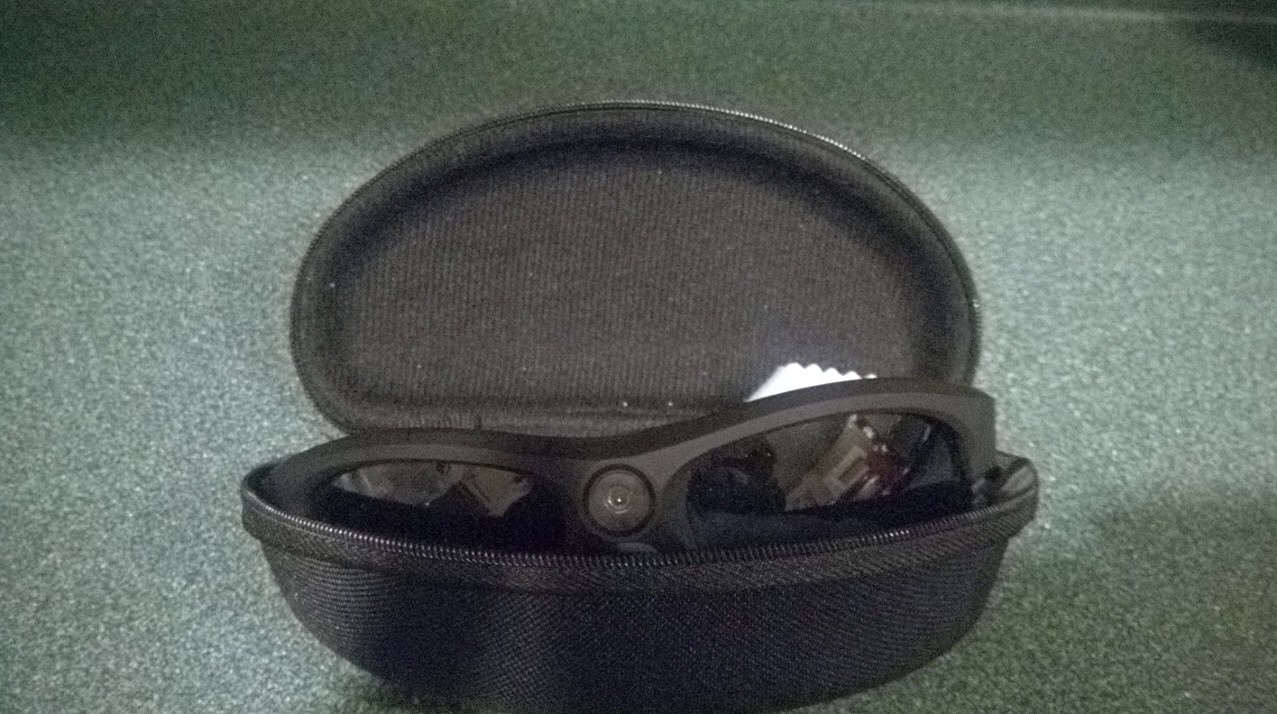 Before we get into the spying aspect, we’ll take look at the sunglasses themselves. They are a bit bulky on the sides, which is not surprising when you consider that they have to include a battery, mini-USB charging slot, and microSD slot. Still, the shades aren’t so bulky that they stand out, and I’ve seen plenty of sunglasses with equally thick sides as a fashion statement. For aesthetic balance, both sides are equally thick, even though only the right houses all the hardware.

There’s a physical button on the right to start/end recording, and a dummy button on the left (again, this makes it look symmetrical AND gives the impression on first glance that these are just fashion flairs, which helps with the stealth idea.) They fit well as sunglasses, and I think they’re fairly stylish. They also feel quite solid and extremely well-built. It is a marvel of technology that a battery, camera, and storage slot can be comfortably tucked into something the size of a pair of sunglasses!

Here are the technical specifications on the sunglasses:

However, the “stealth/spy” aspect hits a screeching halt when you get to the front. There’s a camera lens mounted above the bridge of the nose, and frankly it’s impossible to look at it and NOT know it’s a camera right away. It is possible for someone to look at you from the side — or glance at you and not realize it, but I wouldn’t count on walking around with these without anyone knowing you have a camera mounted on your face. It also doesn’t help that when you start recording the glasses let out a loud, audible BEEP BEEP BEEEEEEEP. It’s not so loud that you could hear it across the room, but certainly anyone standing within a few feet of you will immediately know you were recording.

Speaking of recording, that’s where the glasses return a mixed experience. I had some issues getting the glasses to record at first, and once they did record, I discovered the field of capture was a bit off from what I thought it would or should be. In order to record, you hold down the right side button until you hear three loud beeps. The first time I tried to record video for this review, I thought I heard the beeps, but apparently just heard a faint beep telling me I’d hit the button, but recording had not started. Needless to say, it was quite disappointing to come home, plug in the SD card, and discover nothing had been recorded. It’s important to note this wasn’t the first time I’d recorded with the glasses, just the time I was recording specifically for this review, so I wasn’t wholly unfamiliar with how they should have worked. Despite that, a combination of user error and a confusing set of beeps conspired to ruin my first attempt. 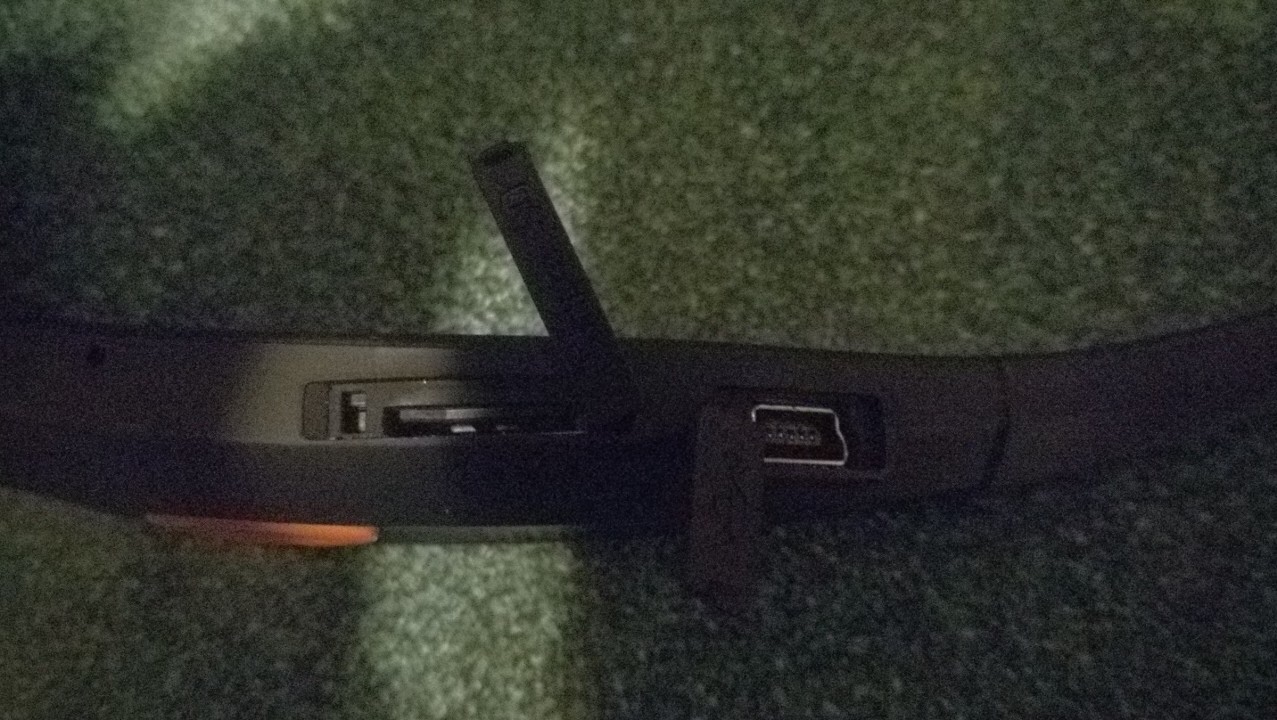 The second time around was better, as I did manage to get video recorded properly. However, I was trying to record as I walked my dog, and I did not realize until after I was done recording that the location of the camera meant I needed to focus my eyes about a foot down from where I wanted to record. I was looking at my dog while recording, but I got video of the sidewalk. It’s a little confusing, but if you want to get footage of something specific, make sure you’re looking a little below your target if you’re within a few feet, just to make sure you properly capture the video.

Once I was past my recording issues, I did have some fun with the glasses, as you can see. Porter — the Gear Diary review dog — was happy to give them a whirl, which let me capture what the world looks like at labrador-level (answer: lower, full of grass, and focused on squeaky balls.) The video is a bit choppy, as you’d expect for any camera mounted to a dog going full-tilt, but it was significantly less blurry than you might expect. These may not give you the experience of a GoPro or Google Glass, but they will certainly take crisp, clean video even in choppy or fast circumstances.

So what’s the best circumstance for the Spy Tec Inventio-HD glasses? I can think of a few scenarios.

Security is an obvious one — if you’re in a situation where you think you might need to record an altercation or incident, these are great. They leave your hands free while capturing video and sound, which is exactly what you want if you’re dealing with a situation where you might want proof for future reasons. Likewise, these would be great if you’re biking, running, or otherwise outside and want to capture something exciting. They function extremely as regular sunglasses, and with the press of a button you can capture an amazing view, a cool trick, or anything else you might want to record for later. These would also work quite well for indoor recording, as they come with clear lenses you can swap for the tinted ones-just be prepared to stand out even more, as the heavy frames will look out of place indoors and will attract more attention to the camera aspect.

The Spy Tec Inventio-HD glasses are interesting. I love the concept, but the execution is a bit mixed. The camera stands out, and I really wish there were an LED mounted in the corner of the frames that you could see out of the corner of your eye. This would solve the “is it recording?” issue I had, and make it extra clear when it starts and ends recording. They are extremely well-built and quite comfortable to wear. Plus, they can capture up to 2 hours of recorded video, which is a lot of footage for a camera that requires almost no hands-on time!

If you have a need for hands-free recording, don’t mind spending a little time getting familiar with how to record, and you don’t mind people noticing you have a camera lens mounted between your eyes, then you’ll find that the Spy Tec Inventio-HD Sunglasses are a cool little gadget to have in your arsenal!

What Needs Improvement: Record button needs a long press; no LED or other indicator to confirm recording is working