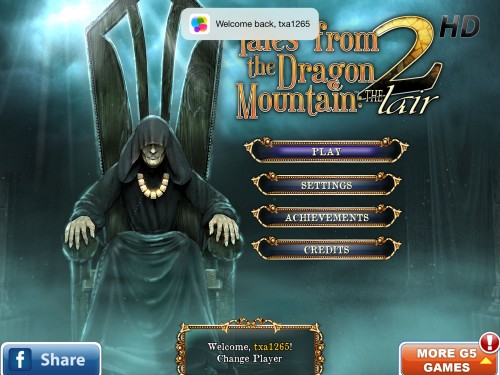 Nearly two years ago I reviewed the first Tales from the Dragon Mountain game, and while I enjoyed it in general, there were many areas I criticized. Now we have the sequel, and I’m again left in a quandary of positive and negative thoughts. But one thing is sure — it is better than the original, and more easily recommended.

Platform/where to buy: iPad (iPhone version as well); available in the iTunesApp Store 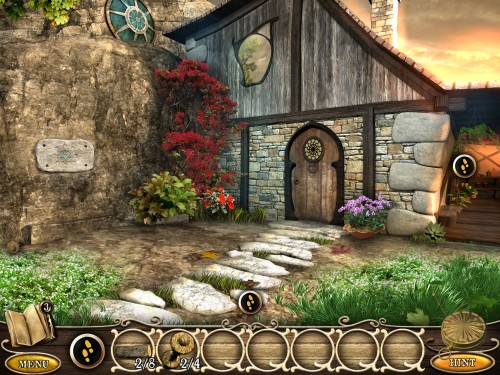 Major features: OK, so here’s the thing – while I had plenty to criticize about the first game, at least it had a fairly closed ending. That set up my initial problem – I don’t like sequels that follow the slasher-flick tendency to keep resurrecting the same villain again and again. So fighting Strix again was a fairly lame plot entry point in my opinion – which isn’t a great start for me.

Fortunately, from there things improved considerably – the puzzles and scenes are enjoyable and much improved. The challenge level is better, the hint system more closely matches other genre games, and the overall flow makes more sense. Overall it was a solid hidden object game experience – not at the top of the genre, not at the bottom. 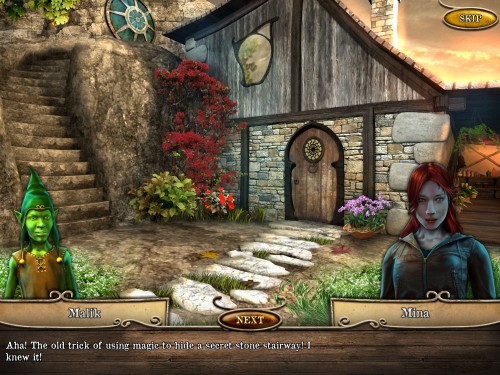 Let’s look at a couple of things I said before and compare with the new game:

“Looking back it seems that my good and bad points have more or less balanced out, which reflects my experience.”

This has definitely shifted for the good – I definitely had a much more positive experience than with the first game. I was worried because of the ‘returning villain’ thing, but was pleasantly surprised.

“Most puzzles are too easy; characters never developed; formulaic story after promising start”

Still mostly true, but better. There were a couple of mind numbingly easy puzzles, but most were solid and up to genre game standards. The characters and story remain fairly thin and shallow, but given the start of the game didn’t impress me – I was pleased at how it moved from there. 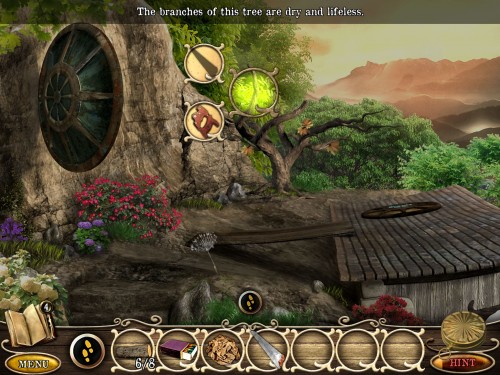 Ease of use/Overall performance: If you have played any other hidden object games, you will settle into Tales from the Dragon Mountain: The Lair immediately – it is a fairly standard genre game in terms of mechanics and gameplay.

As noted the technical aspects of the game are mostly excellent – great visuals, snappy performance in terms of load-times and transitions, tap-accuracy is solid, and I never had a crash. The voice acting is still not good, but I really didn’t expect anything different after the first game. 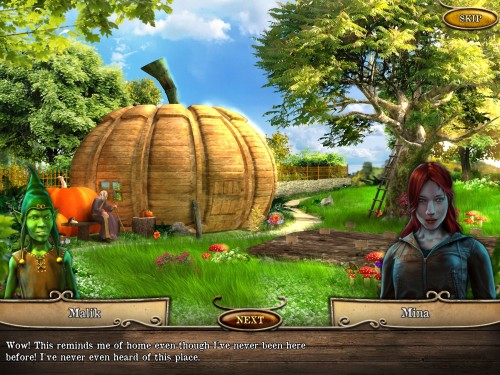 Would use again/recommend?: Yes … for genre/series fans! As I said, the sequel corrects many of the flaws of the original game, and overall is an enjoyable experience. The problem is that the shallow story, mediocre voice acting, and unsatisfying ending make Tales from the Dragon Mountain: The Lair hard to recommend over so many other recent hidden object games such as Twin Moons and the free-to-play ‘Letters from Nowhere’ game.

Suggested changes/wish list for updates: Nothing – the issues I have are about the overall premise and cannot be patched out.

Here is the Tales from the Dragon Mountain: The Lair trailer: