When I was in Barcelona, a “steampunk gastro-bartender” named George made me one of the foulest-tasting alcoholic concoctions I’ve ever tried. It didn’t matter, though. After watching all of the steps he took to create my gorgeous drink, capped with the flavored ice balls he was rationing out as if they were gold, I sipped and pseudo-savored that sucker.

Even if it was pretty, interesting, and completely complicated to make, that drink was obviously too advanced for my palate. I knew that after I got home I was going to have to eventually get some round ice molds so I could make something much less fussy and much less foul. Useful Things recently sent me a pack of Ice Balls, and I am happy to say that I have used them to make adult beverages that are delicious. 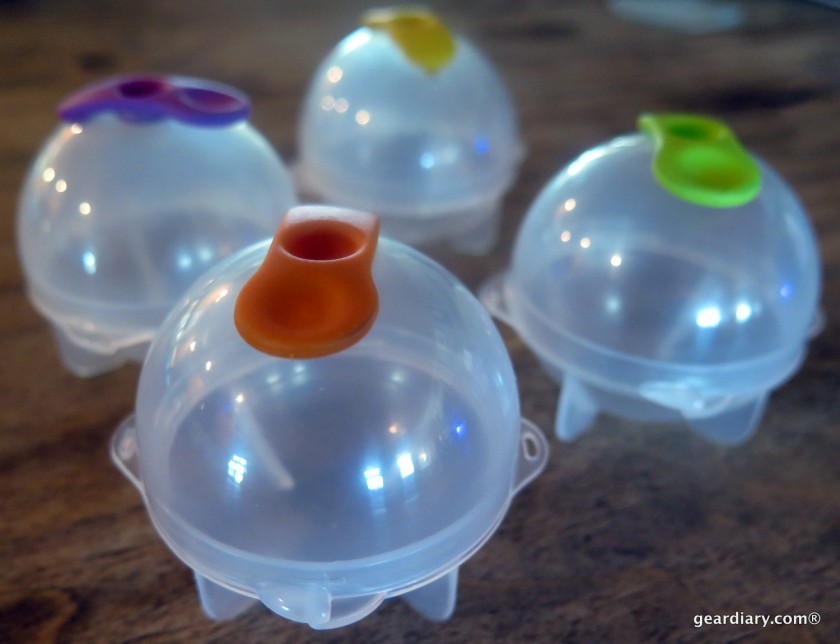 Included in the package were four 2″ spherical molds. They are composed of BPA-free PP plastic and each has a TPR Rubber plug on the top. There are four colors used, so if you are making four different flavored ice balls, you’ll be able to keep them all straight.

My plan was to make a set that would perfectly complement my new favorite drink: jalapeño margaritas. To make a pitcher of these wonderful things, you need 12 ounces of Tanteo’s Jalapeño infused Tequila, 6 ounces of lime juice, and 6 ounces of agave nectar. Part of the drink mixing process is pouring them chilled from a pitcher with ice in it, but you don’t necessarily want ice melting in your drink and diluting the awesomeness after the initial chilling.

The middle of each mold opens so that you can insert larger chunks of whatever. You can be super creative here — add anything that will fit, such as mint leaves, melon slices, or lemon slices. I was making margaritas, so lime flavored ice balls were the obvious choice. 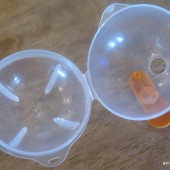 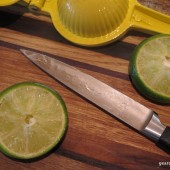 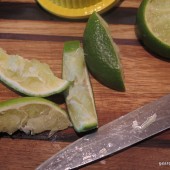 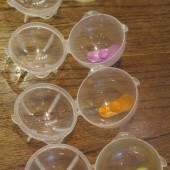 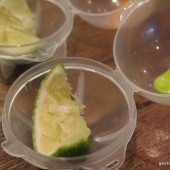 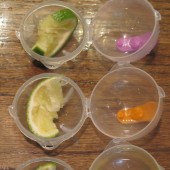 I cut up a lime I had already squeezed the juice from. Trust me, once it was frozen in a sphere, no one was able to tell. 😉 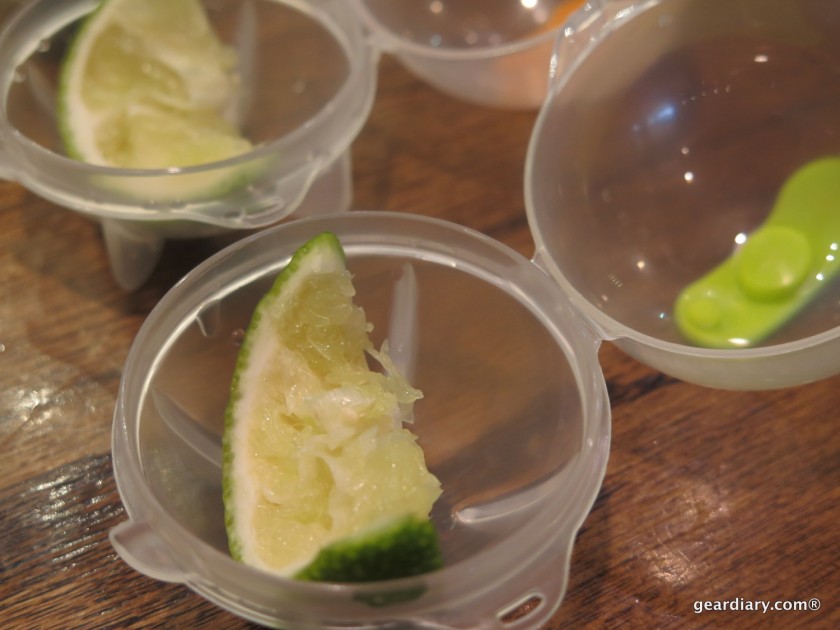 The next step was to close the halves together and fill the ice mold half way with lime juice and then top it off with reverse osmosis water. You don’t have to use RO water, but we have it, and it doesn’t have any of the little deposits that regular tap water might; I figure it makes for prettier and purer ice. 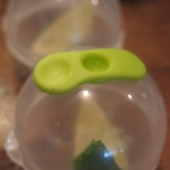 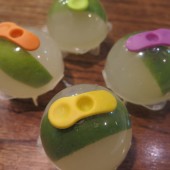 After you’ve filled the molds to the top, swing the stopper back over; you can expect a little bit of water to shoot out. Pop the balls in the freezer, and wait a couple of hours. When you pull them out, you’ll find that the middle part has opened up and expanded a bit, but that’s to be expected. 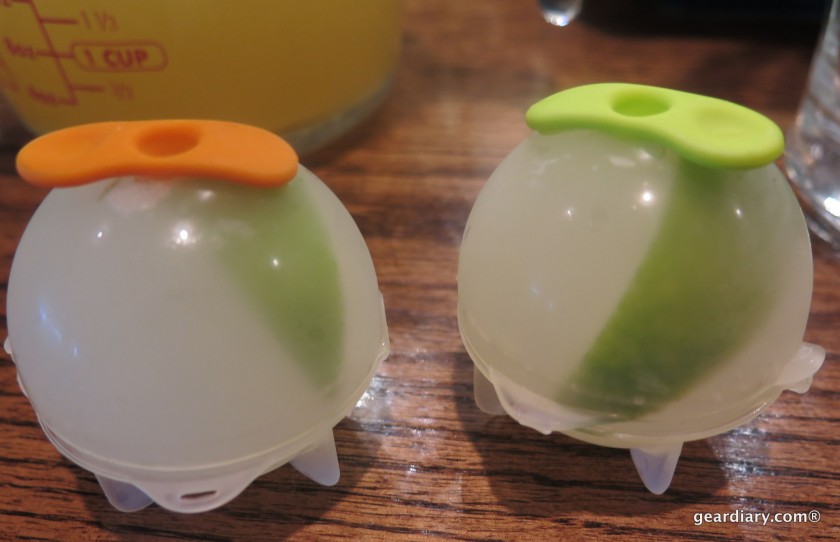 I ran the mold under tap water for just a second, and the it easily opened to reveal this lime flavored treasure. 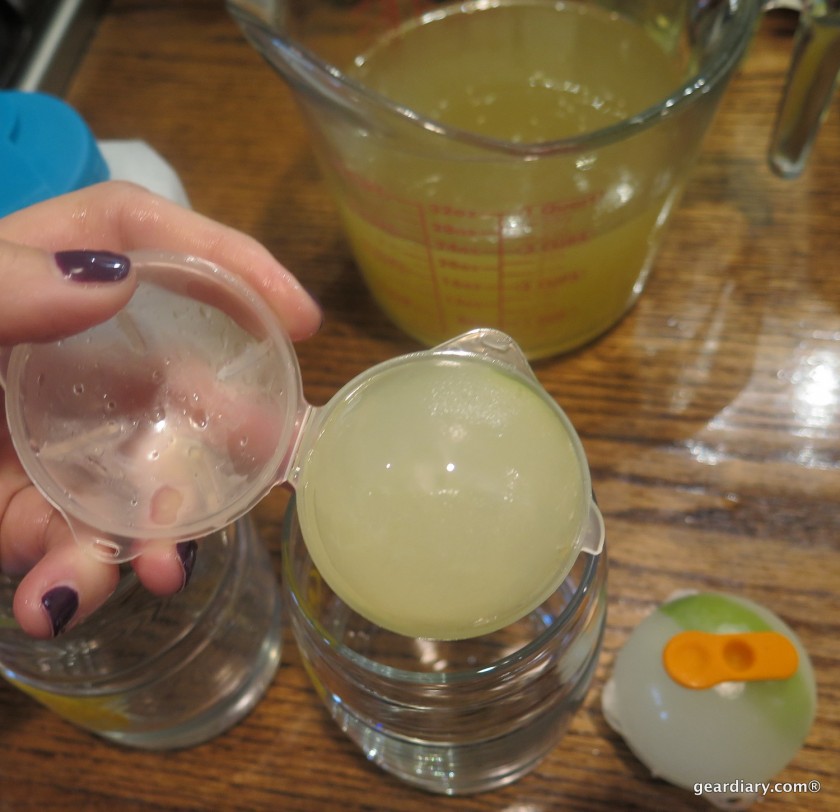 My lime flavored ice balls came out perfectly, and as I drank my chilled margarita the sphere not only kept my drink cold, it didn’t take away from the drinks’ flavor as the ice melted. 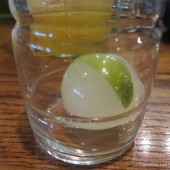 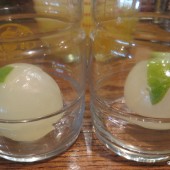 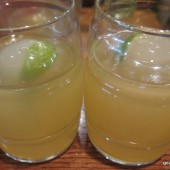 The one downside I can think of is that there are only four molds in a pack; if you are having a party, you are going to want more ice balls! I suppose you could make up a batch of them ahead of time and hoard them in a ziplock bag until you had a good supply, but it might be easier just to buy a couple of sets. And you will want a decent supply of them, because these balls are wonderful in water as well as other cold drinks; kids and adults will want one in their drink.

I’ve got one limesicle flavored ball left in the freezer from last weekend, and I think I have a Diet Coke that would benefit from its presence …  =)

These awesome Ice Ball Molds are available from Useful Things.

What I Like: You can add all sorts of things to the ice balls to give them flavor and visual appeal; Easy to fill and almost foolproof to operate; You (and your guests) will love the extra touch of these extraordinary ices

What Needs Improvement: Four in a pack is nice, but it would be really handy if you could buy a 10-pack