The Pong Case for iPhone 5/5s is billed as an iPhone case that will perform three main functions beyond protecting your phone. First, it is said to improve your phone’s outbound signal; second, it increases your cell reception range; and third, it protects you from potentially harmful cellular radiation. This thin, sleek, and attractive case retails for $59.99. 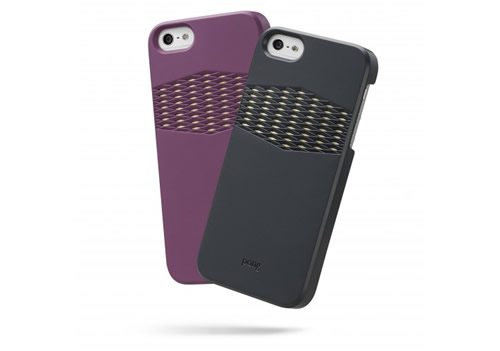 Inside the Pong case lies a golden-colored micro-thin antenna that pairs with the antenna in your iPhone when the case is snapped on. This antenna creates a magnetic field that they say pulls the cell phone’s radiation away from your head and towards the back of your phone. While drawing the radiation away from your noggin, the Pong case also is said to increase your transmitted signal by up to 25% and increase your signal range up to 12%. Keep in mind that Pong does not claim to block the cell phone’s radiation; it only claims to deflect it away from your skull. Pong is sure to note, however, that determining your cell phone’s transmitted signal isn’t as easy as looking at the number of signal bars shown on your iPhone as those bars indicate the inbound signal from the cell tower, which is determined by the cellular network. 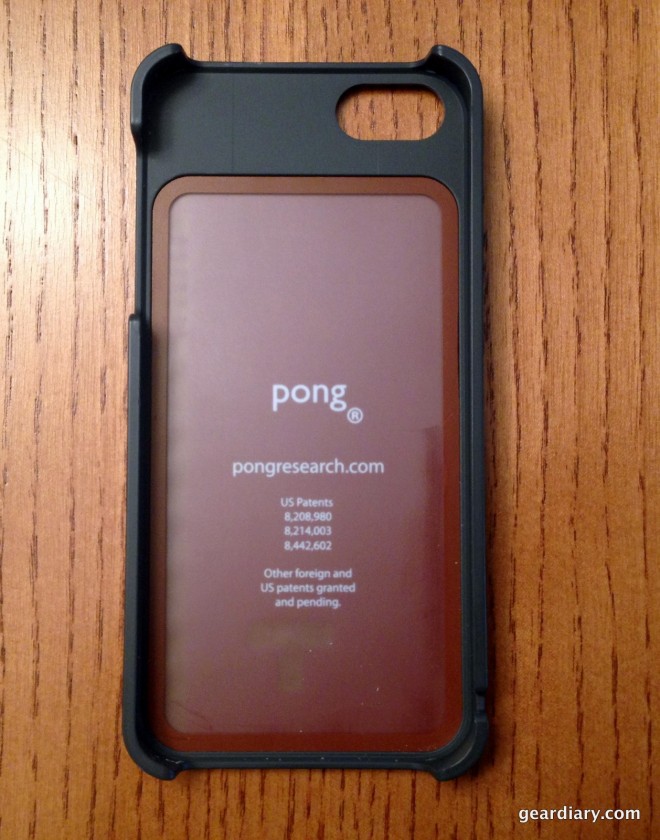 The inside of the Pong Case.

I performed a few data speed tests on my own, the results of which you can see below, but there didn’t seem to be much difference between my naked iPhone and my iPhone sporting the Pong Case. I also did not encounter any dropped calls during my week using the Pong Case, but dropped calls are normally a rarity anyway. There does appear to be independent research out there that supports Pong’s claims of increased signal strength and radiation deflection, however. Check out that link for a good rundown of the findings from Cetecom, Inc., which is an FCC-certified laboratory. 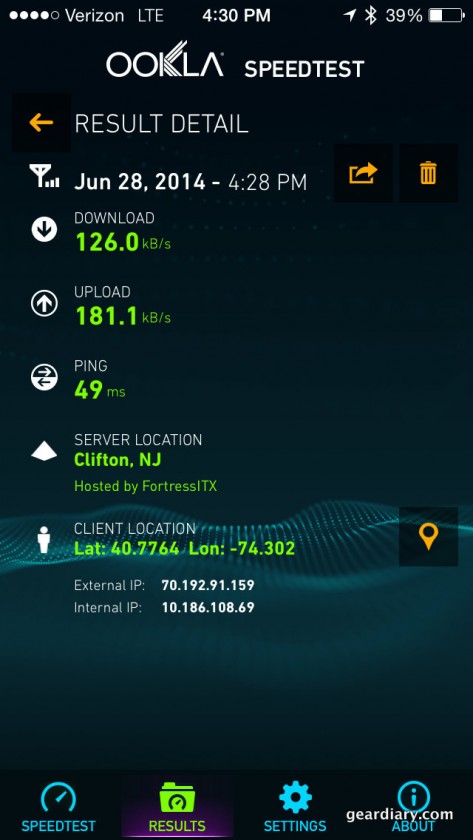 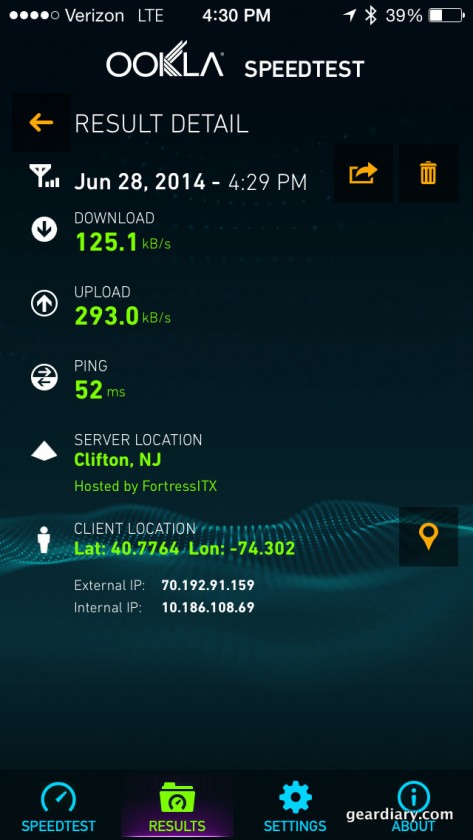 Let’s talk about the case itself, shall we? The Pong Case isn’t overly fancy, nor does it have a ton of bells and whistles. It clamps on to the back of your phone, very tightly I might add, and that’s it…but that’s what I like about it. There are cutouts at the top for your power button, on the side for the mute switch and volume buttons, and again at the bottom for the lightning port, headphone port, and speakers. 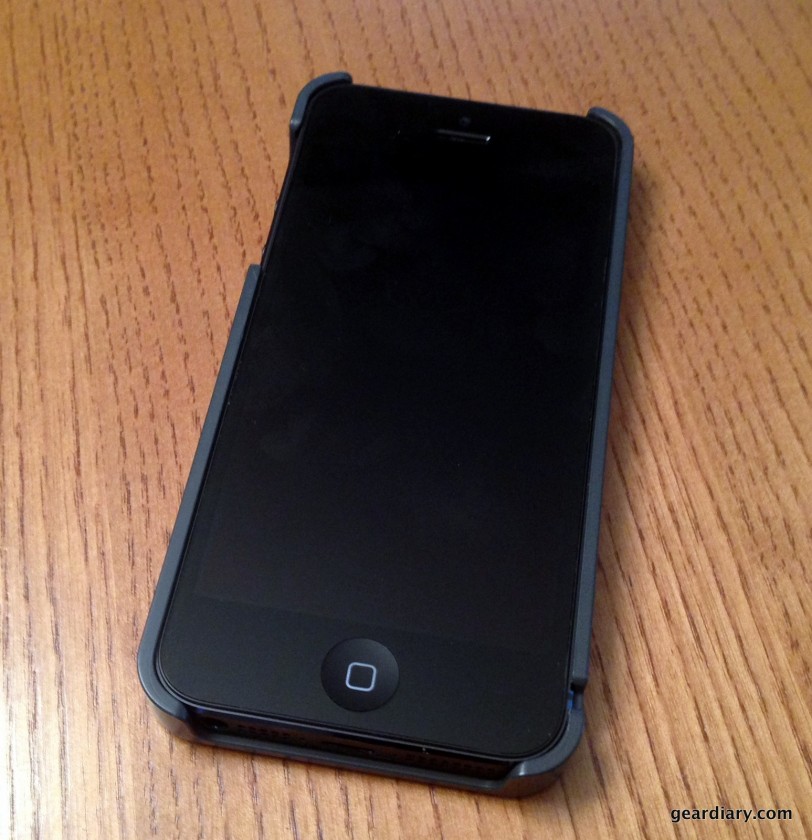 The case itself is very thin and light, measuring at a hair under 5” long, 2 3/8” wide, and 13/32” wide. The case weighs only 1 ounce.  Although the cutouts in the case do somewhat restrict access to the mute and volume buttons, it’s very minor and really not noticeable once you get used to the case. There is no screen protection with this case, however, so if you’re afraid of getting scratches on your screen, you’d best buy a screen protector along with the case. Speaking of screen protection, the Pong Case does protrude off of the screen about 1/32 of an inch so there is a little bit of screen protection built in there. 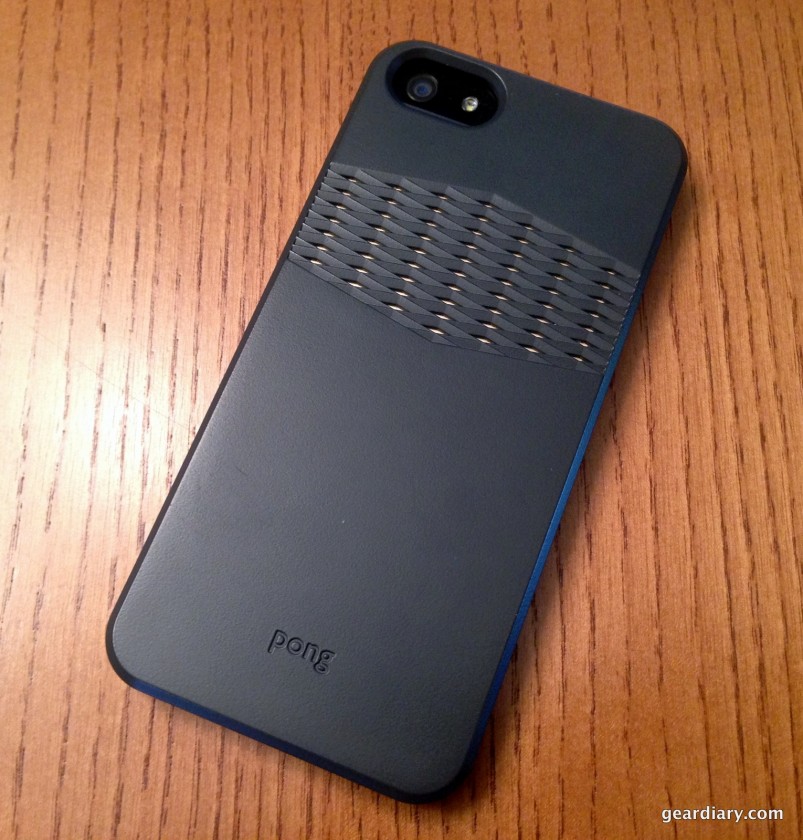 The Pong Case is also stated to protect your phone from drops of up to 4 feet and was drop-tested to US military specifications. Another nice thing about this case is that Pong offers a 60-day money back guarantee. If you purchase the case directly from Pong or through Amazon with Pong as the seller, you can return your case within 60 days and get a refund or exchange if you’re not happy with the case for any reason. 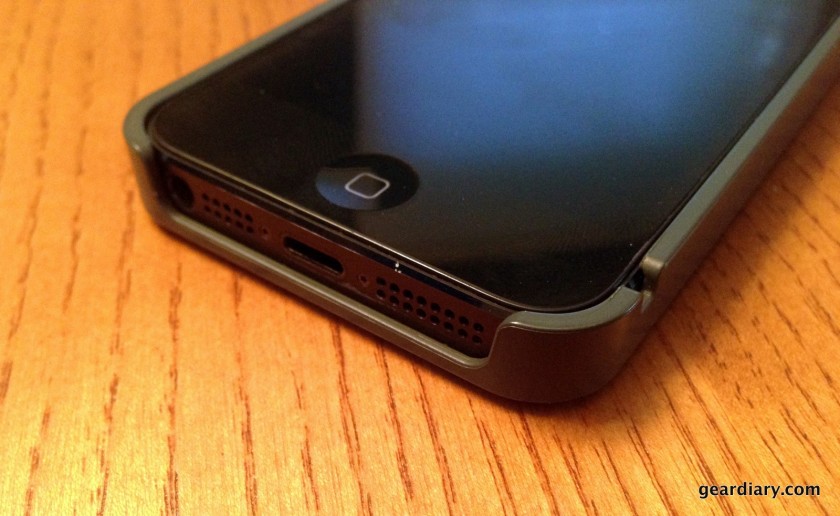 To be honest, this is my favorite kind of iPhone case. I hate heavy, bulky cases that add unnecessary weight to the phone since I normally carry my phone in my pocket. The Pong Case is attractive but not overstated, the reveals on the back that allow the gold antenna to shine through is a beautiful design choice. The only thing I don’t like about this case is that it’s very difficult to remove. In order to remove the phone, I had to slip one of the top corners off of my phone and then push through the opening for the camera to get the top of the phone out. Then, I had to bend the case down enough for it to let go of my phone, all the while being afraid that the case itself was going to snap. Fortunately, it didn’t snap and it’s ready to be placed back on my phone.

I would absolutely recommend this case to anyone who is worried about cell phone radiation as well as anyone looking for a sleek, lightweight iPhone case.

You can purchase the Pong Case directly from the manufacturer and their website.

Source: The Pong Case was provided to me as a review sample by the manufacturer.

What I Like: Attractive; Lightweight; Thin; Deflects radiation away from the user; Enhances signal strength.

What Needs Improvement: Case fits a little too tightly to the phone.