Two weeks ago, I went on another business trip.  Since I had just bought the Chromecast, I thought I would take it with me to have something to watch in my down time. While I was able to get it to work, it wasn’t the easiest thing to do, so that might be enough to make you rethink taking that tiny Chromecast. It’s not impossible, though! 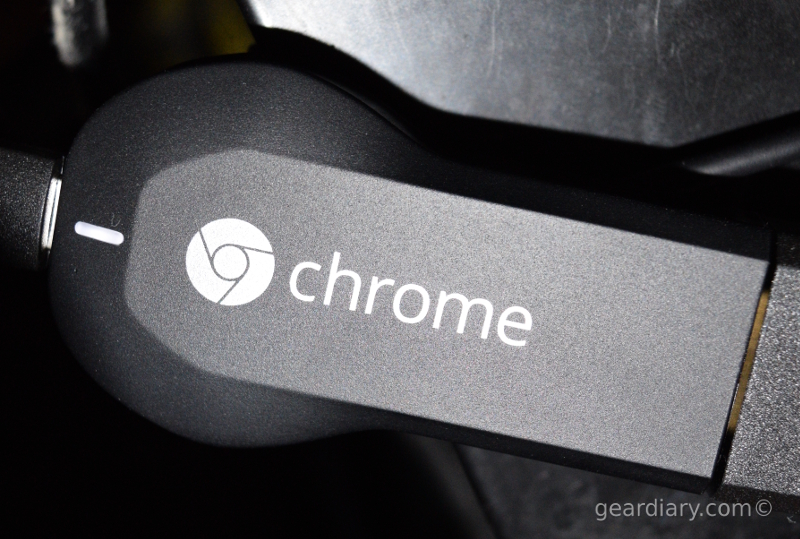 There are a couple of immediate issues that you’ll run into when trying to access the internet with a Chromecast or other set-top box:

How did I get it to work?

Most hotel WiFi installs have you visit a web page to enter your in-room info and other things before they will actually let you have access to the internet. So to work around this, I thought I would take a travel router.  I took one of the TP Link routers similar to the one I reviewed a while back. While I was able to plug the travel router into the wire that was in my hotel room, I wasn’t able to actually get this to work with anything but my laptop or phone. The Chromecast would see it, but even though I had ONE device authenticated through the web page, it still wanted each device that attaches to the access point to visit the web page before it would work. One other trick I did try was to use Windows internet connection settings and it had the same issue.

What finally worked was using my 4G hotspot that I had also brought with me. I was able to control the Chromecast, and I watched one movie. This worked well, but the problem is that I have a data cap.  While my cap is a healthy at 10GB, I didn’t want to push hitting the cap this month, so I skipped using it the rest of the time and lived with watching TV or using my Nexus 7 to watch movies. Other tricks you can try is to use the hotspot feature built into your phone — although you can still run into data cap issues there.

What needs to change to make these more useful on the road?

The big thing that needs to change on the Chromecast, Roku and other set top boxes like this is the addition of a real web browser and a way to authenticate on the hotel WiFi. Doing this would at least enable the Chromecast to stream from Netflix and other services IF the WiFi in the hotel is speedy enough. Local features still may have issues, as many hotels tend to block device to device sharing on their network to protect their customers from hack attempts. It would be nice if they had a router or a way to share between devices JUST in one room, but it’s not likely to happen in a hotel as they would much rather you use the pay per view services in the room than for you to watch your own content on your own media or to stream Netflix.

So what should you take with you for entertainment?

Bring your tablet or an iPad with you as it will serve you much better on the road than a Chromecast or Roku. You may also want to try taking content on your laptop or on a USB drive, and see if your room’s TV supports USB. You can also bring HDMI docks for your phone if there is one, as there usually is an HDMI input on your TV.

One would hope that this would get easier with time, but hotels have no reason to make this easier for travelers, and they may even block these types of devices once they do start to add browsers to authenticate. After all, hotels would rather charge you a ridiculous rate to watch a movie in your room than allow you to watch content you’ve brought with you — streamed through a Chromecast or other device.