I began my technology love back in the days of Palm OS, so I have a soft spot in my heart for the lowly stylus. The Dart Stylus brings back some of that old-school nostalgia, since it features a 2mm tip instead of a large rounded one, but will this “active stylus” replace my finger for precision work? 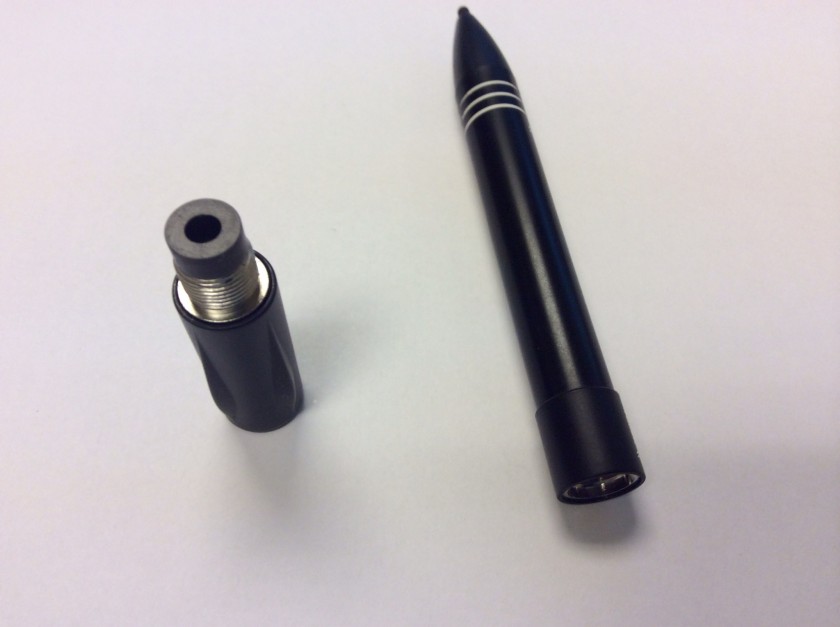 The Dart Stylus is a bit more complicated than just a regular capacitive stylus. It has a thin, hard tip that activates as a capacitive stylus when you turn it on. This is designed to make it more accurate than the usual rounded-tip stylii you might see, but it does mean the stylus requires a single AAAA battery (two are included, a nice touch) to function properly. The good news is that you don’t need to pair your stylus, or use a special app; once you turn the stylus on by twisting the top cap, you’re good to go on any capacitive smartphone or tablet.

I tested the Dart Stylus on my iPad Mini with Retina display and on my HTC One M8. Both these devices use capacitive screens, and I’ve had no issues with touch sensitivity on either one with my fingers. However, there was a shocking world of difference between the iPad Mini+Dart Stylus, and the HTC One M8+Dart Stylus. If I hadn’t had both devices to test this, I would have honestly thought the stylus was defective. 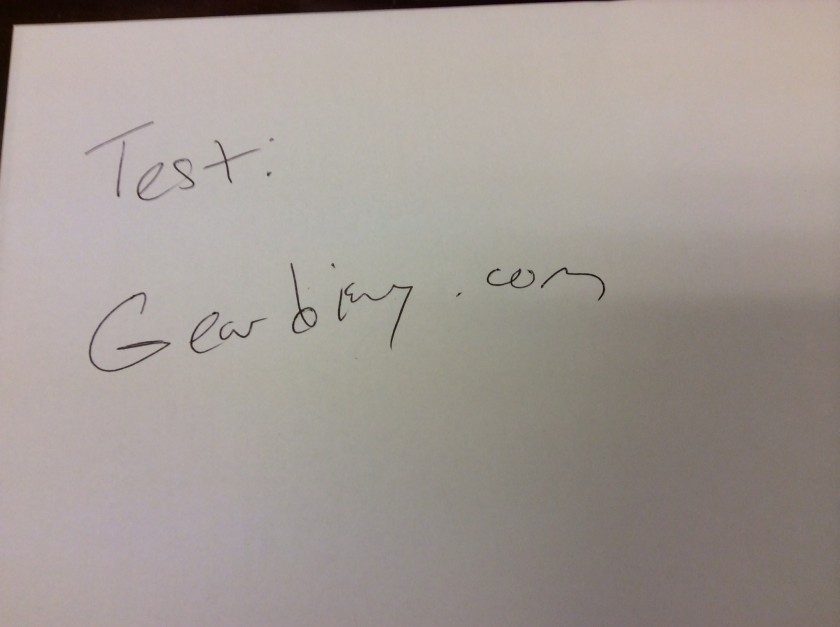 This is the control note, pen to paper

First, and more disappointing, was the performance with my iPad Mini. It required significant pressure to connect to the screen for general typing and selections. In fact, it required so much pressure I worried I was going to hurt the stylus from pressing too hard! I found that if I held the stylus at juuuuuust the right angle, I could get it to register most of the time, but it was fairly unnatural for long-term use.

My iPad was on a stand for some of the testing, and then I moved it to flat on my desk to insure the angle of the iPad was not the issue. No matter how I had the stylus and iPad positioned, I couldn’t comfortably get it to select items on the screen, and note-taking and sketching was quite laborious, since every few strokes it seemed like the stylus just cut off the connection. My handwriting and sketching are already awful, but when you add in the dropped strokes, you get virtually unreadable notes and even worse artwork than usual. 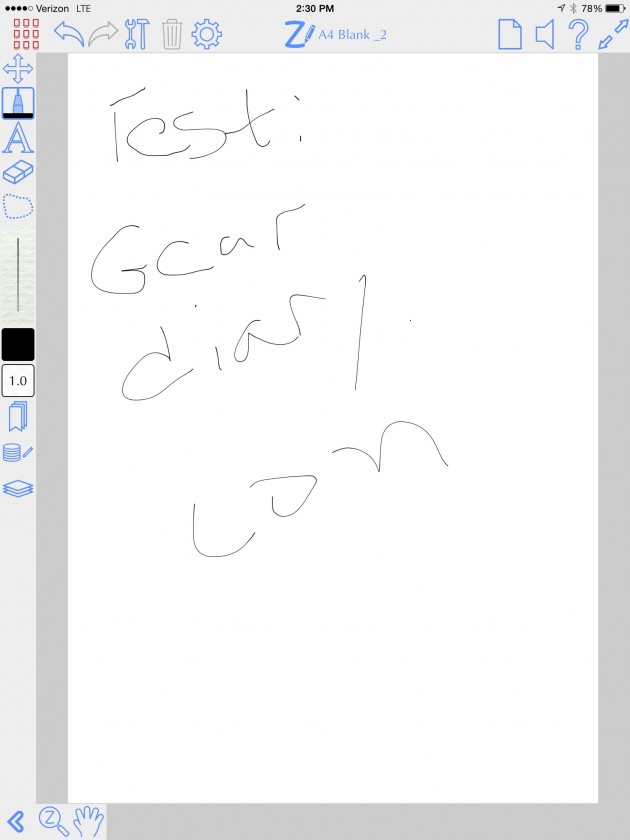 This is the iPad Mini test

Meanwhile, I found the opposite to be the case with my HTC One M8. The Dart Stylus was so responsive I could use it to double-tap to wake the phone, tap out messages on the keyboard, and even use it with Swype! Jotting notes was also quite responsive, and I found the biggest limitation was screen size-the stylus was an absolute dream the whole time. If I had never tested this on iOS, I’d have a very favorable opinion of this stylus right now. 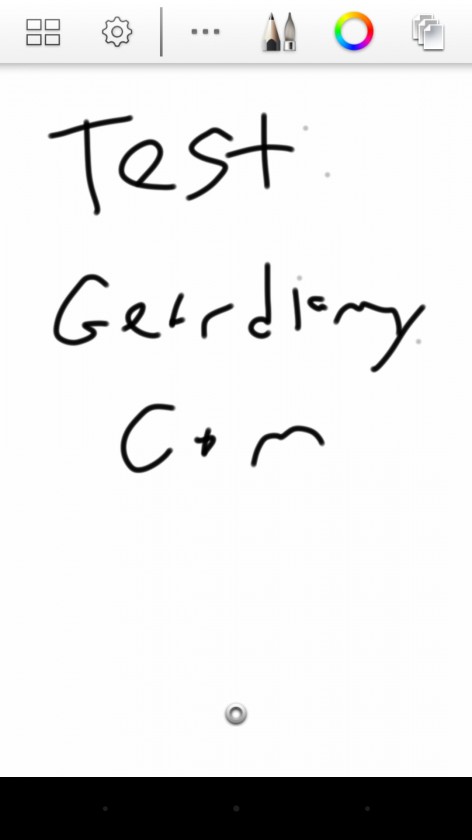 This was on the HTC One M8

But I can’t look past the poor performance on the iPad. And it’s not just me, as I am actually taking the second look at this stylus; Dan Cohen tested it first, and he asked me to try it because his experience was so poor. Both of us found the iOS response time with the Dart Stylus to be absolutely dreadful, with lots of dropped strokes and missed taps. Meanwhile, Android and the Dart Stylus are like a match made in heaven.

Should you buy the Dart Stylus? If you’re willing to give it a shot on iOS, it’s a well-built and attractive stylus, but we can’t guarantee you’ll have a great experience. If you have an Android device, it seems to work far better. In any case, I have very few quibbles with the hardware, except that a clip would have been a nice addition to keep it from being misplaced. Beyond that, the issue lays entirely with the way the stylus interacts (or fails to interact) with an iPad. This stylus isn’t cheap at $59.99, and it would be nice to have a more consistent experience for that kind of money.

What I Liked: Hefty, comfortable feel; works extremely well with my HTC One M8

What Needs Improvement: Terrible performance on my iPad with constant dropped swipes and taps.