This has been a roller coaster week for eBook fans. If you’re an Amazon Kindle fan, it’s been a positive coaster; there are new Kindles galore! On the other hand, if you’re a Barnes and Noble NOOK fan, you just lost the ability to download NOOK books directly to your computer. Disappointed? Happy? Unsure? Read on for more details! 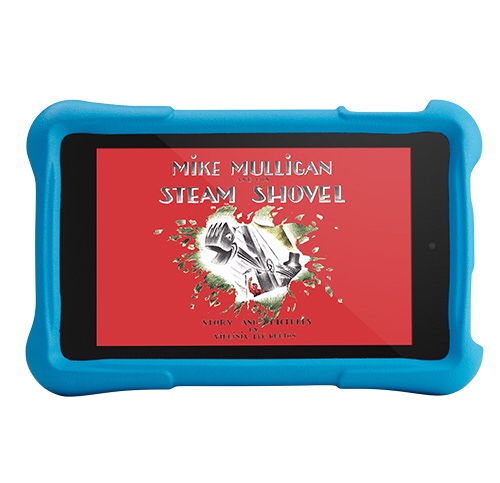 Let’s start with the good news: Amazon has released a number of new Kindle Fires and even new eInk Kindles! They have a bumped up Kindle HD for only $99, a new 8.9″ Kindle HDX ($379), plus a kid-friendly Kindle HD ($149) with a protective case and two-year damage replacement guarantee. Meanwhile, on the eInk side, they’ve bumped up the low-end Kindle ($79) to include a touchscreen, and debuted a super-sharp screened eInk model called the Kindle Voyage ($199).

Of all these new Kindles, I think the Kids Edition Fire and the Kindle Voyage are the most intriguing. I can testify from personal experience that small children love tablets, but they are not the most gentle creatures. By throwing a Fire HD in a protective case, Amazon is already reducing some of the risks of damage, and the $49 premium over the regular Fire most likely covers much of the damage guarantee they’re offering. They’re also throwing in extras like a free year of Kindle Unlimited, and don’t forget that Fire OS offers restrictions like Kindle FreeTime to help parents keep track of game and video time versus reading time. It also starts kids and parents in Amazon’s ecosystem early, and I am sure Amazon’s plan is to lead them straight into more expensive Fire devices as they grow.

The Kindle Voyage is an interesting device. It’s quite expensive at $199, but Amazon is touting a super high-resolution and special bezels that allow you to turn the page without touching the screen. It’s not cheap, and it’s not going to appeal to the average reader, but this strikes me as similar to the Kindle DX. It’s for the people who really need or want a higher resolution, a flagship for the hardcore readers. Eventually, many of those features will trickle down to the lower end Kindles, but Amazon can still show off their innovations on the high-end first. Amazon isn’t afraid to lose money or break even, and a device like the Voyage shows there’s still a strong commitment to pure reading devices, even if they only sell a handful at that price.

So that’s the good news from the new Kindles side of the eBook world. On the other hand, Barnes and Noble upset some of their more dedicated fans this week by ripping away the ability to

On the other hand, Barnes and Noble upset some of their more dedicated fans this week by ripping away the ability to download titles to their computers. This may seem like a minor change for many, but it can be problematic for those who want to keep copies of their books saved as backups. It also means anyone with a NOOK who does not have WiFi can no longer download a book to their computer and then sync it over to their NOOK. Officially this change is for “security” reasons, apparently. Unfortunately, it’s impacting a vocal subset of users who are quite upset. It also does not help that B&N has made it clear the ability won’t be returning. This is just unfortunate timing for B&N, as it draws more attention to their lack of ongoing love for eBooks at a time when Amazon is showing they still stand strongly behind that market.

Did the B&N download fiasco impact you? Are you planning on snapping up one of the new Kindles? Let us know where you stand!