It’s my goal to make sure my son appreciates learning. He’s shown an early love of science, as his favorite CD is They Might Be Giants “Here Comes Science“. It’s great to see that as he grows he will have more options, like the soon to be released Trobo, the Storytelling Robot who focuses on Science, Technology, Engineering, and Math! 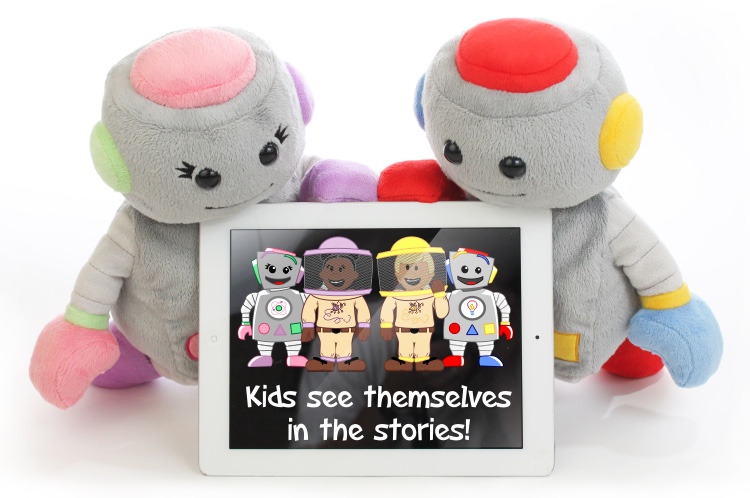 This was a successful Kickstarter campaign, and the company is now taking general preorders (at $59.99 a robot). There’s the ridiculously adorable stuffed robot, as well as a companion app for the iPad that adds stories and interactivity. Best of all, the stories are, of course, STEM themed, covering chemistry, weather, physics, engineering and math!

The company says they plan to produce and ship Trobo in 2015, so keep your eyes peeled. If you’re interested you can head to their site to preorder, and look for a future review from Gear Diary’s pint-sized reviewer/destroyer of phones!