My synagogue’s executive director recently asked me to look into purchasing a conferencing device so Board members unable to attend our monthly meeting could still be part of the conversation. I’ll admit it never would have occurred to me to check out the IPEVO VX-1 Internet Conference Station were I not offered one for review. I was and am impressed.

The unit costs just under $220 and has the functionality we need AND the simplicity that makes it useful to anyone at any time. 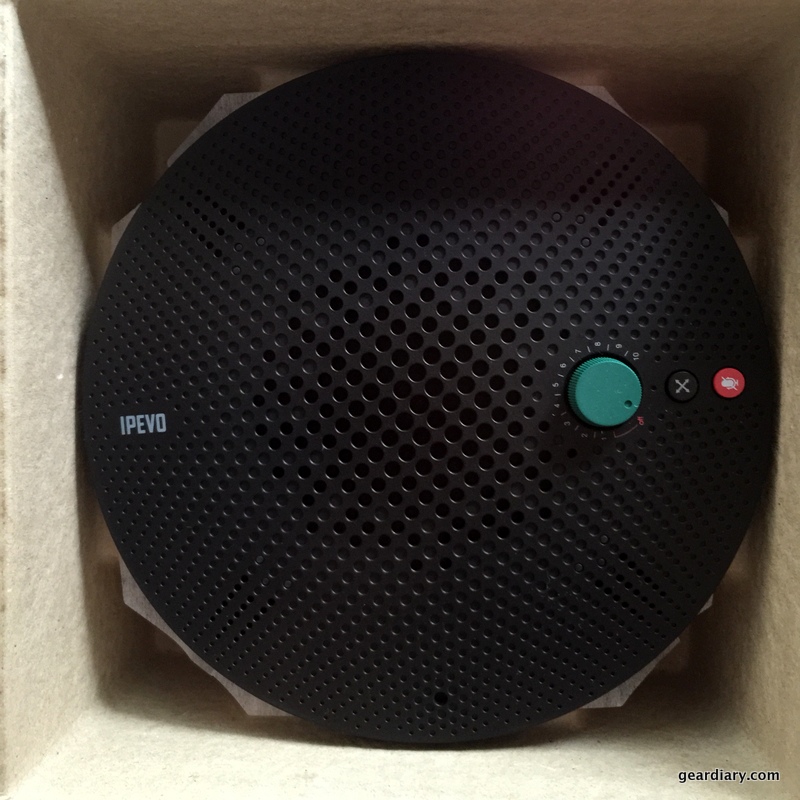 The IPEVO VX-1 is designed to overcome the microphone and speaker limitations most smartphones and tablets have and answer some common complaints associated with trying to hold remote meetings over Adobe connect, GoToMeeting, Google Hangouts, Skype and similar VOiP services. Among the complaints:

The IPEVO VX-1 Internet Conference Station is specifically designed to overcome these issues and make conference calling as easy and hassle free as possible. 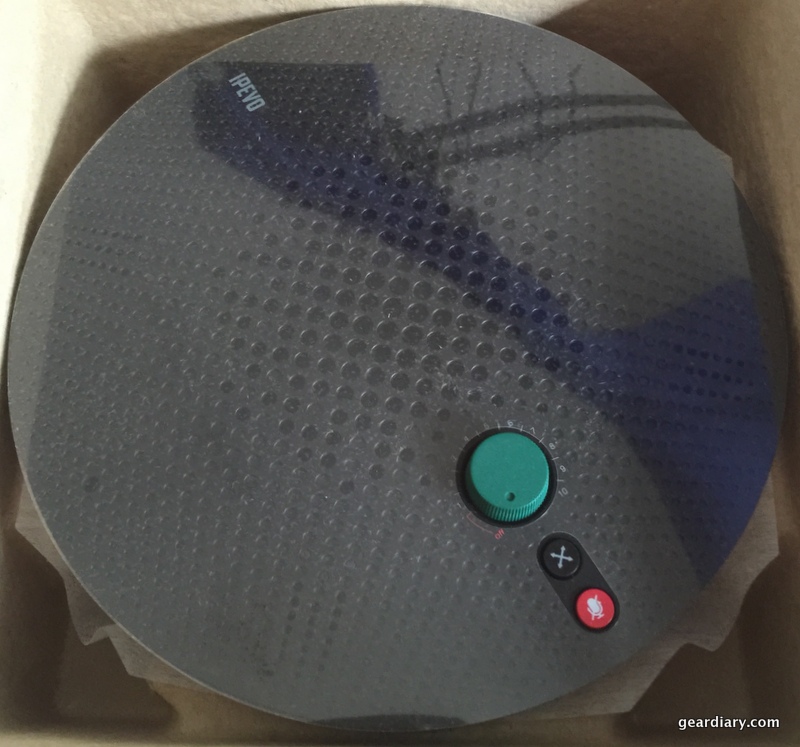 Inside the unimpressive packaging you will find: 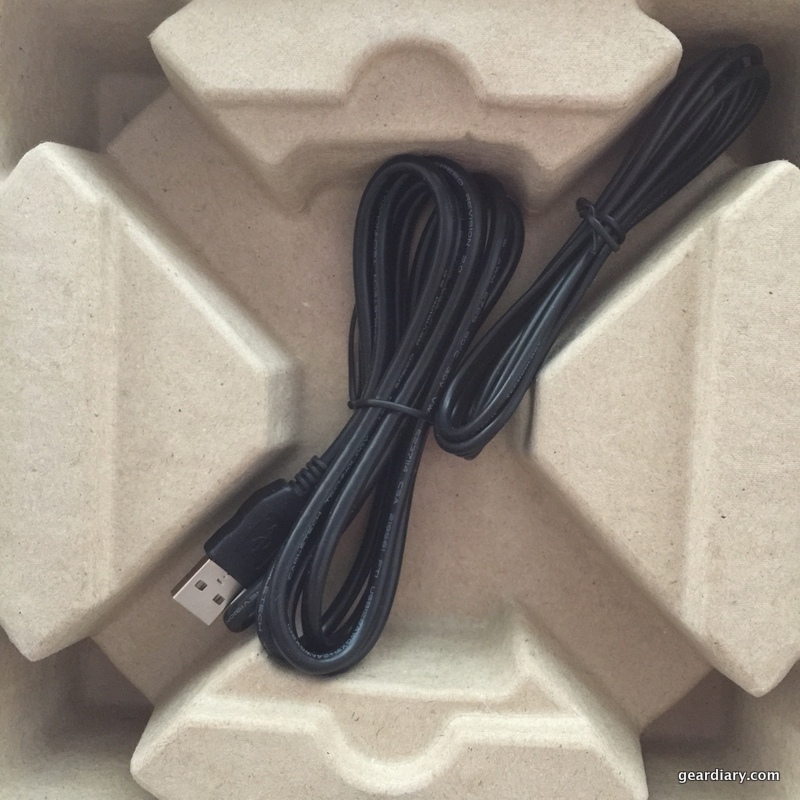 That noted, one of the issues created by DSP is that it can distort voices and make transmitted voices flat high or simply sound different from the actual speaker would in person. To compensate for this issue the VX – 1 includes another specialized sound processor that enhances, clarifies and smooths voices. “This includes rich reproduction of both low frequencies and high frequencies across a wide dynamic range. So whether low pitch, high pitch, male or female, all voices are optimized and clearly intelligible.”

Finally, the system is a full-duplex system that allows both sides to communicate at the same time. There’s no more issue with speaking over each other and having to wait until their silence on the other side before you can actually have your voice transmitted. In other words, the technology packed into this small round communication system allows voices to be transmitted in as natural away as possible and allows the conversation to unfold in as close to the way it would had everyone been in the same room as possible. 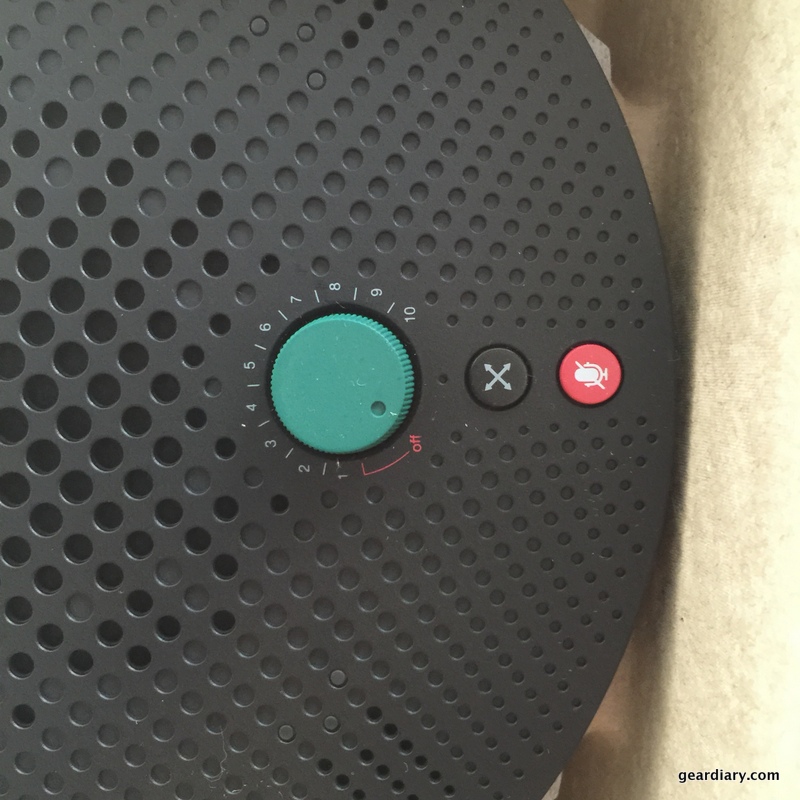 Another downside of technology can be the challenge of actually using it. If you need to get a PhD before you can operate a new device it’s simply not a well-designed device. Technology should be innovative and simple. It is, in fact, at the cornerstone of why Judie initially started this website. Technology should be easily discussed in the language real people use and it should be simple enough for anyone to get going within a few minutes of un-boxing whatever device it is they are looking to use. That’s the same approach that was taken toward developing the interface with this speakerphone.

One knob controls both the power and the volume. There’s no stepping from one digital level to another but rather a simple knob that is turned. When put all the way in one direction the speaker turns off. As you turn it in the other direction the volume is increased. Simple and intuitive is the hallmark of this design.

In addition, there is a single mute button that allows the speaker to immediately turn off all the microphones in use. This allows you to have a confidential conversation with the touch of a button. And since it’s important to know when the mute button is on and when the microphones are actually picking up your voice there are red LEDs to let you know when your muted. If the LEDs are on you can’t be heard on the other side. If the LEDs are off your voice is being picked up. Again, it is simple and straightforward. 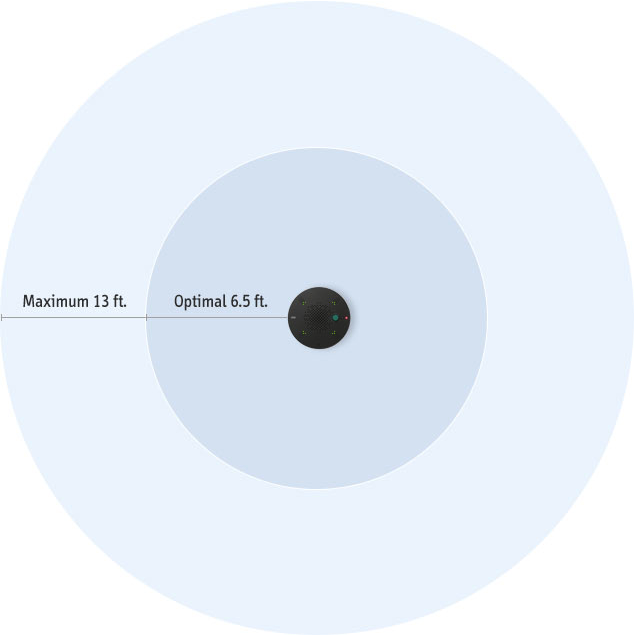 The Omni Mic is the default microphone. This receives sound evenly around the full 360 degrees of the circular device. Intended for capturing the voices of everyone around the speaker evenly and equally. In this mode the VX-1 has a maximum pick-up of 13 feet and an optimal range of 6.5 feet. 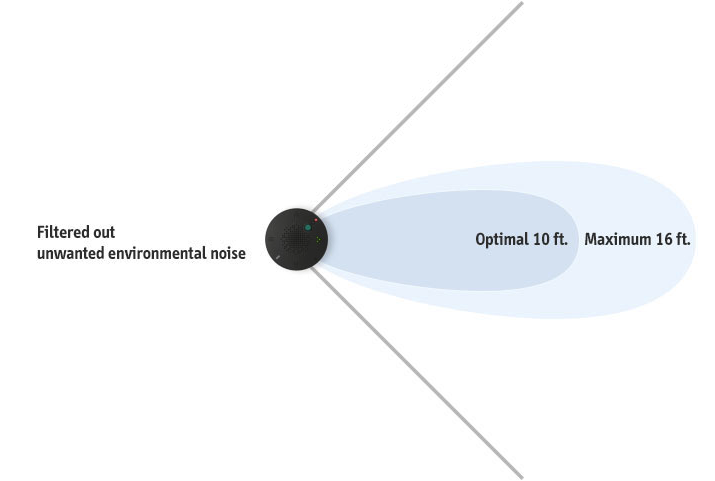 The mode has a maximum range of 16 feet and an optimal range of 10 feet. 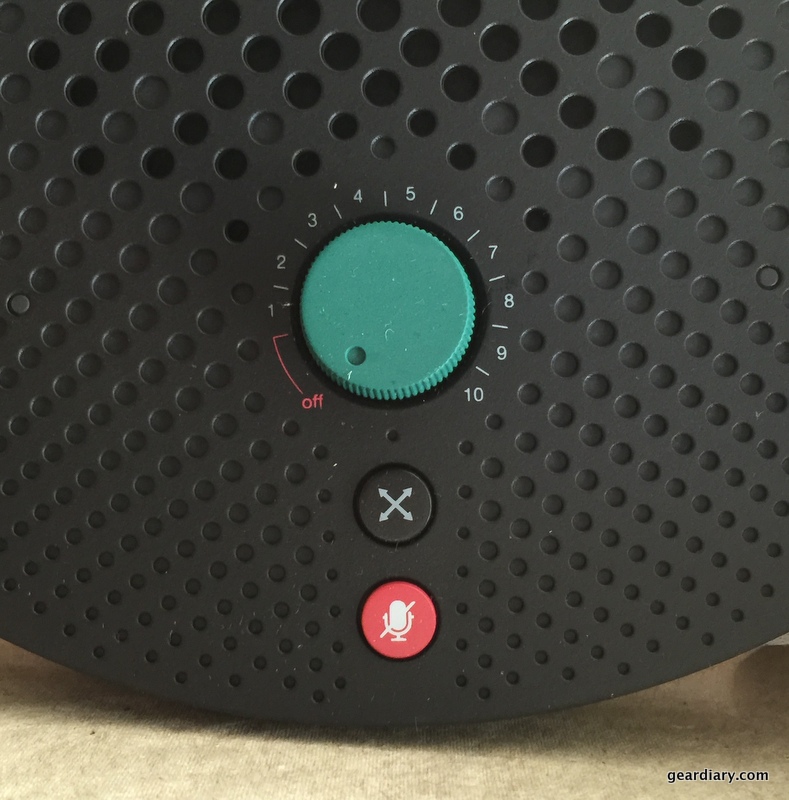 The button for adjusting the zones is as simple and straightforward as the power and mute buttons. You can switch directly between default mode and enhanced mode with the press of a button. 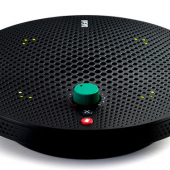 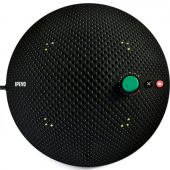 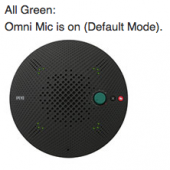 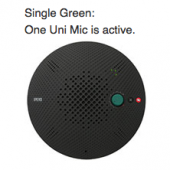 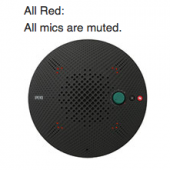 Hitting the button multiple times allows you to switch between the microphones when in enhanced mode. In order to make sure you know whether you are in one mode or the other and which microphones are on in enhanced mode there are LEDs on the top of the unit which clearly indicate which microphone is currently active. That way you can switch the microphone around the speaker depending upon who is doing the talking at any given point.

Finally, a device that has a simple user interface but is difficult to set up makes no sense. This unit works right out of the box. There is no extra software to install and there are no drivers. Simply plug the device into your Windows PC, Mac computer, or i-device and launch the conferencing software you plan to be using. You can even simply make a phone call over standard cellular calling or Face Time and allow the unit to serve as your speaker and microphone.

Other than computer or iDevices, can I use VX-1 with other cellphone or tablets?

No, the 3.5mm audio cable is compatible with iPad, iPod and iPhone only. Using it with any other cellphone or tablet may result in no microphone support or too low in speaker volume.

One downside to the device is that it only works with i-devices. If you plug a different tablet or phone into it there’s no guarantee that the audio will be fully functional or at the proper volume.

Features of the IPEVO VX-1 Internet Conference Station include:

I’m finding myself doing more and more conference calls for both Gear Diary and my rabbinic work. Most of the time I end up using an iPad as a speakerphone for such calls and it is inevitably a disappointing experience. The fact that this system works right out of the box and is specifically designed to work with my iPhone, my iPad or my Mac makes it something definitely worthwhile and desirable. And while I see myself using it at home initially I suspect that this is something that I will be bringing into the office and allowing anyone on my staff to make use of. After all, as life gets busier it’s increasingly difficult to get everyone on the committee or the board together in the same place at the same time. This communication system will enable them to be there virtually in a far easier and more accurate manner than ever before. You can learn more here.

What I Like: Simple setup and use; Small enough to take with you to meetings; Inexpensive enough to buy more than one for large organizations; Works well

What Needs Improvement: Works with PCs and Macs but limited to mobile devices from Apple